By now, STOGIES World Class Cigars’ H-Town Lancero Series should need no introduction. There is no store that is known for selling lanceros, typically the slowest moving vitola in a humidor, than the Houston-based retailer. So it was no surprise when the ongoing series of releases from different manufactures turned out to be exclusively composed of long and skinny vitola.

The newest release in the series is the Herrera Estelí Edición Limitada H-Town Lancero, a 7 x 38 lancero that incorporates the same Connecticut broadleaf maduro wrapper, Brazilian mata fina binder and Nicaraguan fillers tobaccos that were found in the company’s Herrera Estelí TAA 2016, which was released exclusively to members of the Tobacconists’ Association of America in April. As with all of the H-Town cigars, the new Herrera Esteli is a limited release, priced at $12 each with only 500 boxes of 15 cigars having been produced. 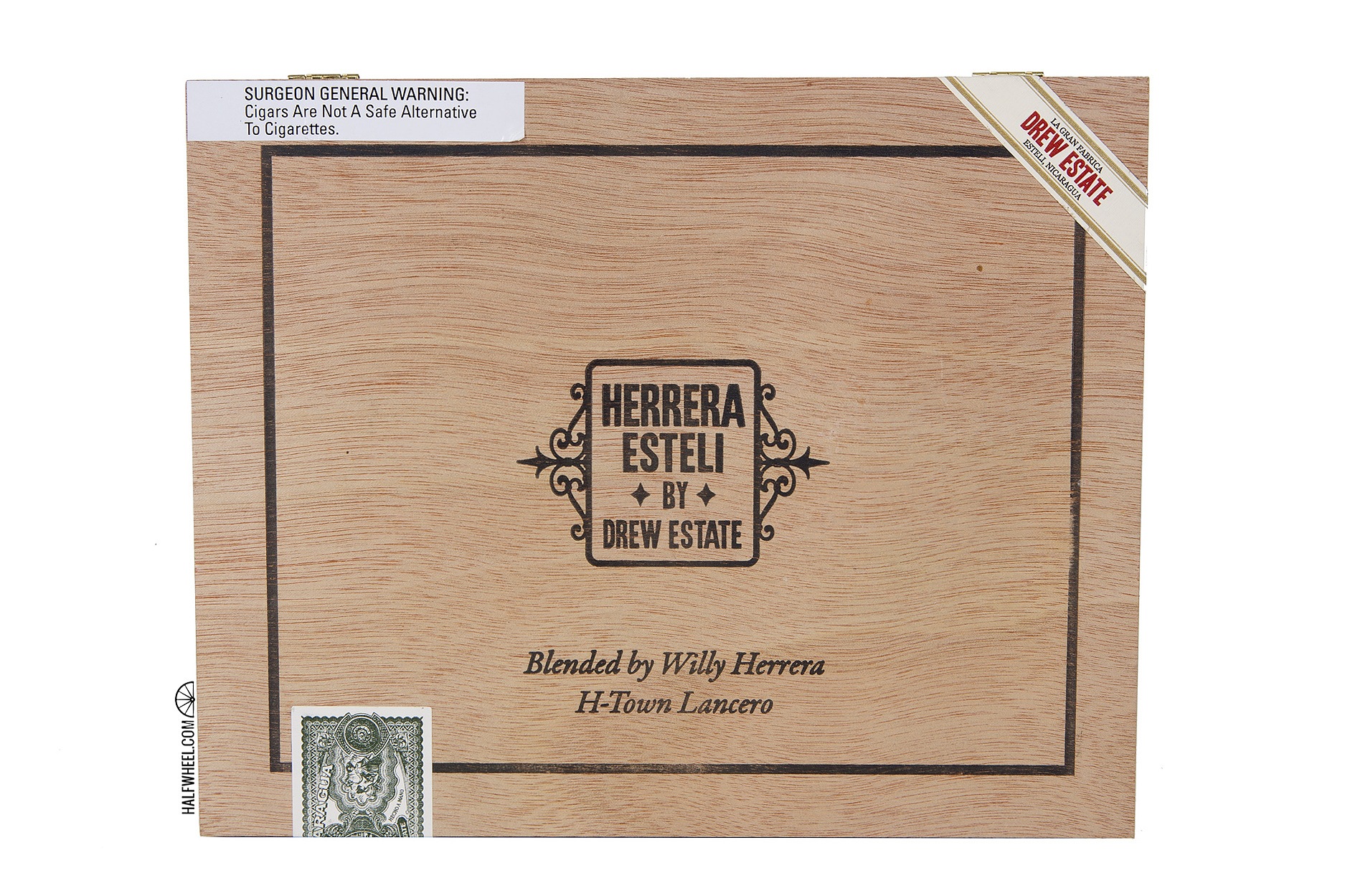 There have now been 12 releases in the H-Town Series. The cigar is covered in an espresso brown wrapper that is devoid of oil and sandpaper rough to the touch. There are multiple viens running up and down the length, but none of them are overly annoying, though the cigar is quite spongy when squeezed. Aroma from the wrapper is a combination of creamy oak, dark cocoa nibs, black pepper, manure and vanilla sweetness, while the cold draw brings flavors of a huge creamy oak, leather, gritty earth, peanuts and the same vanilla sweetness from the cold draw.

It starts off the first third with a very obvious and dominant creamy oak note carried over from both the aroma and cold draw, interspersed with lesser flavors of anise, barnyard, hay, fresh brewed coffee, cocoa nibs and leather. A wonderful vanilla sweetness is noticeable on the finish, while there is a small but obvious white pepper on the retrohale that seems to be getting stronger as the first third burns down. The draw is fantastic after a simple straight cut, the burn is razor sharp and the smoke production is massive off of the foot. Strength-wise, the H-Town starts off fairly mild, but ends up close to the medium mark by the time the first time comes to a close. The vanilla sweetness that was such a major part of the profile in the first third seems to dissipate quite a bit in the second third of the H-Town, becoming less of a dominant flavor and more of a complimentary note that combines with the creamy oak coming right behind. Other flavors of cocoa nibs, black pepper, coffee beans, hay and gritty earth flit in and out, while there is a slight ancho chili note on finish that is gone almost as soon as I register it, although it is strong enough to throw off the balance a bit. Construction-wise, the draw continues to impress, and while I have to correct the burn once just after the halfway point, it was never in any danger of getting out of control. The overall streghth easily hits the medium mark by the end of the second third, but seems to be content to stay at that level, at least for the time being. 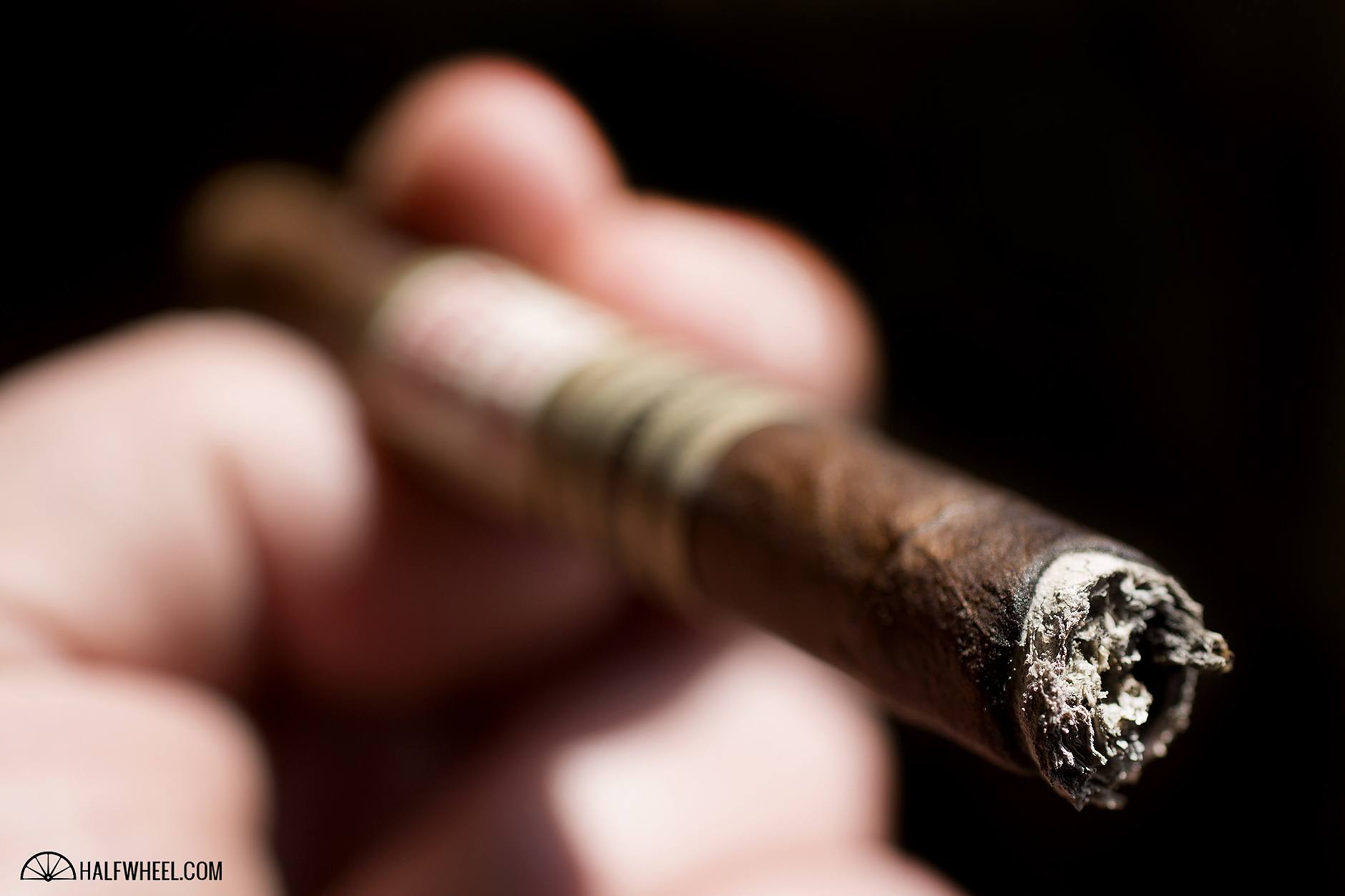 Although it is never a major part of the profile, the ancho chili note on the finish continues to pop up now and again, screwing with the balance of the cigar when it is present. However, for the most part, the dominant flavors continue to be a very distinct creamy oak combined with hay and dark chocolate. Other notes of fresh coffee grounds, earth, barnyard, dried tea leaves, black pepper and a touch of floral are obvious at different points, while the vanilla sweetness from the first two thirds has morphed into more of a graham cracker note. The burn has evened up nicely and the draw continues to impress, and although the strength does increase slightly compared to the second third, it barely makes it past the medium mark before settling down for good, and I put the nub down with less than an inch to go. There is no doubt that the Herrera Estelí Edición Limitada H-Town Lancero is a good cigar, with plenty of flavors that kept me interested and fantastic construction. However, it is fairly obvious that the first third is superior, with the balance suffering a bit during the final two thirds of each sample, and the blend could have used a bit more sweetness overall as well. Although I liked the Herrera Estelí Edición Limitada H-Town Lancero more than the Herrera Estelí TAA 2016, the better cigar is the one that shares the bands, not the blend, the Herrera Esteli Lancero. This is a good blend and one that is easy to recommend despite its flaws, but it is neither the best H-Town release nor the best that Herrera has to offer.