While Henry Clay wasn’t a dead brand in Altadis U.S.A.’s portfolio this time last year, it certainly wasn’t at the forefront of the company’s offerings. Later this month, it will get its second line extension in less than 12 months.

The Henry Clay Stalk Cut by Grupo de Maestros will be arriving on store shelves in late January, sporting packaging similar to that used for the Henry Clay Tattoo collaboration with Pete Johnson from 2015 but with a new blend and without Johnson’s involvement.

The cigar uses a Connecticut broadleaf wrapper from 2012, with a Dominican piloto binder from 2010 and a trio of fillers: Dominican olor and Dominican piloto, both from 2012, and Nicaraguan criollo from 2013. The blend, which was developed by Altadis U.S.A.’s Grupo de Maestros, is said to be full bodied, bold and robust with earthy notes, according to a press release issued by the company.

It will be released in three sizes set to begin shipping at the end of January, a 6 x 46 gran corona with a pigtail, a 5 x 50 robusto and a 6 x 54 toro. Each cigar sports a silver trimmed set of bands and comes in 20-count boxes with single stick MSRPs between $8 and $8.50. 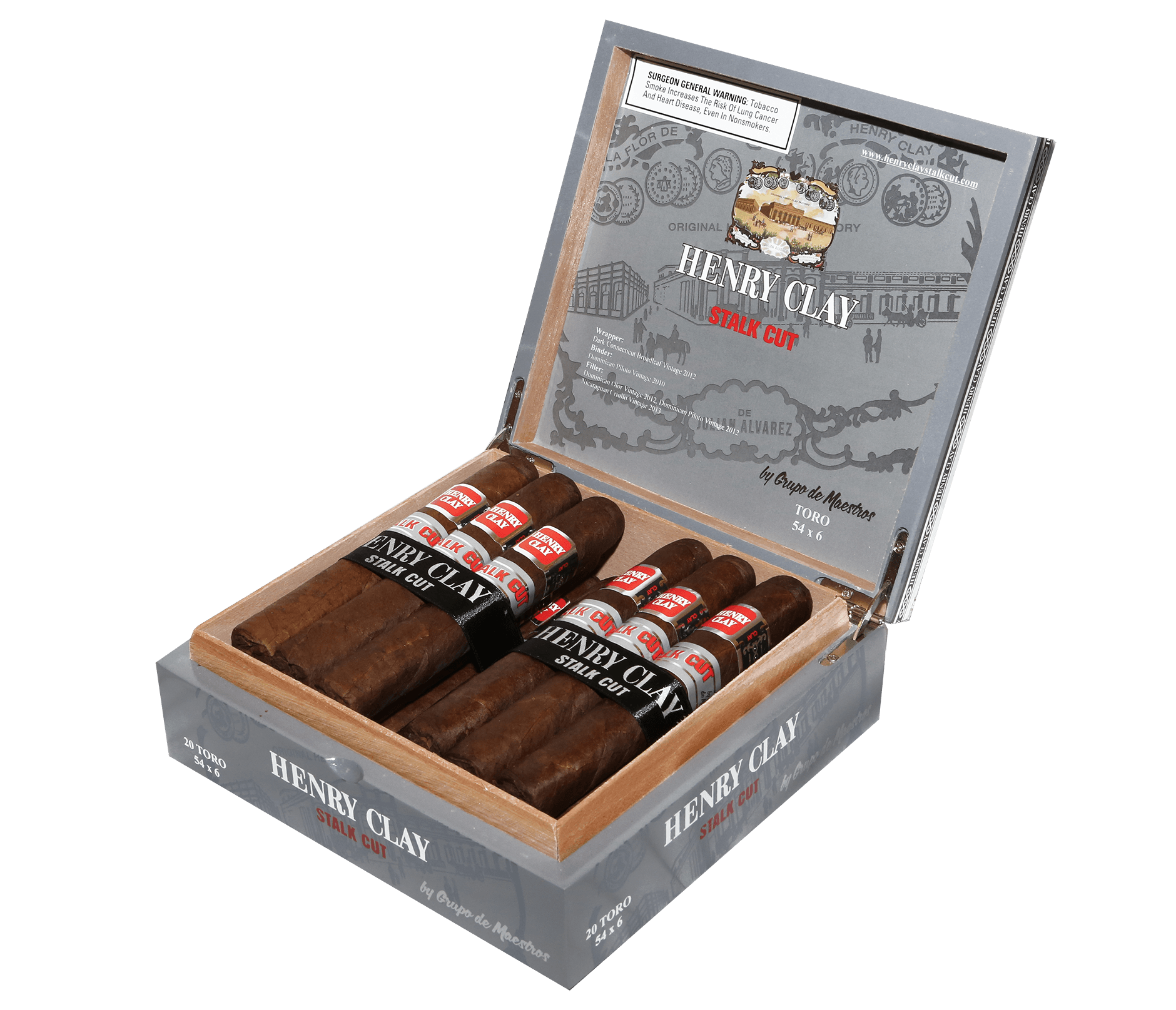 Stalk cutting of tobacco is a method unique to Connecticut broadleaf, and one that has been used in the marketing of other cigars in recent years. Instead of harvesting the tobacco leaf-by-leaf, priming-by-priming, the entire plant is cut in the field and then quickly transferred to a curing barn to be hung to dry. This allows the tobacco to retain its nutrients and produce flavorful tobacco.

You can see and read more about the stalk cutting process at Altadis U.S.A.’s Gershel Farms in Somers, Conn. here.