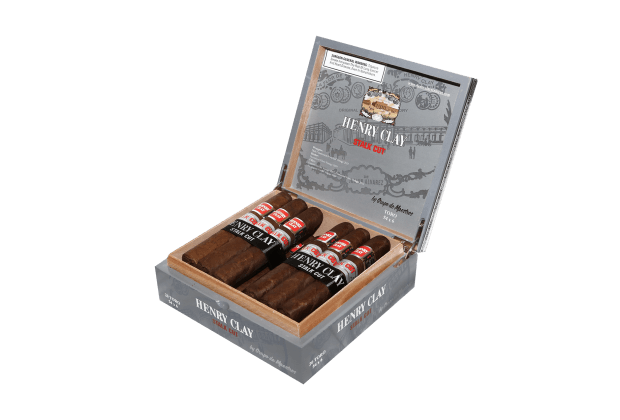 The latest Henry Clay is on its way to stores.

At this time last year, that would have been a challenging statement to write, but the brand has enjoyed a revival following the release of the Henry Clay Tattoo, a collaboration between Altadis U.S.A. and Tatuaje. Earlier this year, it announced that it would release a follow-up to the Henry Clay Tattoo in the form of Henry Clay Stalk Cut.

As the name implies, the cigar uses tobacco from Connecticut that was stalk cut.

Stalk cutting of tobacco is a method unique to Connecticut broadleaf, and one that has been used in the marketing of other cigars in recent years. Instead of harvesting the tobacco leaf-by-leaf, priming-by-priming, the entire plant is cut in the field and then quickly transferred to a curing barn to be hung to dry. This allows the tobacco to retain its nutrients and produce more flavorful tobacco.

Underneath the Connecticut broadleaf wrapper is a Dominican piloto binder from 2012 and three different fillers: Dominican olor and piloto tobaccos from 2012 Nicaraguan criollo tobacco from the 2013 harvest.