Habanos S.A. is bringing a decidedly retro feel to two of its newest products which are being shown off at the 35th Havana International Fair next week, as today the cigar company announced the first two members of its Línea Retro series.

The Partagás Capitols and Romeo y Julieta Club Kings are both petit coronas measuring 5 1/10 (129mm) x 42, a size that the company describes as being “possibly the most popular format in the history of Habanos,” adding that it has long been considered the “standard size” of cigars. 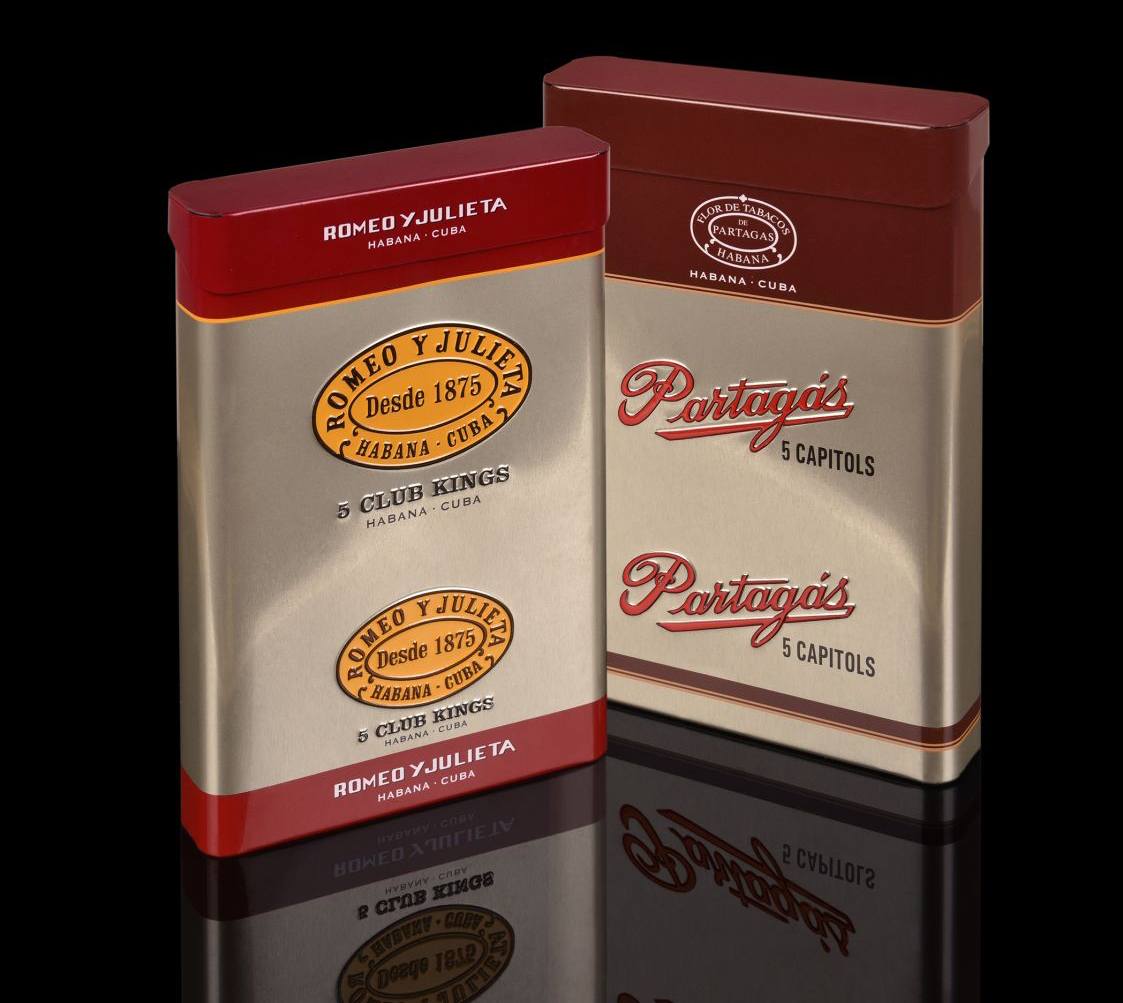 Both cigars come in five-count metal box presentations with a design inspired by the original pocket cigar holders that became popular in the 1970s, complete with retro designs. The cases also feature a a technical design developed exclusively for Habanos, S.A. that will solely be used for the Línea Retro product launches.

Habanos S.A. noted that the Línea Retro concept will be gradually introduced to other brands in the portfolio.

The Línea Retro will be formally unveiled at the 35th Havana International Fair, which runs from Oct. 30 – Nov. 3 at the EXPOCUBA exhibition center. A formal release date to retail has not yet been announced.