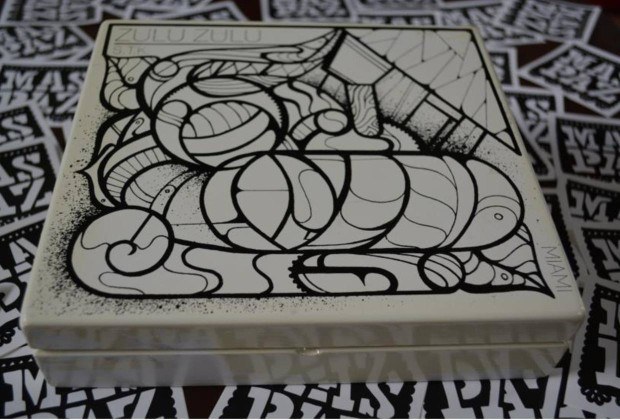 The release is as much a vehicle for a charitable donation as it is a premium cigar, as proceeds from the sale of the cigar will fund the renovations of La Casa de la Madre y el Niño, an orphanage in Bogotá, Colombia.

For the artwork, Rico has announced that he is working with Frederico Frum, the Colombian born street artist who goes by the name Mas Paz. Frum’s connection to the project is personal, as he was adopted from La Casa de la Madre y el Niño when he was a child. and now travels the world using his art to inspire and transform neighborhoods in the developing world. Frum is also a strong advocate for youth in our own communities in the United States, working with kids in local schools and community centers to teach and raise funds, making art classes more accessible. The blend is the same as the Gran Habano Zulu Zulu S.T.K., with two wrapper offerings, an Ecuadorian Connecticut and Nicaraguan habano, both of which cover a Nicaraguan habano binder and Nicaraguan filler. The cigar is being made by G.R. Tabacaleras Co. at its Miami factory. It will be released in three sizes, a 7 1/2 x 40 lancero, 5 5/8 x 46 corona gorda and a 6 x 54 vitola called Rolo. MSRP for the three sizes ranges from $8.25 to $9.27.

Update (July 19, 2014)–G.R. Tabacaleras Co. sent out a press release this afternoon updating details of the release, including that the cigar will be available for pre-order at IPCPR at the Gran Habano booth. When this story was first published, Natasha Rico told halfwheel that they were going to be delaying the launch of the cigar until after the trade show. Additionally, the “Zulu Zulu” name has returned to the official name of the cigar, something that was left off when this story was originally reported. The company also released a photo of a second version of the box: