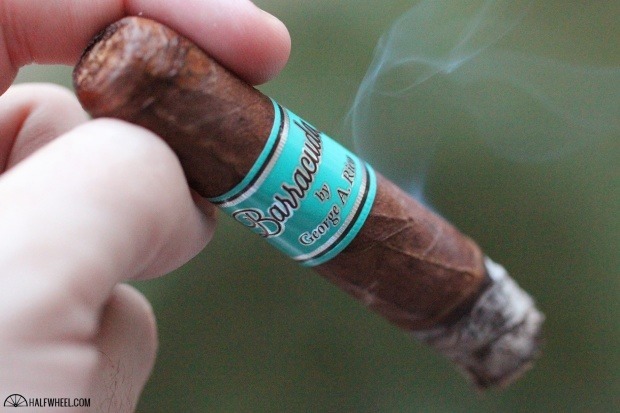 Even as the cigar begins shipping, the rough ride for the George Rico S.T.K. Miami Barracuda Maduro continues.

In July, the limited edition cigar was announced shortly before the IPCPR Convention & Trade Show with a scheduled shipping date of October. That estimate was pushed a back a few times and this week the company finally began shipping the cigars.

Only 200 boxers are planned, some of which won’t ship until next year due to a lack of wood for the boxes at the moment.

The 5 x 52 robusto uses a Pennsylvania broadleaf maduro wrapper over Nicaraguan fillers. It is priced at $8.50 per cigar and is made in Miami at G.R. Tabacaleras Unidas.