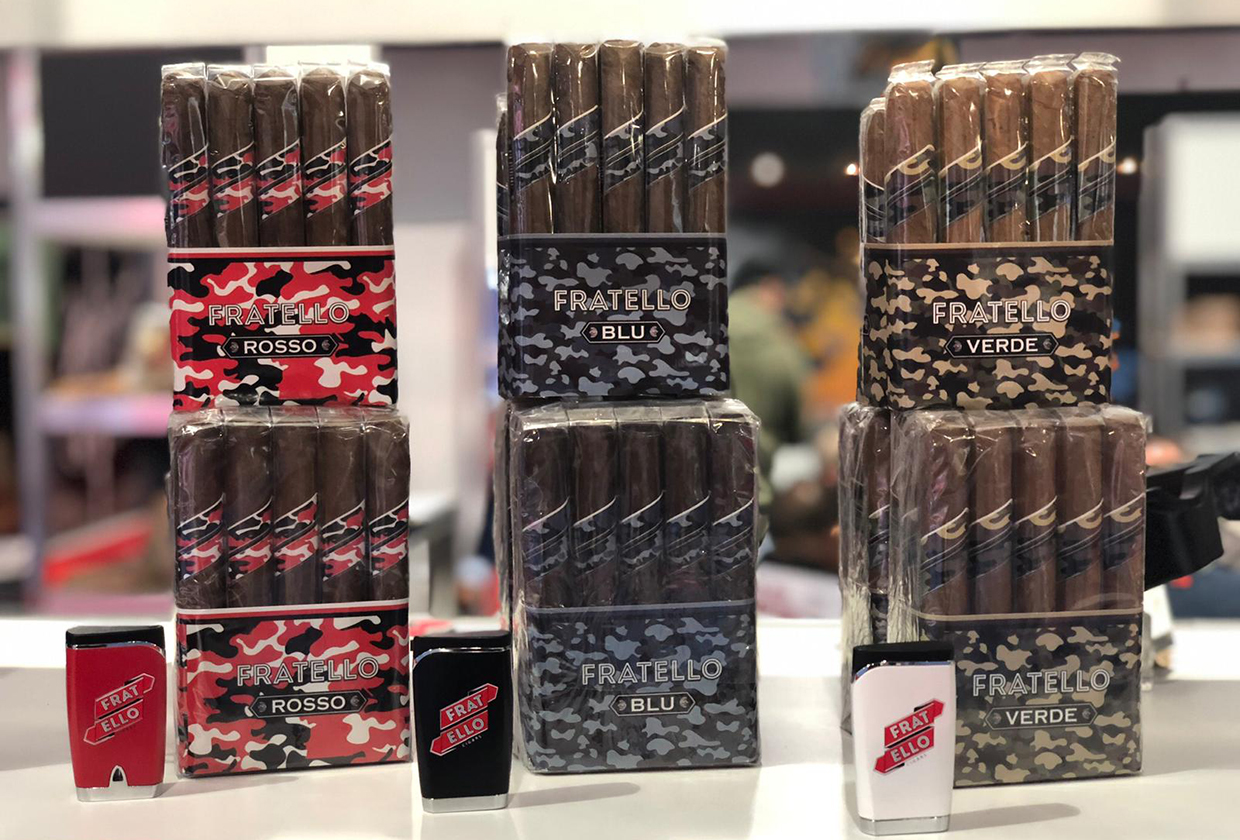 “As crazy as the last few months have been for us all, it’s good to be able to get back to a little normalcy…and to share three great cigars at great price points for our retail partners and supporters,” said Omar de Frias, founder of Fratello Cigars, via a press release.

The company isn’t disclosing the blend details other than a bit about the wrapper. The blue-banded Fratello Blu uses a maduro leaf, the red-banded Fratello Rosso uses a habano leaf, and the green-banded Fratello Verde uses a Connecticut leaf. Each blend is offered in two sizes, a 5 x 50 robusto and a 6 x 50 toro, with pricing starting at $3.25 per cigar and $49 per bundle, before taxes.

The Fratello Camo Bundles are produced at the La Aurora Cigar Factory in Santiago, Dominican Republic.

The bundles debuted at the 2020 Tobacco Plus Expo (TPE) in January and had been slated to ship in March, but the COVID-19 pandemic delayed their arrival due to factory closures, stay at home orders and reduced shipping options. It is the company’s first offerings in the bundle segment of the cigar market.