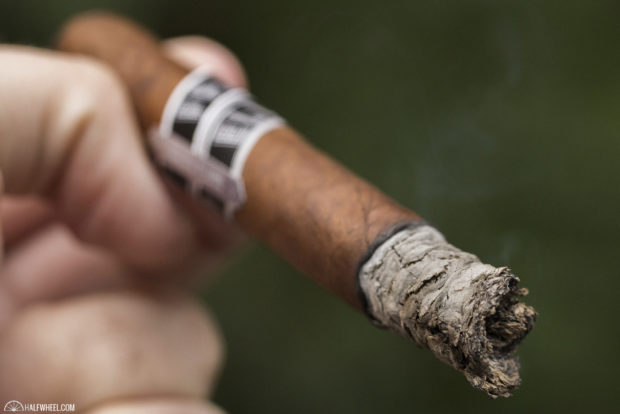 By now, it’s pretty much common knowledge that Omar de Frias, founder of Fratello Cigars, comes from a background of working at NASA for 12 years before transitioning into the premium cigar business. While he did both for a period of time, he decided to leave the agency in 2017 to make a full-time move to support the cigar company he launched into the marketplace in 2013.

For the first cigar released after his departure from NASA, de Frias created a line called Navetta, named for the Italian word for shuttle. The cigar came with obvious references to space travel in its designs as well as four vitolas named for NASA space shuttles. It was a special cigar for de Frias, who said this at the time of its release:

Blending Fratello Naveta was special as I wanted to translate the ultimate celebration our men and women of the space program felt after a successful mission. After being part of over 21 missions nothing beats the feeling of getting our astronauts home safe to their families. Colleagues of mine would get together and smoke a very special cigar to commemorate the occasion. This very special blend carries the ultimate feeling of innovation, duty, honor and success.

In 2018, de Frias decided his next line would flip the Navetta line inside out, almost literally.

“It does not cease to amaze me how one leaf of tobacco can change a blend entirely,” said de Frias said about the blend in a press release. “In our case we changed it all.”

It is available in three sizes, which are all different from the Navetta’s four sizes. 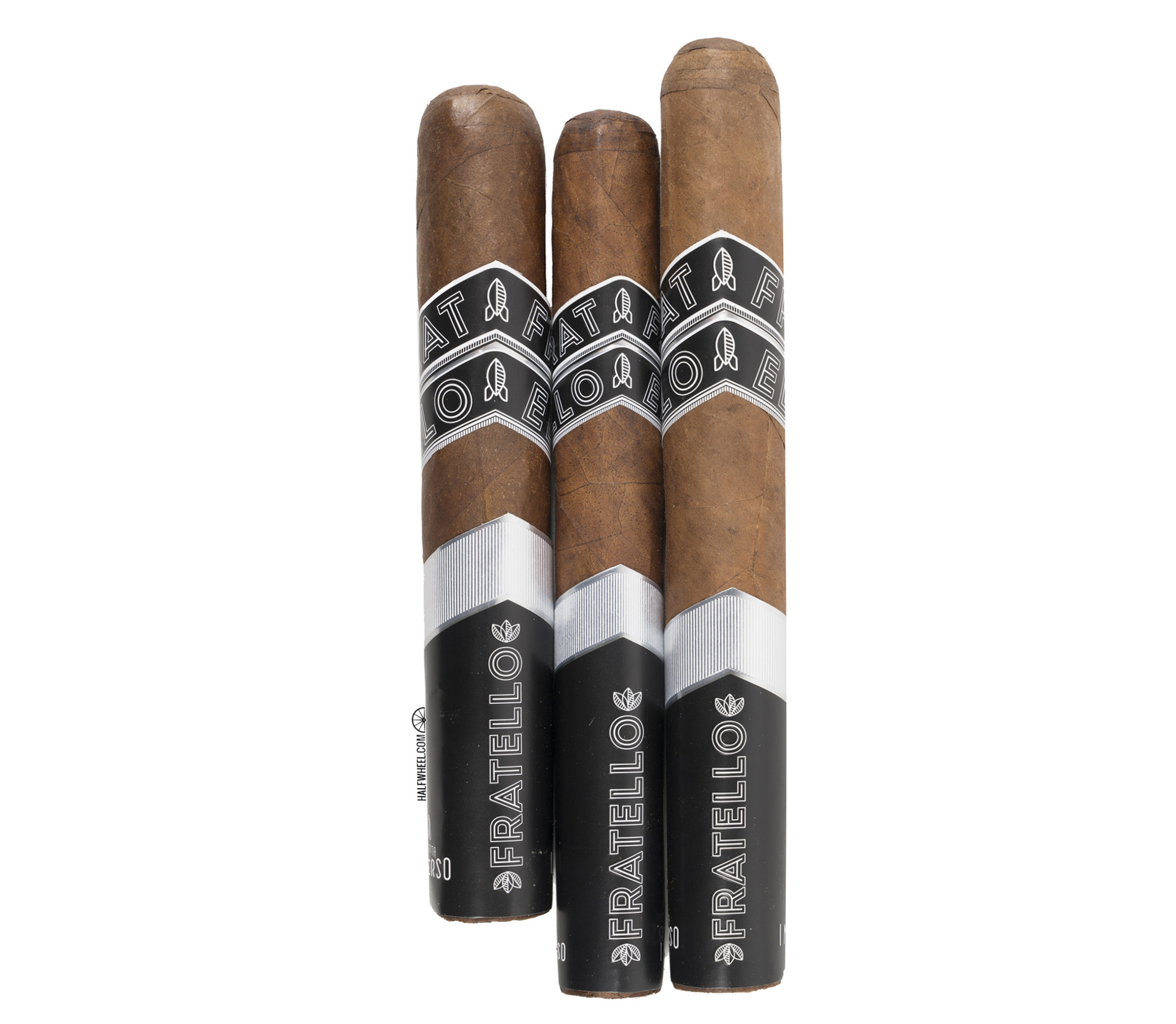 Also inverted are the colors of the bands and packaging, maintaining the black and silver but changing their positions. The two versions do share box counts and the factory where they are made, Fabrica de Tabacos de Joya de Nicaragua S.A. in Estelí. 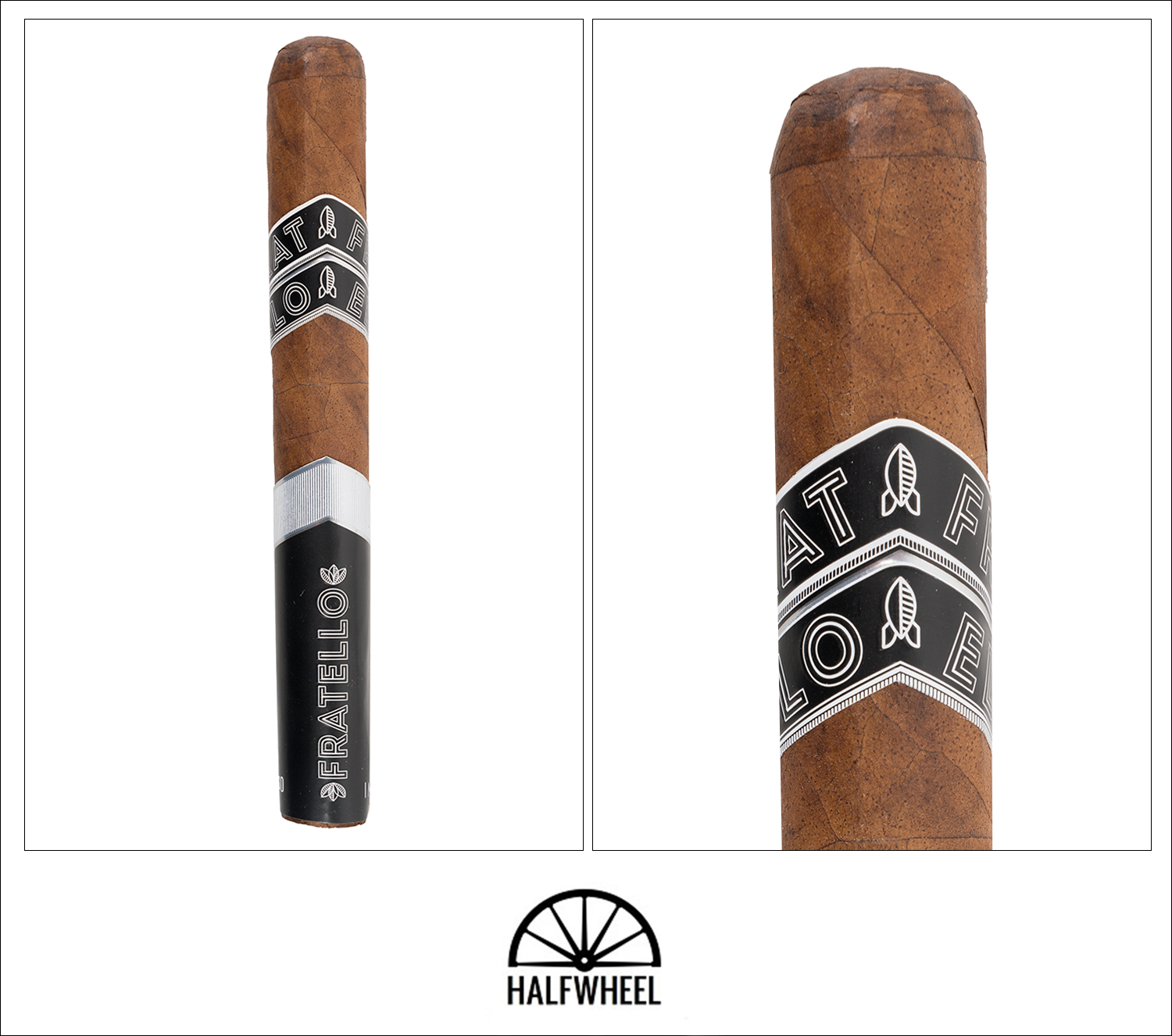 From a first-look appearance standpoint, the Fratello Navetta Inverso Corona Gorda comes dressed in an attractive package; the significant foot band conveys both branding and the tie-in to the cigar’s rocket-themed name, and I really appreciate the subtle embossing of tobacco leaves on the back of the band where the two ends have adhered. Once removed, the cigar shows off a medium-brown wrapper that appears to have a slightly red or clay hue to it, a bit of mottling, small veins and a fairly dry texture. It is rolled quite firmly with flat seams, no bumps or other visual distractions and a well-applied cap. The foot of the cigar is pretty neutral in aroma, with a bit of dried tobacco at first before adding subtle touches dry earth, plain cake donut and the kind of neutral but distinct smell I associate with old particle board shelving, with some samples showing smooth peanut butter sweetness. The cold draw is smooth and easy, offering a flavor that is brighter and saucier that has me thinking of a brown sauce for steaks, though it’s not quite that vibrant. It doesn’t show consistent or appreciable amounts of pepper or sweetness, but does have a slightly oily texture.

The first puffs from the Fratello Navetta Inverso Corona Gorda are just under the medium mark in terms of strength but deliver plenty of smoke and an enjoyable flavor that has a subtle sweetness on top of cedar and more dry earth. Only one sample shows what I would call substantial pepper, and I notice it most when I get some smoke in my eyes. There’s a bit for the tongue, and what lands there doesn’t taste as heavy as traditional black pepper but also not as bright as white pepper. It’s almost a mix of the two with a bit of the bite of red chili pepper flakes. Black pepper, particularly through the nose, becomes more prominent as the cigar prepares for its second third, while the rest of the profile is on the somewhat subdued side but the smoke creates a hearty impression on the taste buds. Each of the three samples is incredibly well constructed as exhibited by an even burn line, easy draw and hearty smoke production. 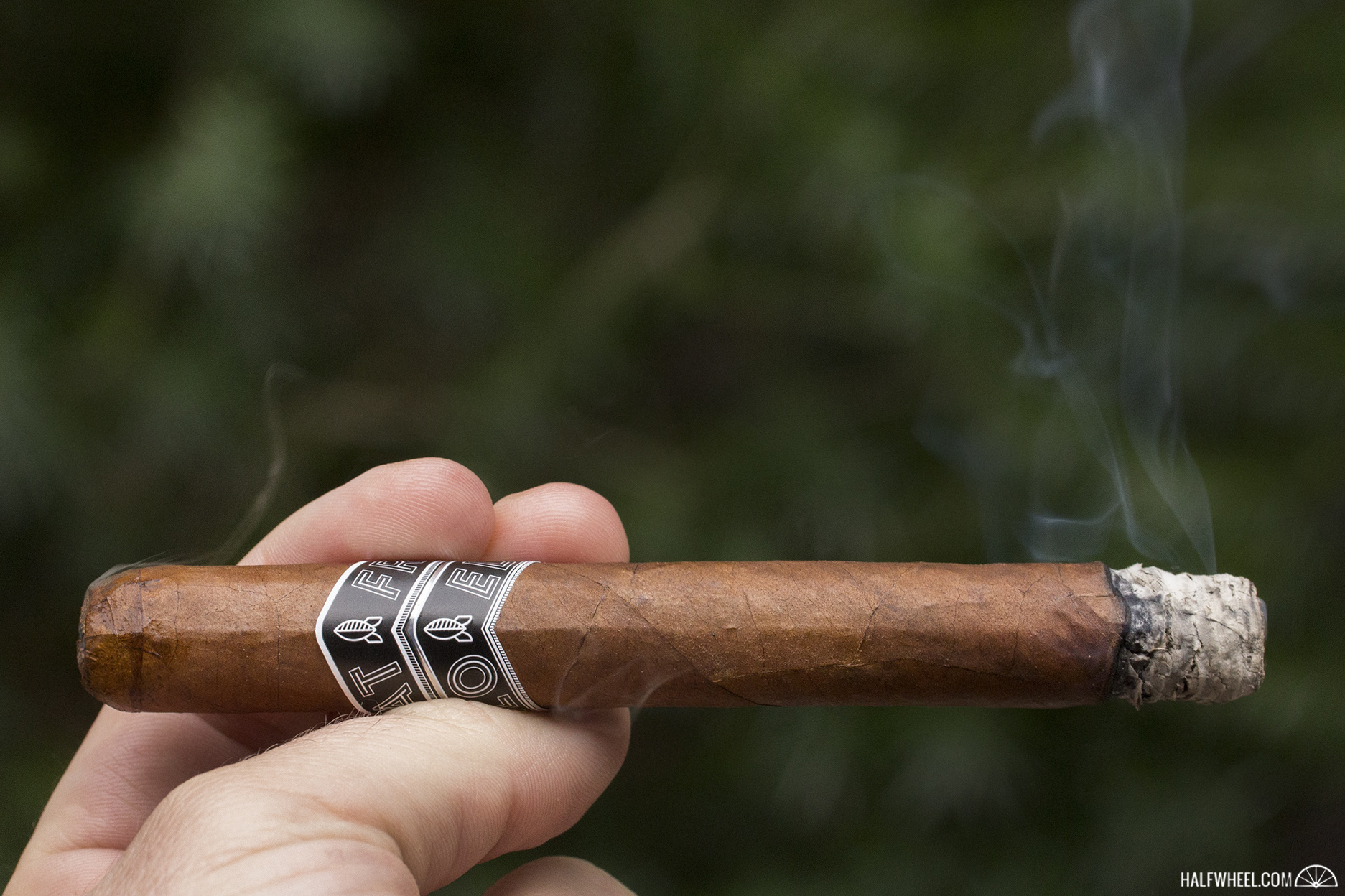 The second third of the Fratello Navetta Inverso Corona Gorda sees the pepper ramp up a bit before quickly leveling off, and with it comes just a bit of rockier earth but also some slightly oily cured meat flavors. Other than the pepper shining brightly on retrohales, the flavor profile still comes across as being densely packed and not quite unfolding all that it seems capable of delivering. What’s unfortunate is that when profile does manage to unpack itself, it tends to be a bit out of balance with pepper. While there’s a lot to be said for plentiful amounts of pepper, in this case it feels to be too much a soloist without supporting background flavors. Additionally, the draw seems to have tightened up just a touch as puffs at the start of the second half require a bit more effort. 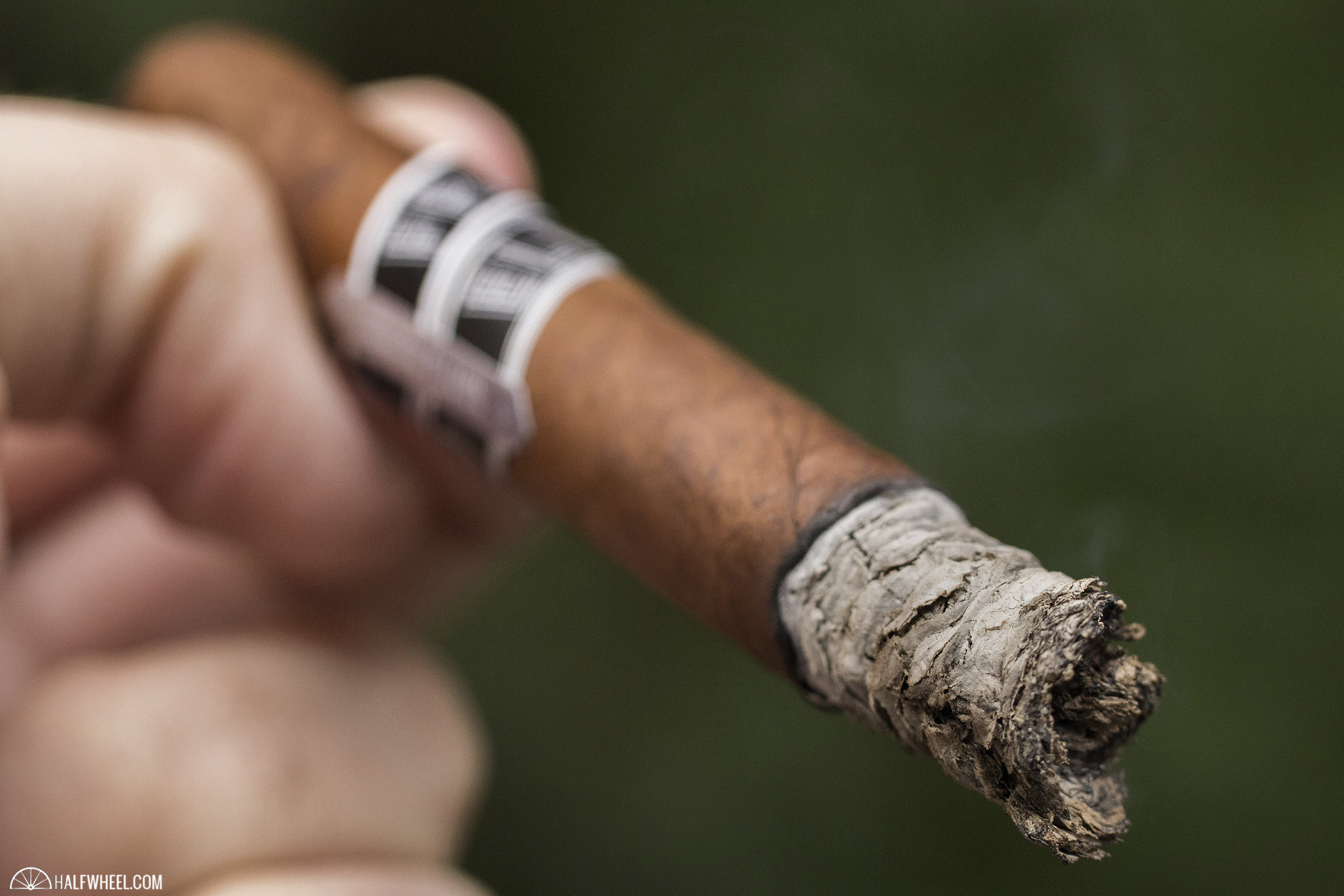 The pepper subdues a bit heading into the final third of the Fratello Navetta Inverso Corona Gorda, and while it doesn’t go away completely, definitely folds into the mix rather than standing out from it, with a profile that shows a bit more wood. While it’s a generally pleasant profile, I still struggle to find the depth that the cigar would seemingly have to offer. There’s been minimal sweetness to this point, though it feels like a bit is trying to push its way through by way of a distinct cedar note. Retrohales are back to being peppery, and now pack more strength than they did earlier as black pepper and earth combine quite well. The final puffs remain a medium-bodied, medium-flavor intensity that still feels tightly packed, with only a bit of heat in the final inch the only thing of complaint. 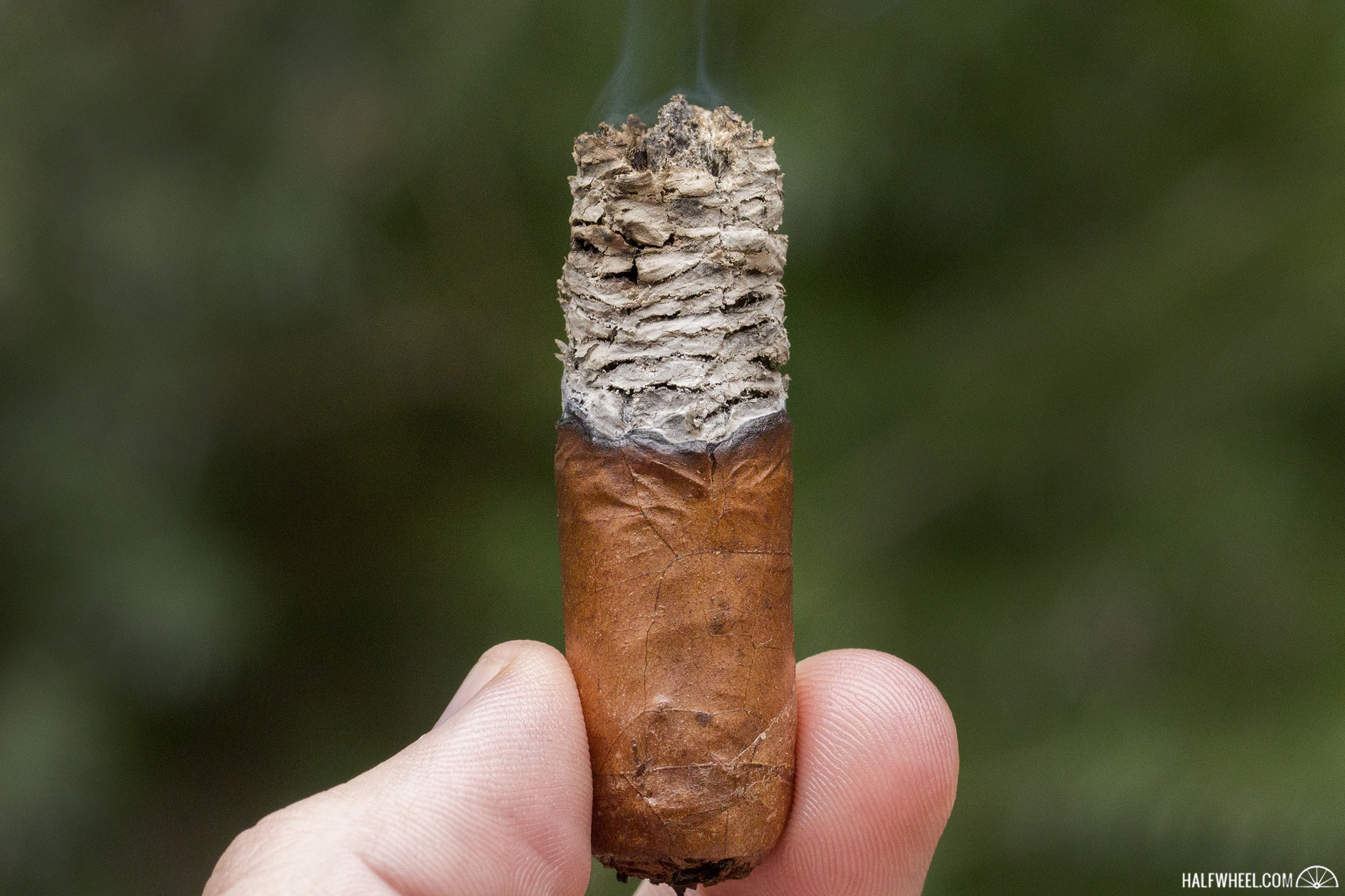 To borrow from Omar de Frias' quote, it is amazing how much shuffling the blend of a cigar can change things, whether it be one leaf or the entire layout of tobaccos, even if using the same components of another cigar. While I maintain that original Navetta is one of Fratello's best blends—if not the best to date—the Navetta Inverso doesn't reach the same levels at its predecessor. Even with impeccable construction and technical performance, the depth of the cigar's flavor profile never fully materialized itself. Whereas the original Navetta built and developed from start to finish, the progression of the Inverso was much more constrained, with pepper doing much of the work and even then, it felt like it wasn't getting the pairing it deserved. I'm still planning on doing a side-by-side comparison at some point to see just how the two line up, but in this race, my money remains on the original.