At last year’s trade show, Isaias Santana Diaz of Pure Aroma Cigars showed off his biggest creation to date, the aptly named Flor de D’Crossier Enormous 360, a pair of cigars each measuring more than six inches long and with ring gauges in the mid to upper 60s. While the Oscuro version began shipping immediately after the show and has since shipped several hundred boxes, the Claro version was much harder to find in the market, with only a handful of boxes trickling out. 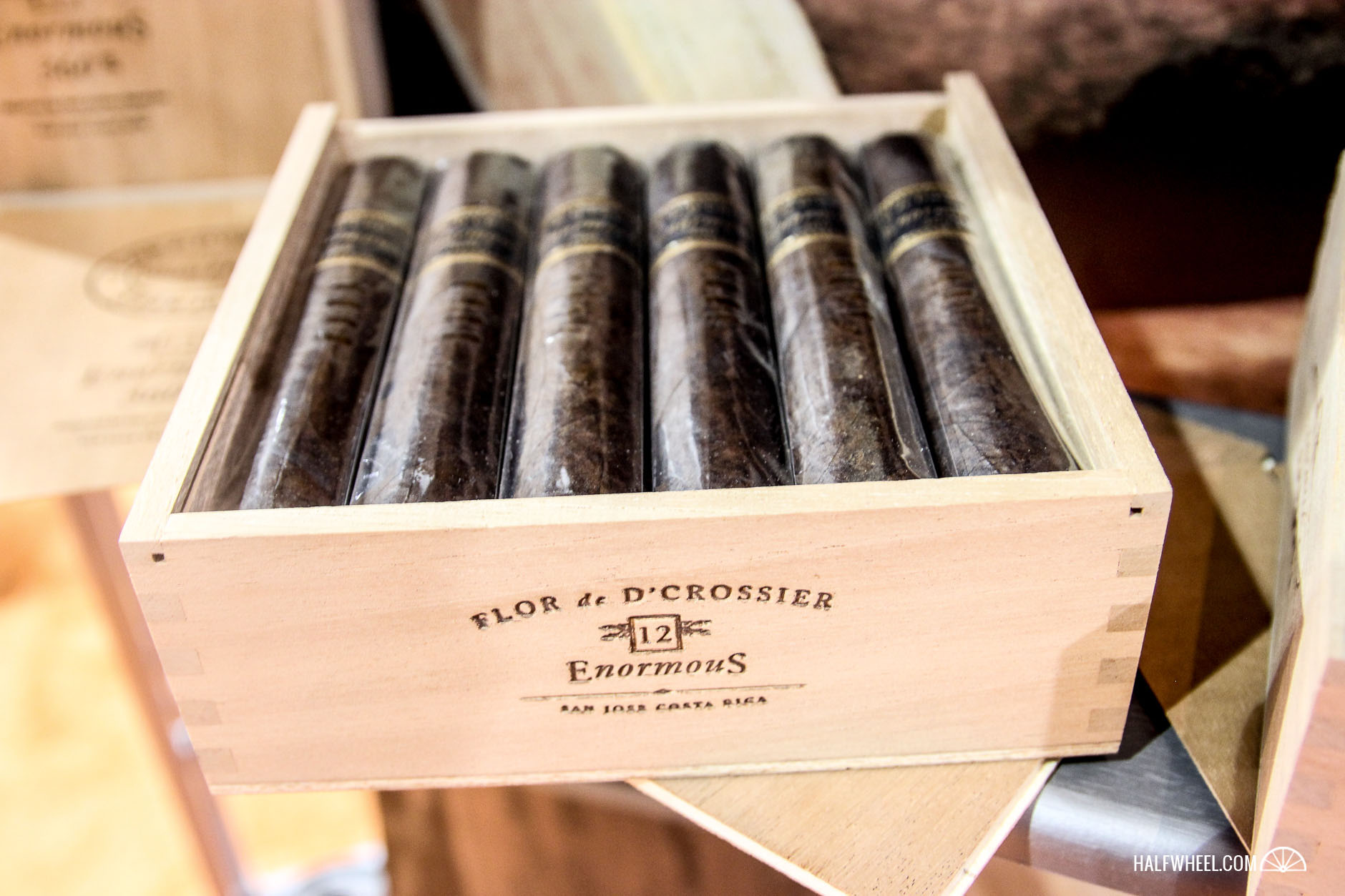 However, that has changed, as Diaz said he has begun shipping about 150 boxes to accounts nationwide after the cigars.

Diaz hasn’t disclosed any specifics about the blend of the Claro version, which measures 6 1/8 x 65 and comes with an MSRP of $16.50. He did say that both blends of the Enormous 360 take longer to mature, as each cigar contains 30 grams of tobacco and as such needs added time to reach an optimal smoking condition.

Likewise, details about the Oscuro version are being kept under wraps other than that it uses a Costa Rican wrapper. That blend comes in a single vitola as well, measuring 6 1/4 x 68 and priced at $17.20 before taxes. Both blends come in 12-count boxes, which are the basis of the name; with each cigar weighing 30 grams, there is a total of 360 grams of tobacco per box, some of which dates back to 2005, according to Diaz.

He plans to ship additional cigars in batches of 150 to 200 boxes, though says he won’t rush any cigars as he wants to make sure that the tobacco is ready and the finished cigar merits its price.