Later this month D’Crossier Cigars will be releasing its biggest cigar to date, and the company’s isn’t being shy about it when it comes to its name.

Today the company announced the Flor de D’Crossier Enormous 360 Oscuro and Enormous 360 Claro, a pair of blends that will be unveiled at the upcoming IPCPR Convention & Trade Show in Las Vegas later this month. 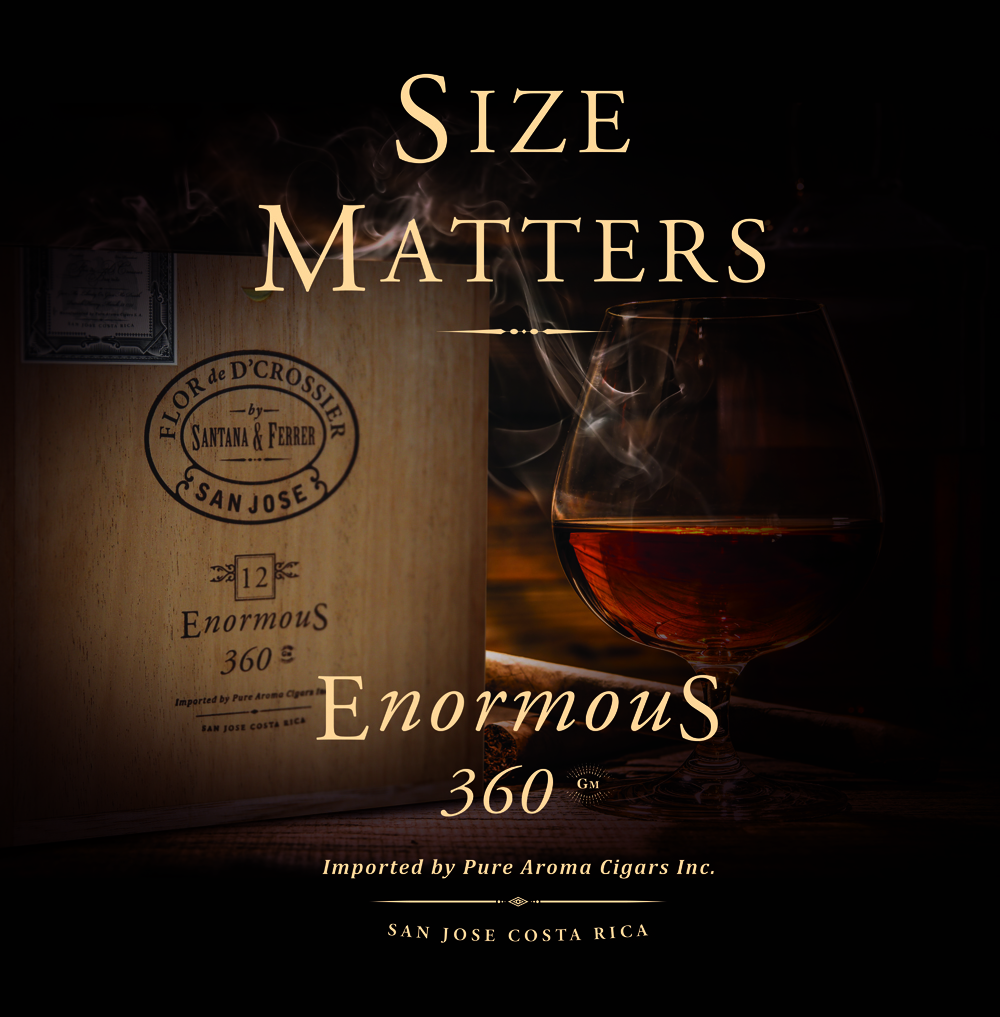 The Enormous Oscuro measures 6 1/4 x 68 and uses a Costa Rican wrapper along with three leaves of ligero from an undisclosed country in the filler, while the binder and other components of the filler are not being disclosed. It comes with an MSRP of $17.20.

None of the blend details for the Enormous Claro are being disclosed. This version measures a slightly more petite 6 1/8 x 65 and is priced at $16.50.

While specifics haven’t been disclosed, the company says that tobaccos from as far back as 2005 are being used for this blend.

After being rolled at Pure Aroma Cigars S.A. in Costa Rica, both cigars get 16 months of aging before being packed into 12-count boxes with a cabinet style lid. The name of the cigar comes from the weight of the cigars; each cigar weighs approximately 30 grams, so the 12 in a box weigh approximately 360 grams altogether.

The company says that the Enormous 360 offers “a blend, full of balance and sophisticated tobacco flavors, producing a dense and a great amount of smoke that shows its remarkable aging.” Both are being added as regular production lines.

“It is my expectation that my ENORMOUS 360 performs to that level, bringing some complex, flavorful and distinctive notes to the big ring gauge cigar enthusiast,” said Isaias Santana Diaz of D’Crossier Cigars in a press release.