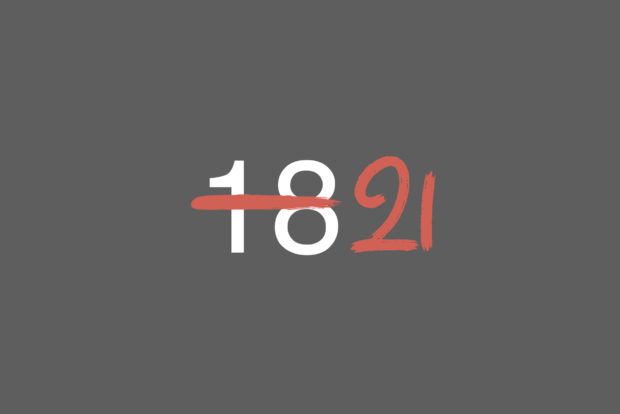 Less than a week ago, President Trump signed a government spending bill that included an increase in the minimum age to purchase tobacco products from 18 to 21-years-old across the country, effectively creating a new national minimum age. Language included in the bill indicated that it would go into effect in no more than 270 days; the Secretary of Health and Human Services was directed to publish in the Federal Register a final rule to update the regulations issued under chapter IX of the Federal Food, Drug, and Cosmetic Act no later than 180 days after enactment of the increase, which would then take full effect no more than 90 days after that publication. If the process was stretched out with no additional delays, the increase would go into effect on Sept. 15, 2020.

However, the U.S. Food & Drug Administration (FDA) recently wrote on its website and social media channels that for its purposes, it considers the increase to already be in effect.

On a page that addresses topics regarding selling tobacco products in retail stores, the FDA has stated that:

On December 20, 2019, the President signed legislation to amend the Federal Food, Drug, and Cosmetic Act, and raise the federal minimum age of sale of tobacco products from 18 to 21 years. It is now illegal for a retailer to sell any tobacco product – including cigarettes, cigars and e-cigarettes – to anyone under 21. FDA will provide additional details on this issue as they become available.

FDA has not updated the rest of the page with changes to the minimum age, however, as it still references needing to be at least 18-years-old to purchase tobacco products.

Now, the Premium Cigar Association has issued an advisory to its members encouraging them to stop selling tobacco products to persons under 21-years-old.

“Typically, laws such as this require the agency of jurisdiction (FDA in this case) to release regulations within 180 days of the laws enactment and make changes within 90 days,” the association wrote. “Although a regulation has not been formally released, the FDA announced that sales of tobacco products to persons under the age of 21 would go into effect immediately on their website and social media accounts. The Premium Cigar Association (PCA) will be actively involved in the regulatory process and will advocate to provide clarification on enforcement and technical guidance for these changes. The PCA recommends ceasing tobacco sales to persons under 21 immediately as per the statement by the Food & Drug Administration.”

The National Association of Convenience Stores (NACS) has also begun advising its members that they need to be aware of the change. “While there are unanswered questions about when FDA plans to enforce this requirement and whether the agency can legally enforce it before updating its regulations, retailers should be aware that FDA views any sale to a person under 21 as a violation of the new law,” the association told CSNews.com.