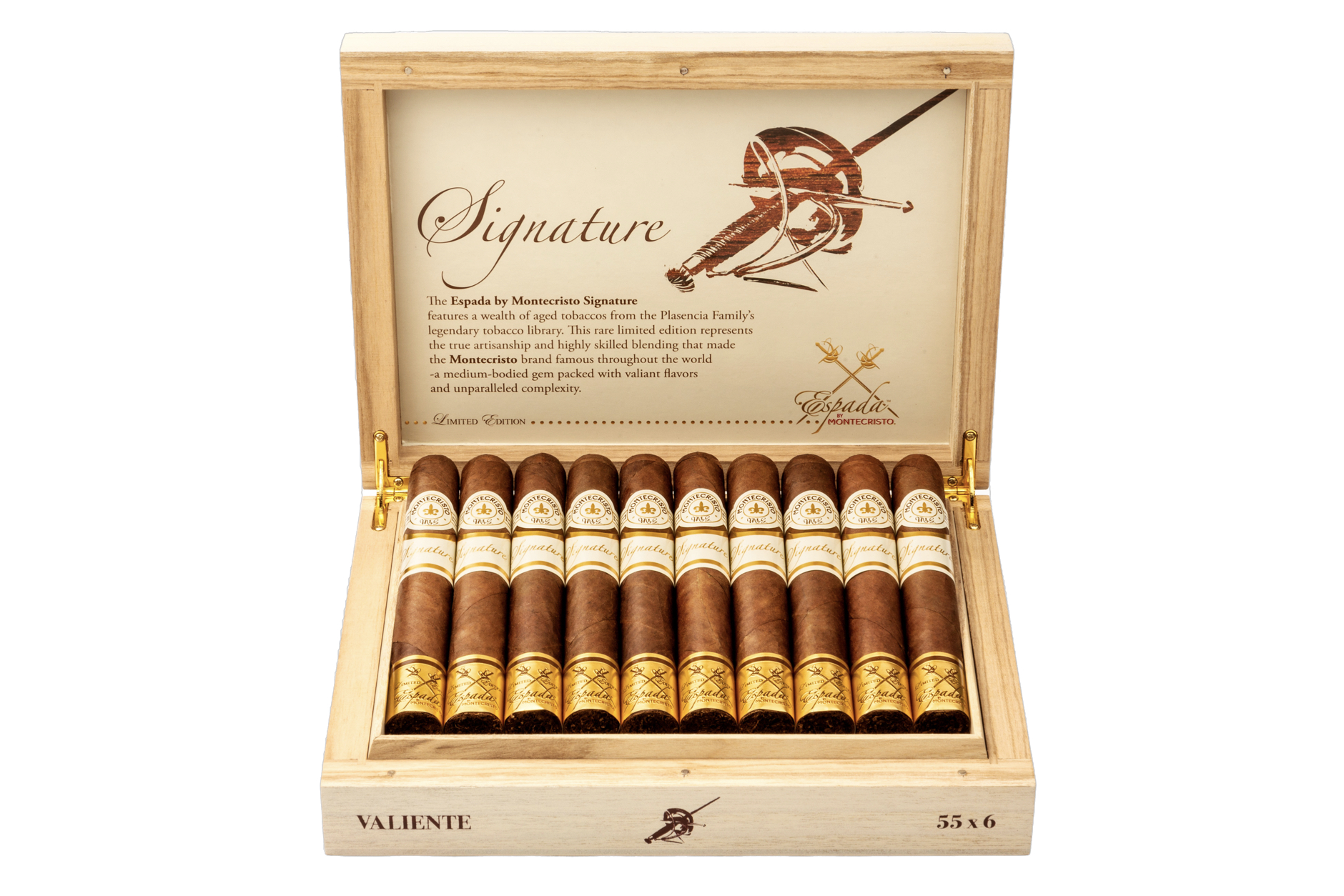 Espada by Montecristo Signature Heading to Stores Next Month

The Plasencia-made Montecristo Espada will get another brand for this year’s holiday shopping season.

It has an MSRP of $15 per cigar and is offered in boxes of 10 cigars. Altadis U.S.A. says the cigar is a limited edition though production numbers have not been disclosed. Stores can expect the cigar beginning Dec. 15, though the company says a “full release” is planned for TPE 2022, which takes place Jan. 26-28. The Espada line dates back to 2014. When it debuted, it marked a notably different era for the non-Cuban Montecristo brand, which was known as a Dominican cigar. Since its introduction, there have been two other Espada brands—Estoque and Oscuro—and Altadis U.S.A. has also contracted AJ Fernandez to produce another Montecristo line in Nicaragua.