Way back in 2008, rumors starting surfacing about a so-called “Ghost Cigar” from Pete Johnson’s Tatuaje, a release that was not on the company’s website, was not printed on any price sheet and apparently could only be ordered by specifically asking for it. Named El Triunfador—which translates to the winner from Spanish—the new 7 1/2 x 38 lancero was produced so that Johnson could solidify his trademark claims over the old Cuban brand which he had registered.

One year later, Tatuaje announced that it would be releasing a milder blend featuring the same El Triunfador name that would be available exclusively outside of the U.S. That changed a few months later, when Johnson decided the El Triunfador international blend would be actually be released in the U.S. and would include six different vitolas.

Fast forward to the 2018 IPCPR Convention & Trade Show, when Tatuaje formally released a third vitola in the El Triunfador Original line, this time a 5 x 50 robusto. The new size incorporates the same blend as the first two releases—namely a Connecticut broadleaf wrapper covering Nicaraguan tobacco used in both the binder and filler—and carries an MSRP of $10 each.

There are now a total of four different releases in the El Triunfador Original line: 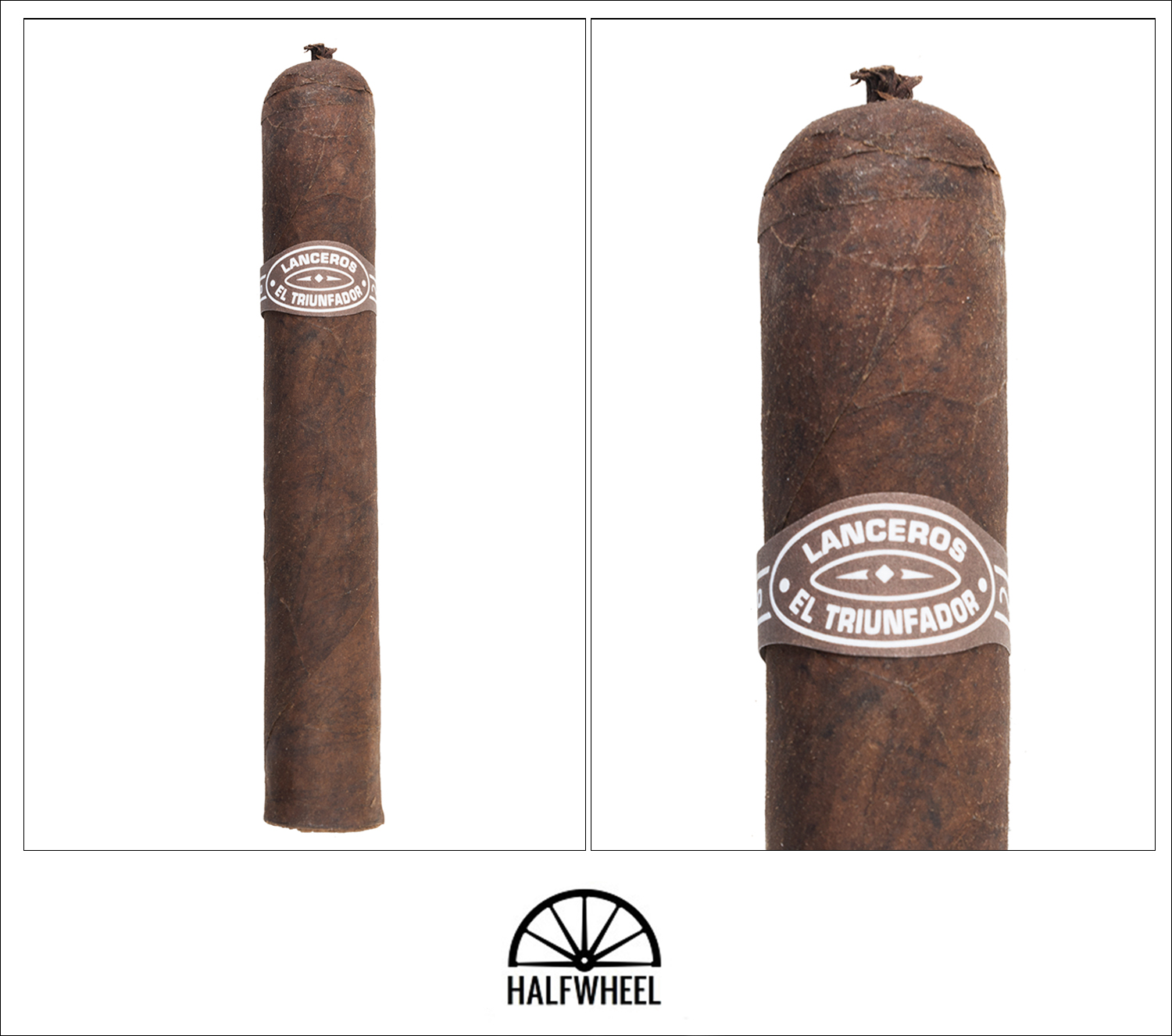 Visually, the El Triunfador Original Robusto features an extremely rustic espresso brown wrapper with plenty of tooth that feels rough like sandpaper along with an abundance of oil. There are a number of prominent veins running up and down its length and the small pigtail on the cap—which has been present on all of the El Triunfador Original releases so far other than the culebra—is nice touch. Aromas from the wrapper and foot are a combination of aged cedar, nuts, earth, leather, manure, and raisin sweetness while the cold draw brings flavors of creamy peanuts, leather, fruity sweetness, spice and a touch of black pepper.

Starting out, the El Triunfador is full of a number of flavors, including roasted espresso beans, sandalwood, earth, yeast, baker’s spices, hay, and slight raisins. There is a noticeable amount of both cotton candy sweetness and black pepper on the retrohale, but both are far from overwhelming, and there is just a touch of spice on my tongue. After a simple straight cut, the draw is giving me just the right amount of resistance, and the burn is as straight as an arrow with absolutely no need to even think about correcting it as of yet. Strength-wise, the Original Robusto starts off a little lighter than I expected but does ramp up to hit a point close to medium by the time the first third comes to an end. 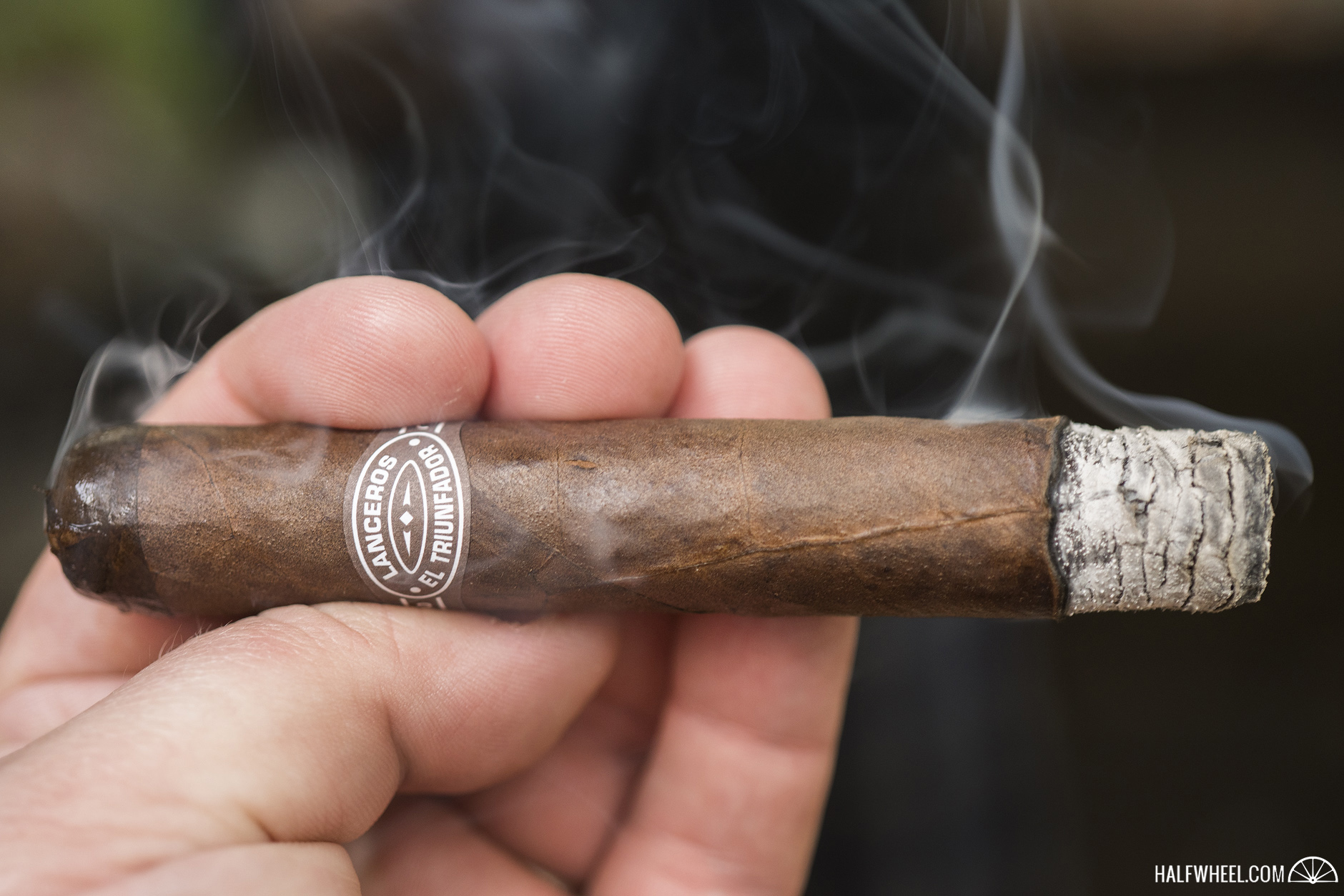 While the combination of espresso bean bitterness and sandalwood easily take the dominant spot in the profile during the second third of the El Triunfador, a number of new flavors flit in and out as well, including hickory, citrus, bread and a slight hint of floral. The cotton candy sweetness from the first third is still very obvious—it actually seems to be gaining strength a bit—while the black pepper on the retrohale has receded somewhat. Construction-wise, both the draw and burn continue to impress with no issues whatsoever, while the smoke production is quite high off of the foot. The overall strength has increased only slightly, coming a little closer to the medium mark by the end of the second third. 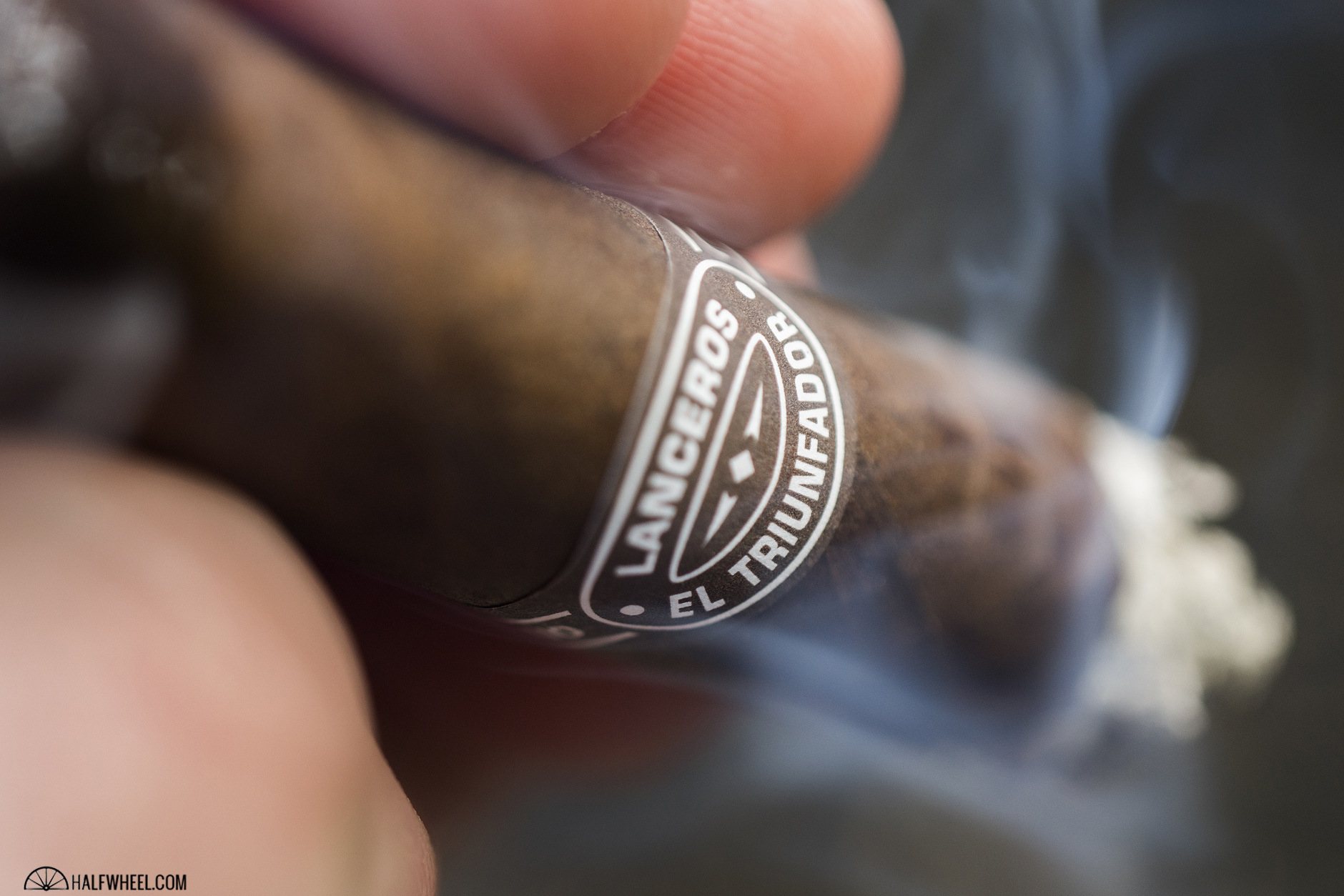 The final third of the El Triunfador Original Robusto is virtually identical to the second third—including the espresso bean bitterness and sandalwood as dominant flavors in the profile—as well as other notes of orange citrus, hickory, bread, earth and floral. Both the cotton candy sweetness and black pepper are still present in the profile, but both are reduced quite a bit, and there is no spice at all. Both the burn and draw continue to be as excellent as the first two thirds, with no need for me to even think about worrying about it. Finally, the overall strength does hit a solid medium just as I put the nub down with a bit less than an inch to go. 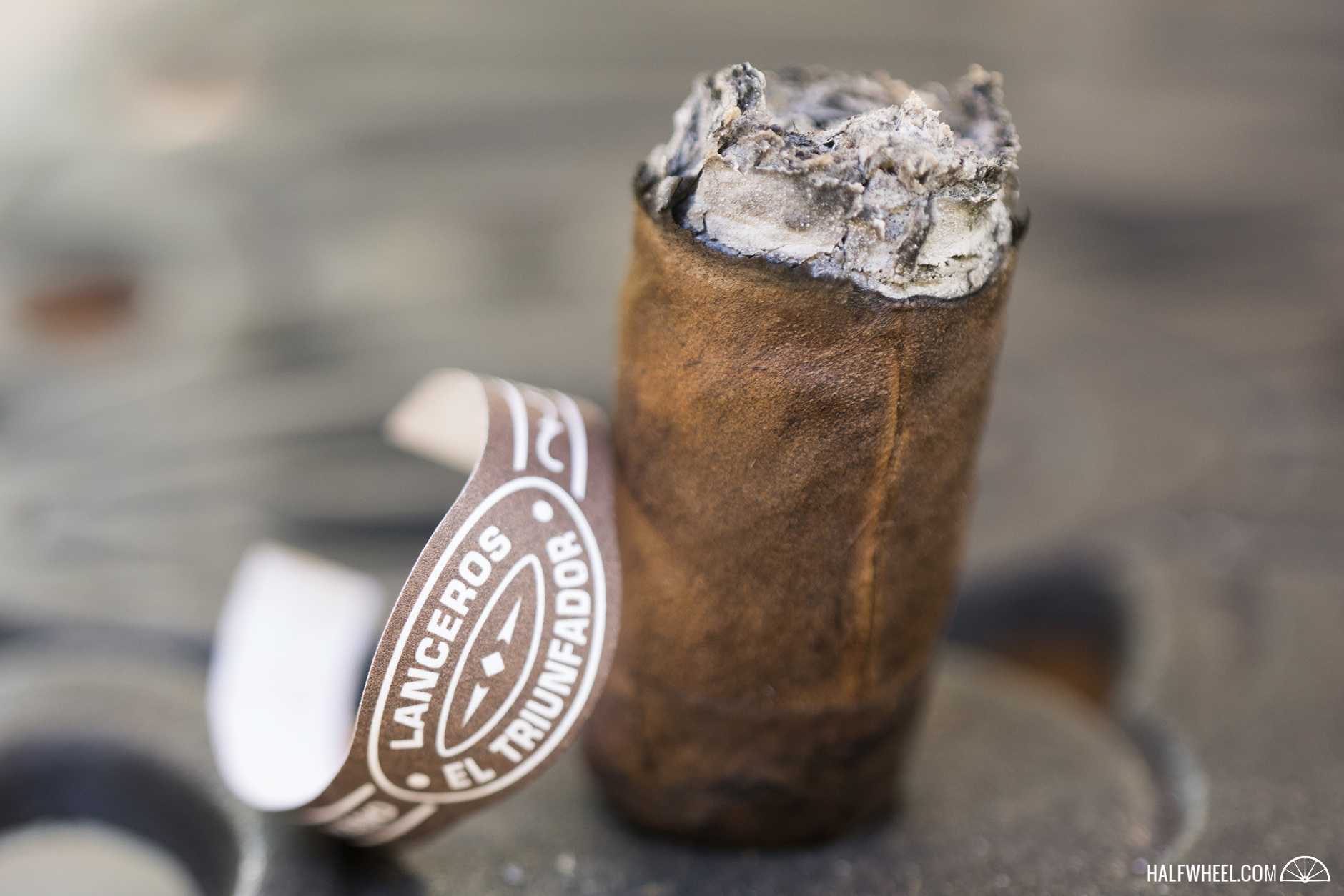 While the El Triunfador Original Robusto Is not going to bash you over the head with an enormous amount of complexity or flavor changes, the combination of smooth profile, cotton candy sweetness, balanced pepper and strength and amazing construction makes it an extremely enjoyable smoke. In the end, this one of those cigars you can enjoy without thinking about it after lighting it once—a rarity these days—and one that I look forward to smoking again.