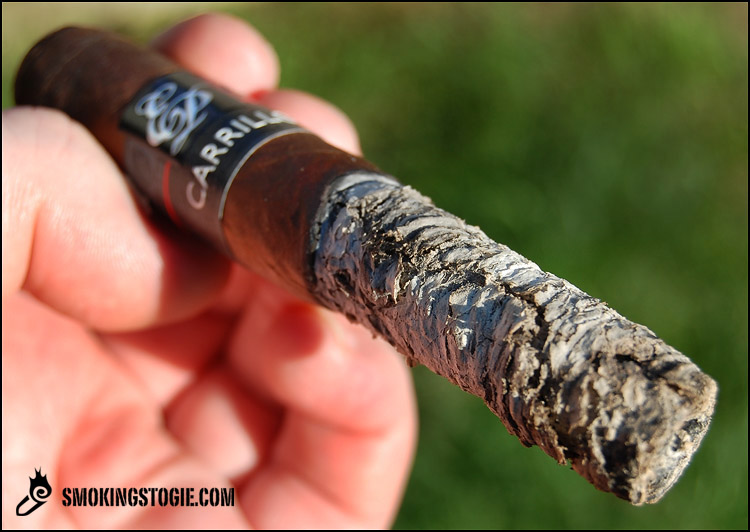 In Late 2010 E.P. Carrillo, released its Edición Limitada, a 6 x 54 double robusto sporting a Brazilian habano wrapper with only 1000 boxes of 10 produced.

The cigar was very well received and took a spot on top 10 lists all over the internet. Very soon after the release there were rumors of the cigars blend being turned into its own line with different vitolas offered. Everyone waited in anticipation until the news was concrete. Indeed, in early 2011 it was announced that the Elencos line was soon to be released taking the name from which the 2010 Edición Limitada vitola was named.

The cigar is comprised of the exact same blend as the 2010 Edición Limitada and available in three vitolas.

The Elencos come packaged in one of the nicest boxes I have seen lately, a glossy black wooden cabinet with a flip top lid and hinge made of excellent quality. 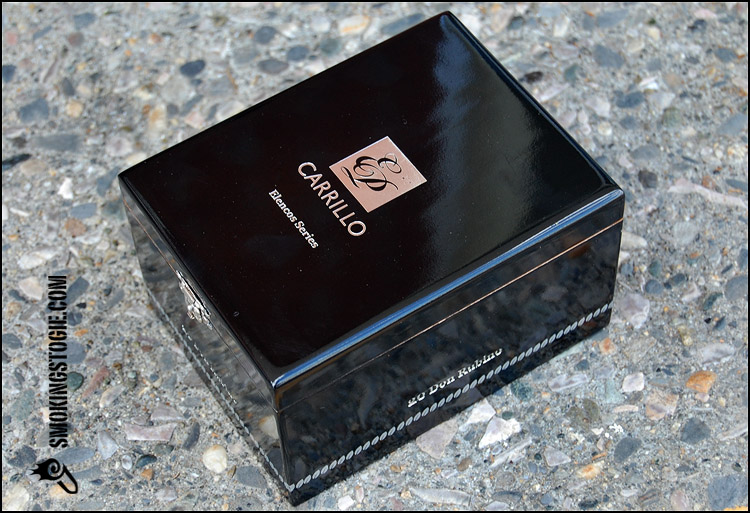 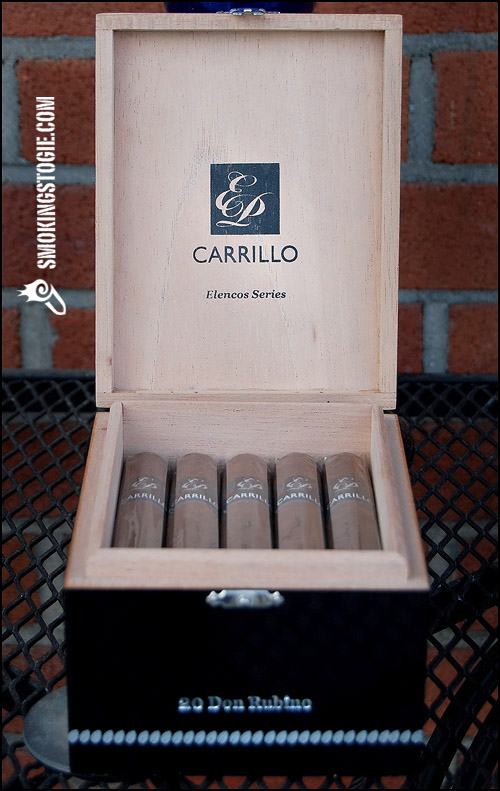 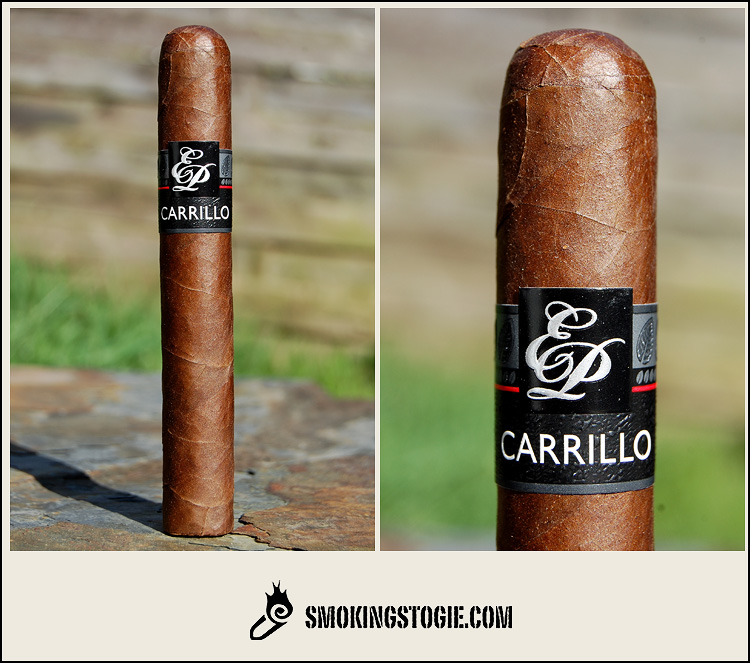 Visually the cigar is quite perfect; it has a medium chocolate colored wrapper with minimal oil and a rough, tacky feel to it. There are very few veins and the cigar is packed very well with a seamless wrap and a nice triple cap. The pre light aroma is full of sweetness, just nice rich tobacco sweetness with notes of coffee, cocoa and hay. The pre light draw is full of chocolate along with smooth cedar and hay.

Starting off in the first third, I get a touch of spice and pepper, through the nose and on my palate which quickly settles down. Flavors of wood, earth and cocoa fill my mouth. The cigar is very smooth with a woody, peppery finish that last quite a while. Cigar is medium body but rising. 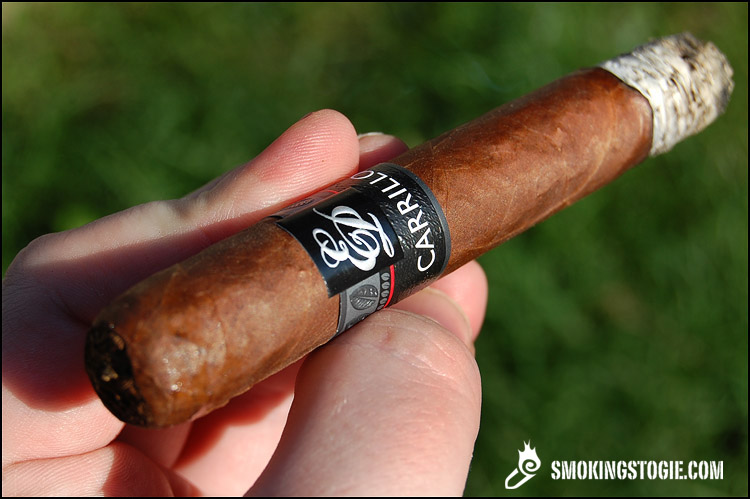 Coming into the second third the sweetness of the cigar builds up showing a rich caramel like sweetness that mixes well with the thick, creamy smoke feel. The profile is still mainly a smooth woodiness with a bit of dark chocolate, coffee and earth. There’s a lot of earth on the finish, as well as a nice pepper kick that rushes along my tongue and down my throat. The cigar is balanced well and is building in body to a medium-full. The construction is wonderful with the ash holding on into the second third.

Finishing up in the final third the cigar switches up a little bit with a touch of an airy floral note, like a dried flower type aroma. It doesn’t show so much in the actual flavor but in the aroma which adds a nice contrast to the sweet, earthy flavor profile. I start to get a touch of leather on the finish towards the end and the wood, earth, coffee and chocolate flavors are mixing very well with everything else. Very balanced and smooth with a medium to full body and medium strength. Construction is top notch. 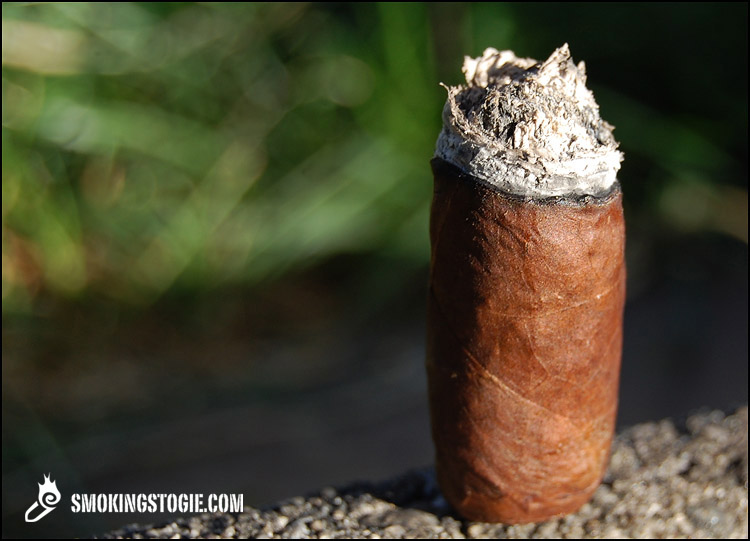 This could very well be my favorite E.P Carrillo cigar to date. It offers a profile full of flavor, balance and the right amount of added spice and pepper. This cigar does not kick your ass in the nicotine department but it has a really nice medium to full body with thick, creamy smoke and a great mouth feel. This is one of Ernesto's higher-priced regular production cigars, but when you smoke one you know where the money is going, you can definitely tell this is using top notch, high quality tobacco. There is a lot of great tobacco coming out of Brazil lately and this habano wrapper is a testament to that. If you haven’t tried this yet I suggest you do because E.P Carrillo hit the nail on the head with this once again.