In June 2012, the the second of what would eventually become four cigars for the Brother of the Leaf forum, BOTL.org, was released through Podman Cigars, an online retail store started by forum member Tim Podwika.

Named the Drew Estate BOTL.org 2012, the inaugural release was a 7 x 38 lancero composed of a Connecticut broadleaf wrapper covering a Ecuadorian Connecticut shade binder and filler tobaccos from Nicaragua. Only 3,000 cigars were produced with an MSRP of $12.95, with boxes of 15 selling for $194.25.

Tim Podwika explained the history behind the release on his website:

Here is what I said in my original review back in December 2012:

As you may or may not remember, I was not the biggest fan of the L40, as I thought it was missing something in the profile that would have put it over the top for me. Well, whatever the L40 was missing, the Drew Estate BOTL.org 2012 found—excellent flavors, excellent complexity, excellent construction, excellent vitola and excellent finish. There is quite a bit going on flavor wise for the entire smoke, but the profile is incredibly well balanced with each note very noticeable, albeit at different strengths. Drew Estate has released some amazing cigars this year and this stands head to head with the best of them. Unfortunately, they are long gone now, but are well worth tracking down if you can find them. Just a wonderful cigar all around.

While the Podman Cigars website is still up, Tim Podman hasn’t been publicly heard from in a while.

Covered in a dark espresso brown wrapper that is exceedingly rough to the touch, the Drew Estate BOTL.org 2012 also exhibits quite a few obvious veins running up and down its length. There is very little oil present and the cigar is quite spongy when squeezed, almost to the point of distraction. Aroma from the wrapper is a combination of strong cedar, leather, cinnamon, manure and barnyard, while the cold draw brings flavors of hay, aged cedar, espresso, dark chocolate and a touch of pepper.

The Drew Estate BOTL.org 2012 starts off with dominant earthy notes along with some very obvious fruity sweetness on both the palate and retrohale. Other flavors interspersed throughout the profile include dark cocoa, bitter espresso, leather, baker’s spices and almonds. There is some significant black pepper present in the retrohale from the beginning and while it does diminish a bit after the first third, it remains strong enough to the end of the cigar to easily affect the profile. The Drew Estate project gets noticeably better in the second half with more district flavors including baker’s spices, rich mocha coffee, bitter espresso, barnyard, peanuts, hay and the same dark fruity sweetness on the retrohale. There is a bit less pepper as well, which continues to recede until the end of the cigar. 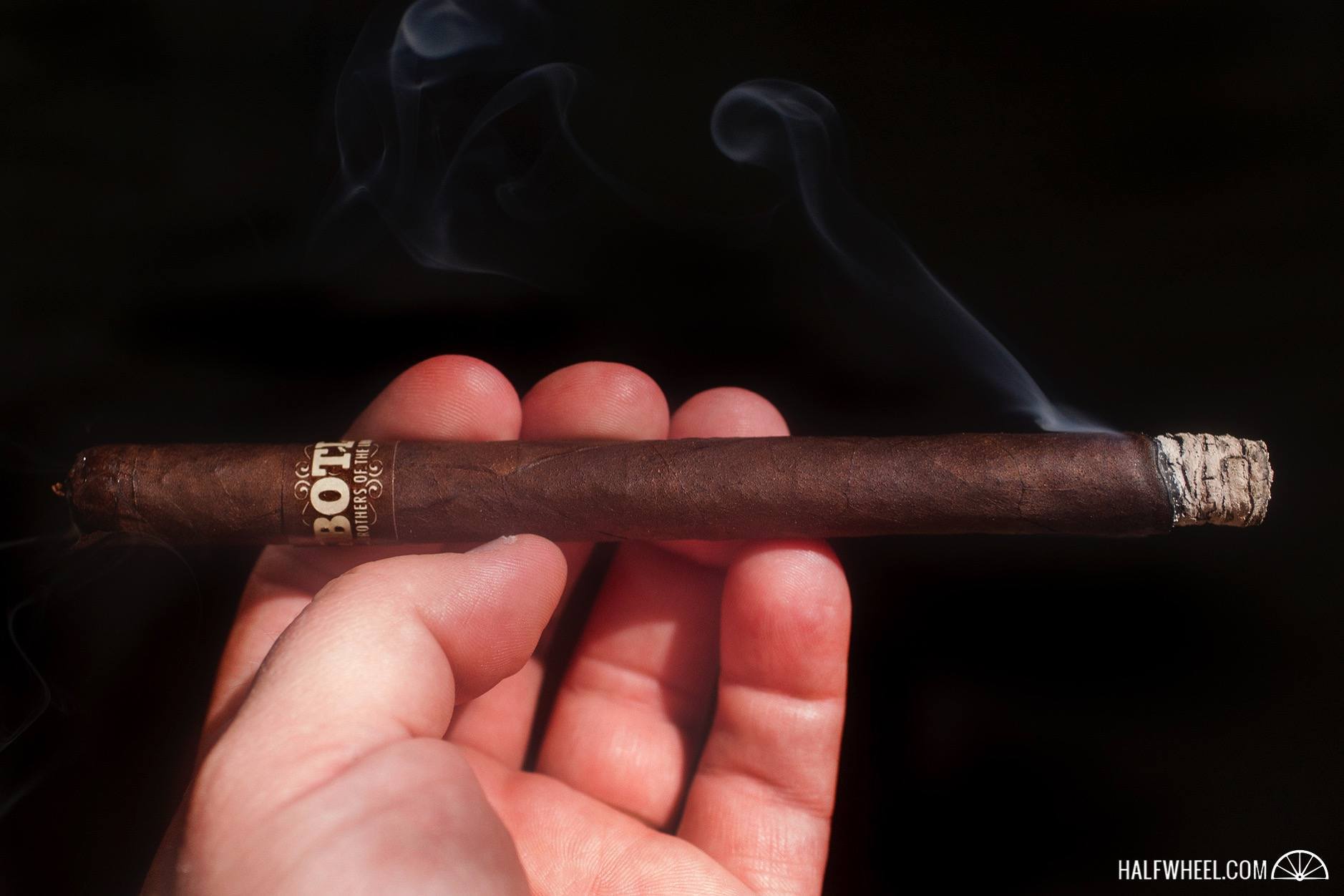 Construction-wise, the Drew Estate had an excellent draw from the entire cigar, giving me just the right amount of resistance and while the burn was far from razor sharp, I only had to touch it up twice. The smoke production is quite high as expected, but I recall it being more overwhelming the first time I reviewed it, while the overall strength was lucky to hit the medium mark. The final smoking time was right at one hour and 25 minutes.

I was concerned about how the Drew Estate BOTL.org 2012 would be smoking after almost three years of age, as I had not smoked one for at least a year. It turns out that while pretty much the same plethora of flavors were present in the profile—sans the Worcestershire sauce—they were noticeably muted compared to when the cigar was fresh. This to be expected for a three-year-old cigar, of course, but what I was surprised at most was the lack of any appreciable new flavors brought on by the age. This is still a very good cigar, but I am glad I smoked most of mine when they first came out.