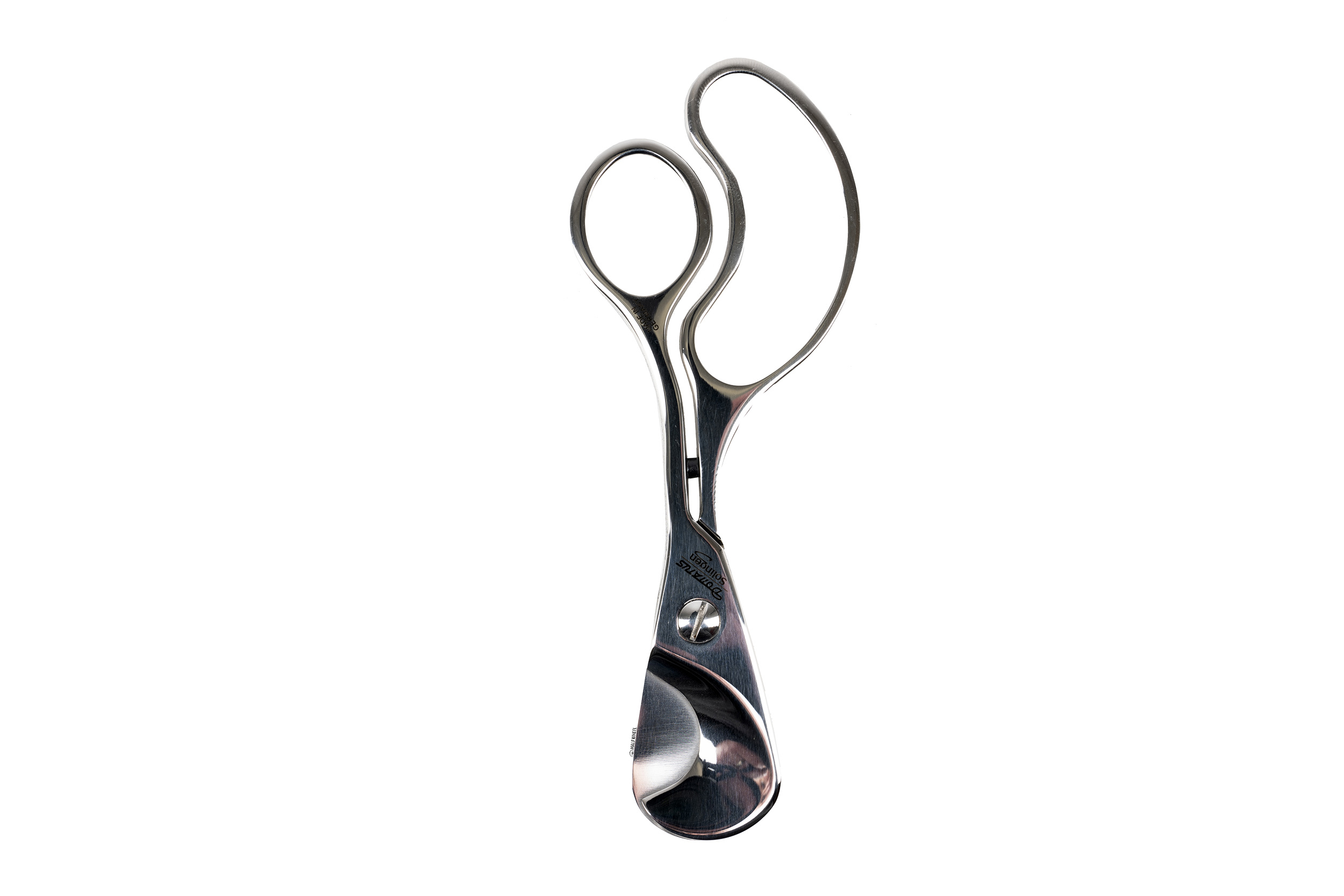 Donatus has been making cigar cutters for an extremely long time, with examples of its products dating back at least to the 1950’s. The company is based out of the of Solingen, Germany, which carries the nickname “City of Blades”, due to the fact that it has long been known for the manufacturing of fine swords, knives, scissors and razors going back to medieval times. There are numerous famous cutlery companies based in and around the city, including WKC, DOVO, Wüsthof, Zwilling J. A. Henckels, Böker and others.

Essentially, the Big Cut is a pair of scissors with round blades that are specifically built to cut the caps of cigars. Measuring 155mm x 57mm and weighing in at 82 grams, the scissors are made entirely of surgical stainless steel, other than the small rubber bumper that stops the handles from touching each other when the blades are closed.

Unlike most cigar scissors, which are typically symmetrical, the Big Cut uses two distinct handles. One handle is made with a hole for the user’s thumb, while the other includes an opening for the user’s middle, ring and pinky fingers. Although the circular opening made by the blades can only fit a 56 ring gauge, it can actually cut cigars much larger, you will just need to extend the two blades past the point of creating a circle. 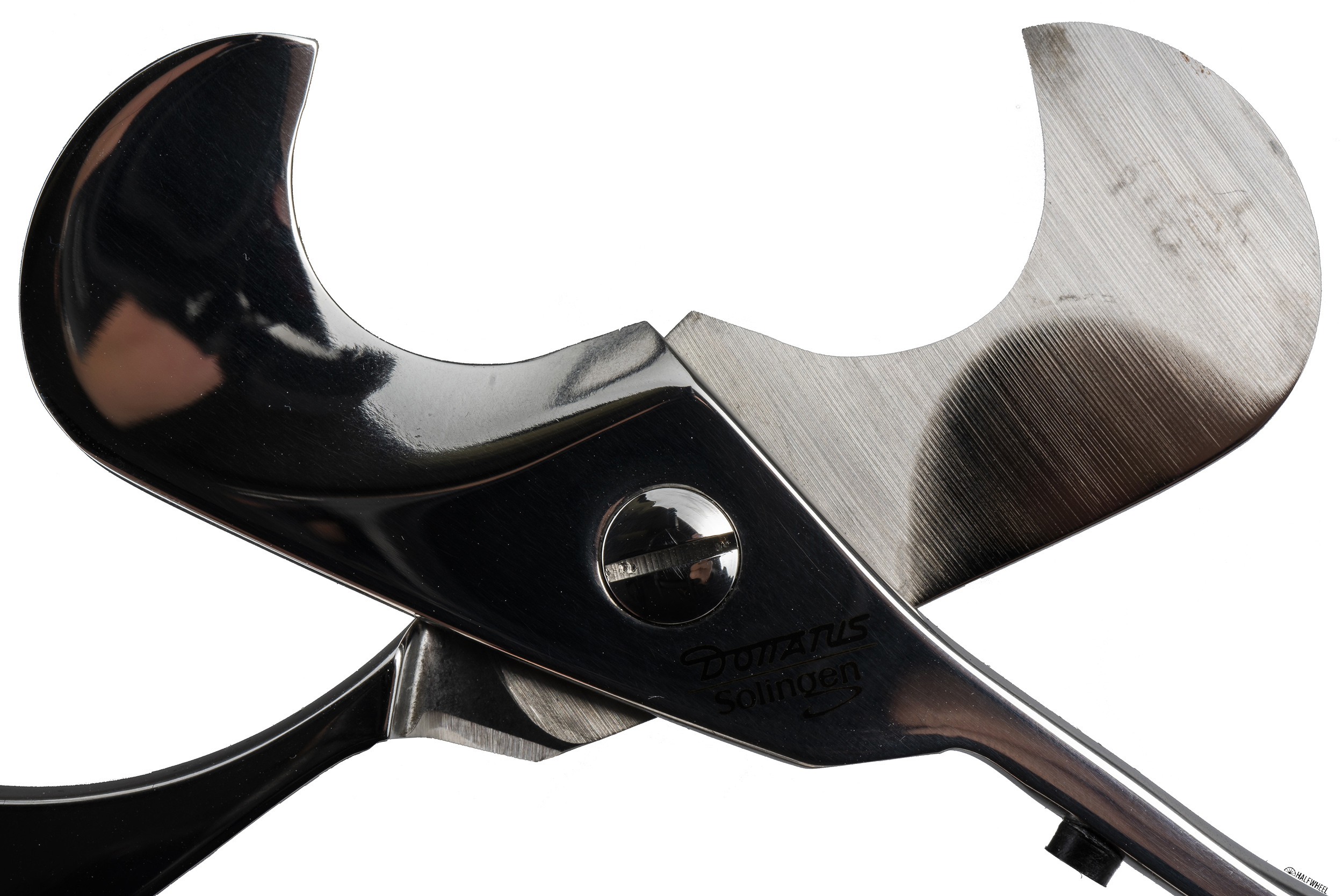 There are currently six different versions of the Donatus Big Cut, all of which feature the same design. The only difference is the material covering the metal or how the standard stainless steel is treated.

The following prices are converted from Euros.

No surprise here, but the Donatus work basically like a pair of regular scissors. I found that putting a bit of pressure against the cap helped to produce better cuts, but otherwise, this is a pair of scissors. 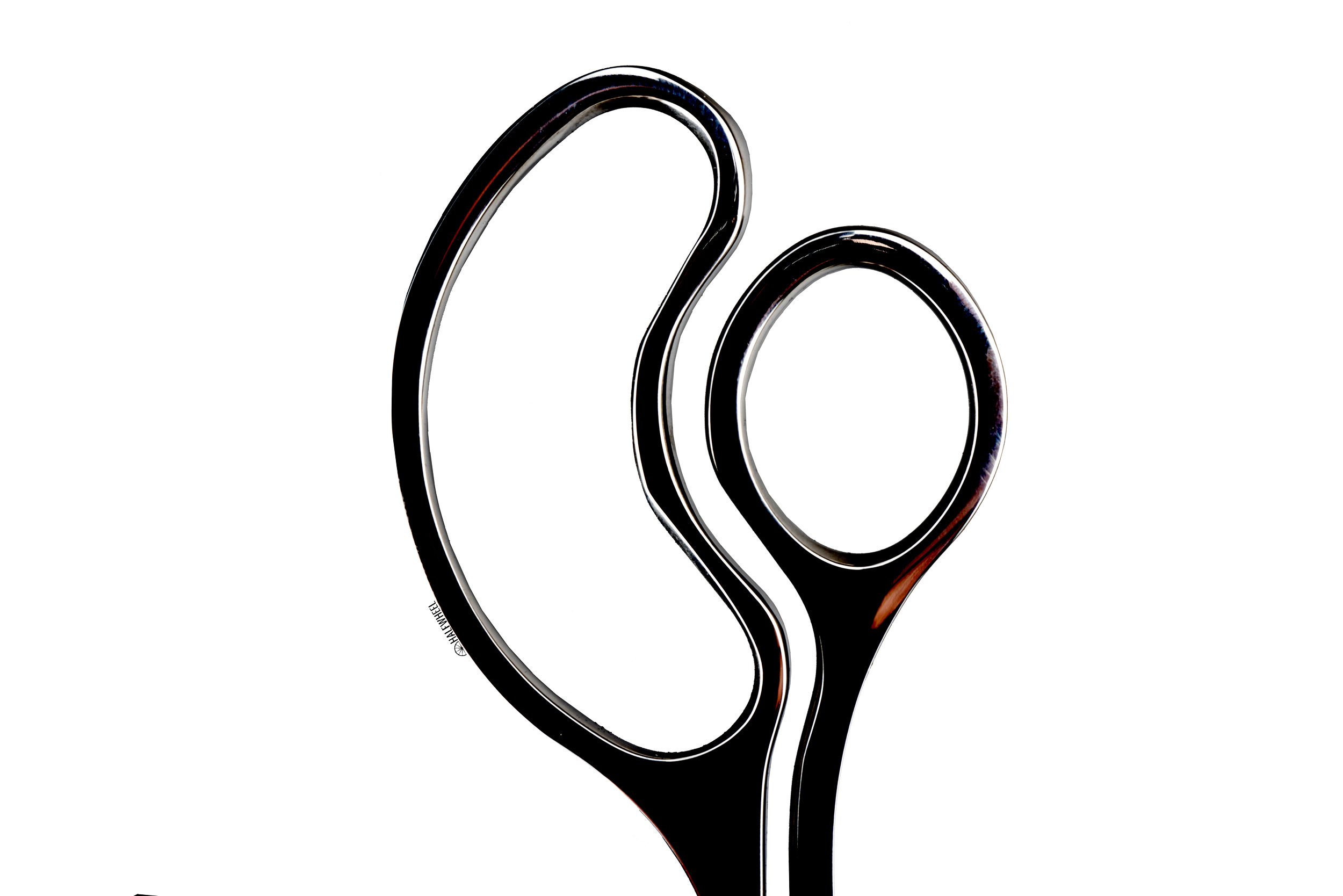 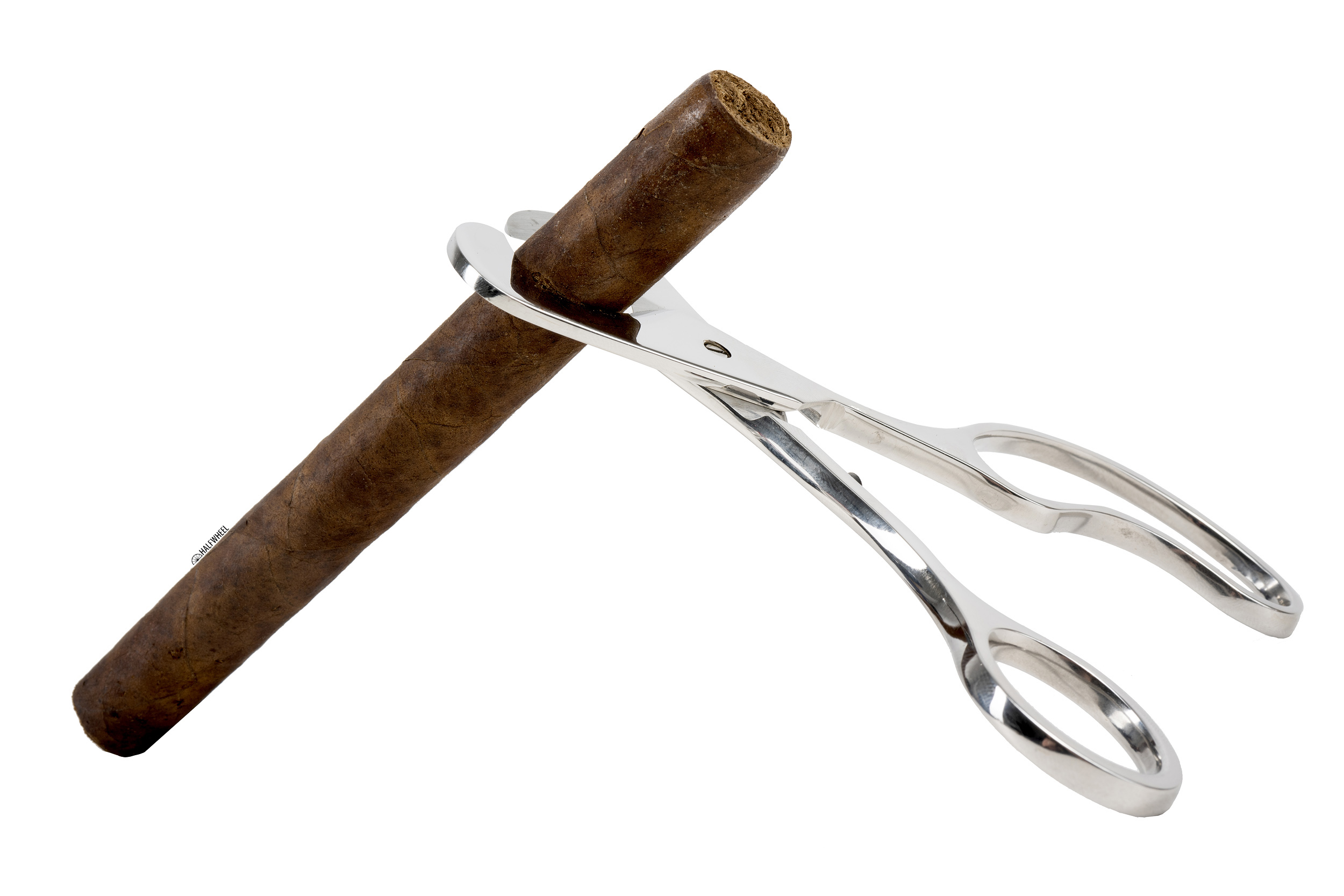 There are probably more examples of cigar scissors than you might think, so the Donatus has no lack of competitors. The most obvious is the Zino Cigar Scissors, which is visually identical right down to the sheath and where the logo is placed on the cutter. I haven’t used the Zino, but the only thing that seems obviously different between the cutters is the price: at $215, the Zino comes in about $55 higher than the Donatus. There have been all sorts of cigar cutters introduced in all sorts of categories over the years: functional, artistic, innovative, utilitarian. However, I would put the Donatus into yet another category that is not utilized as often: elegant. Sleek and graceful, the Donatus also happens to actually perform its most important job with virtually no issues at all, i.e. cut the caps off of cigars cleanly, easily and quickly. Sure, it is a little bit of a pain to carry around, but the results you get will easily make up for that minor inconvenience.