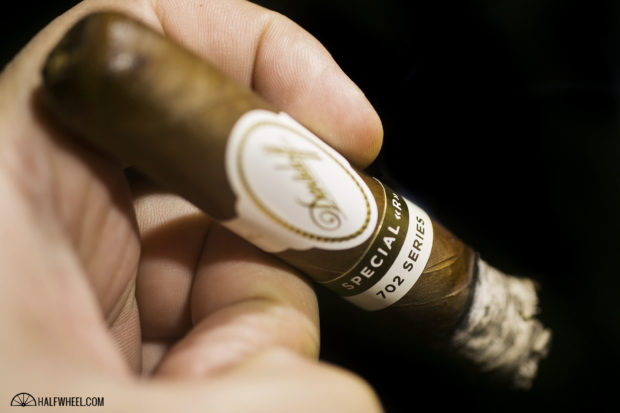 So far, there have been two themes to the cigar world in 2017.

One is something you are very familiar with: the U.S. Food & Drug Administration (FDA) and its recent regulation of premium cigars. The other is something many of you likely have not heard of: the price of Connecticut-seed wrappers.

Because of increased demand from the little/mass market cigar market in Europe, the price of Connecticut shade wrapper has skyrocketed. This is not something that is entirely new; I first heard murmurs of abnormally high prices at an auction two years ago, but the increase didn’t really set in until recently. The higher costs are having all sorts of effects, including growers that traditionally don’t grow Connecticut-seed wrapper are trying to grow the seed in places like Honduras and Nicaragua, where it’s typically not grown.

Last month, Davidoff formally released the new 702 Series, a seven-size line featuring some of Davidoff’s most popular sizes, only with an Ecuadorian hybrid wrapper instead of the Connecticut-seed wrapper that is normally found on the iconic vitolas. It’s unlikely the Connecticut-seed wrapper increase is the direct reason for this cigar, as Davidoff has been working on this cigar for a while and cigars showing up at select accounts prior to Aug. 8, 2016—though, I am sure the price surge didn’t hurt.

As for the wrapper on this cigar, it’s an Ecuadorian hybrid created from three different Cuban seeds that first appeared on the Davidoff Limited Edition 2009 Selección 702. 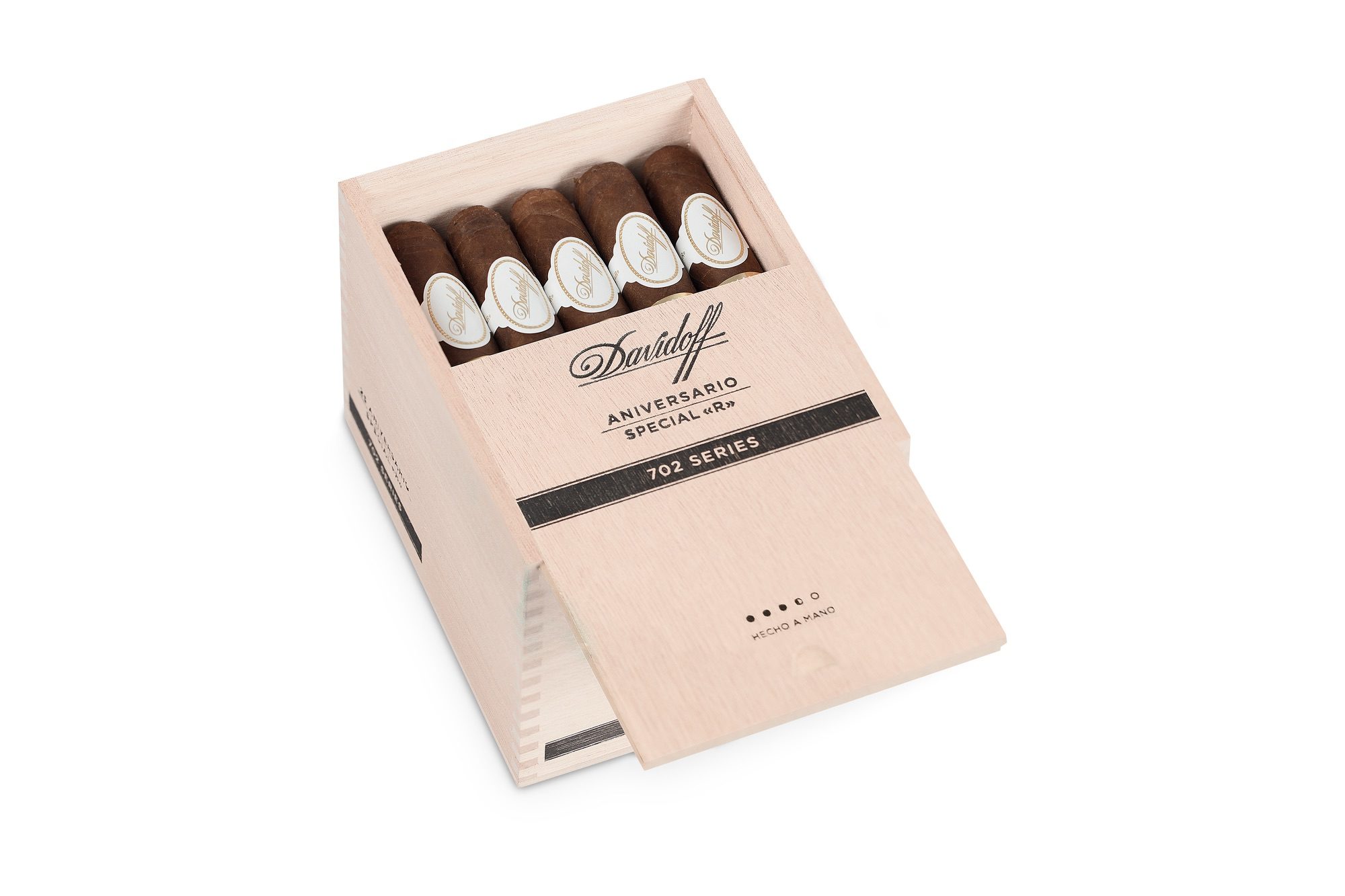 While there are seven sizes, most stores won’t carry all of the vitolas, but not by their own choosing.

There are three sizes offered worldwide:

Two additional sizes are offered to Davidoff accounts in the U.S.:

Two other sizes are offered at non-U.S. stores as well as the U.S.-based flagship Davidoff of Geneva since 1911 stores:

All sizes are also offered in soft packs of either four or five cigars, depending on the specific size. 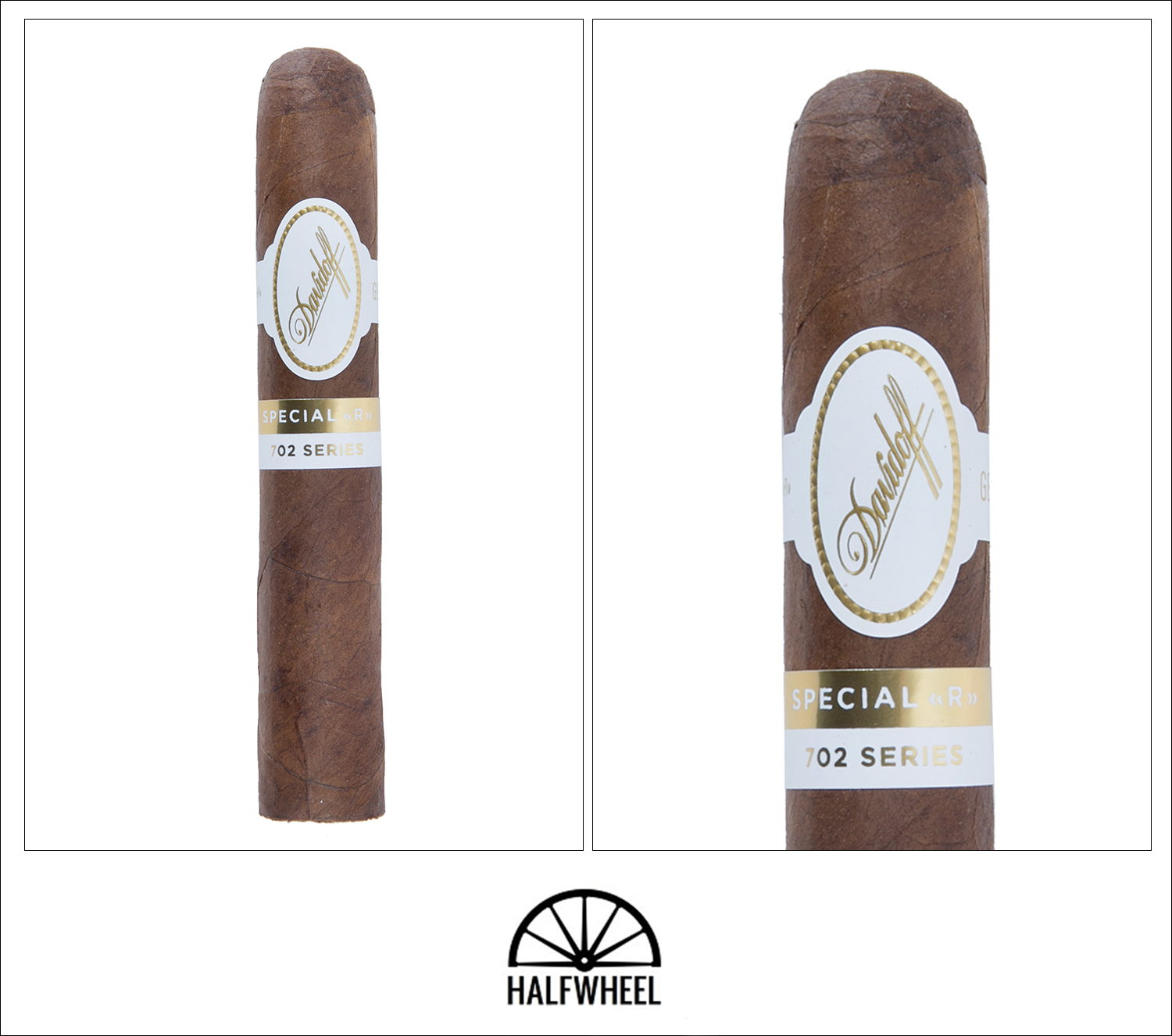 In addition to the special 702 bands, the darker wrapper makes it pretty easy to tell this and the regular Special R apart. The Ecuadorian wrapper smells a bit like a Chinese restaurant with some acidity. It’s odd, particularly considering the foot smells of waffle cone, strawberry cream, pinecone and some of that acidic and meatiness from the wrapper. Things don’t get any more logical with the cold draw: a salty peanut and hints of cranberry juice.

It begins with some Ritz crackers, popcorn, cedar, saltiness and minerals. While that’s not classic Davidoff, it doesn’t take long for the 702 Series Special R to become quite familiar: there’s apple wood, wet leaves, pecans and a sour cream-like creaminess. At times, the flavor is extremely compact and integrated, making it difficult to pick out individual flavors, but for a decent bit of the first third, the flavors are nicely layered. One sample has a distinct Chinese five spice tone that I don’t pick up elsewhere. Flavor is full, body is extremely smooth and the strength is medium, a bit stronger than a typical Special R. 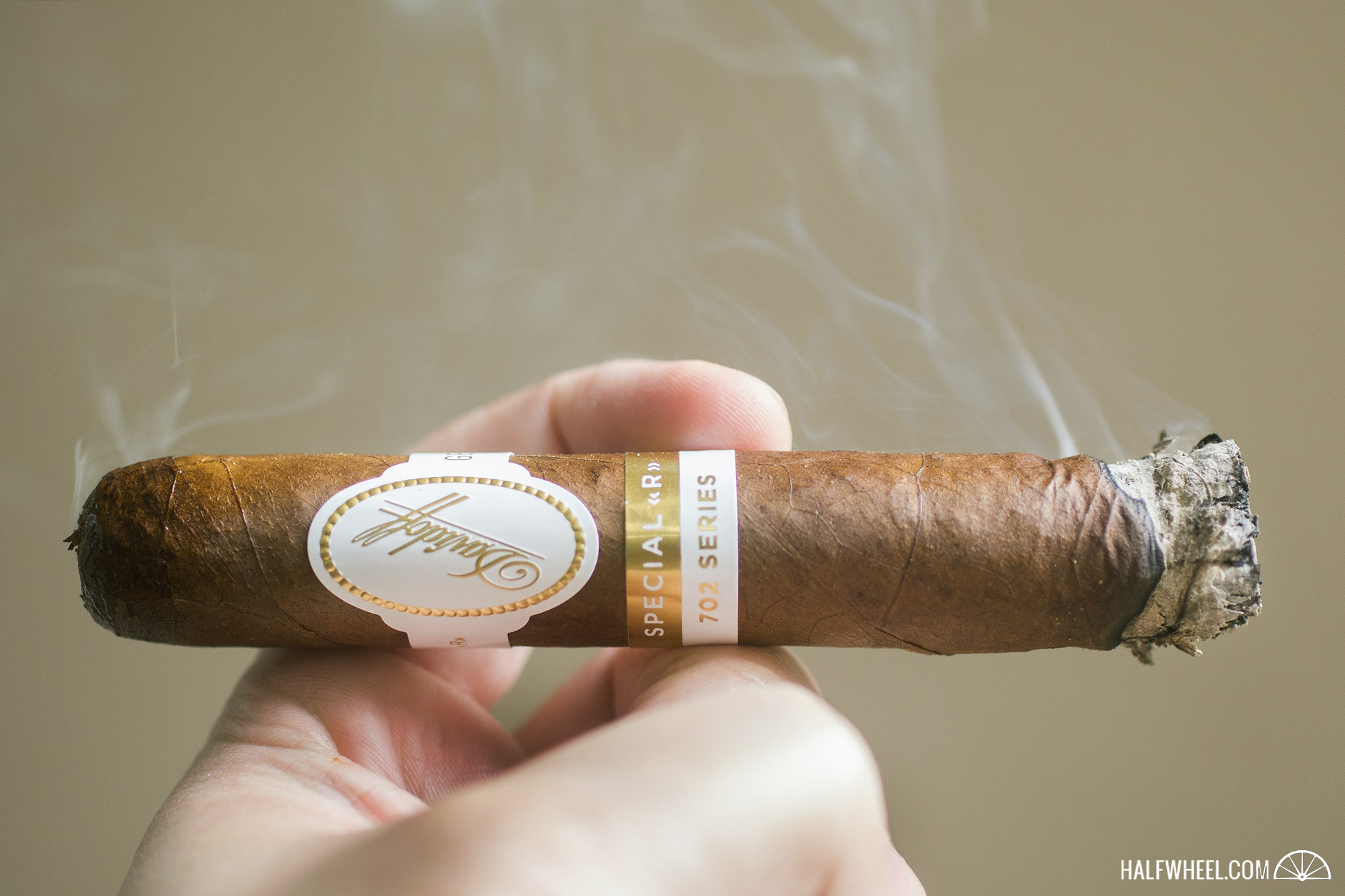 The Davidoff 702 Series Special R gets a bit drier in the second third. There’s a vast array of wood flavors with hickory and the apple wood being the stand outs. Shortly after the smoke leaves the mouth, there’s a big peanut butter note—which largely seems responsible for the drying out of the palate—and some mint. I get a bit of a generic white wine sweetness.[ref]I am admittedly not a wine connoisseur, particularly when it comes to white wine.[/ref] A couple of small touch-ups are needed to correct one part of the wrapper that isn’t burning, but they are relatively minor. Intensity-wise, things are quite similar to the first third. 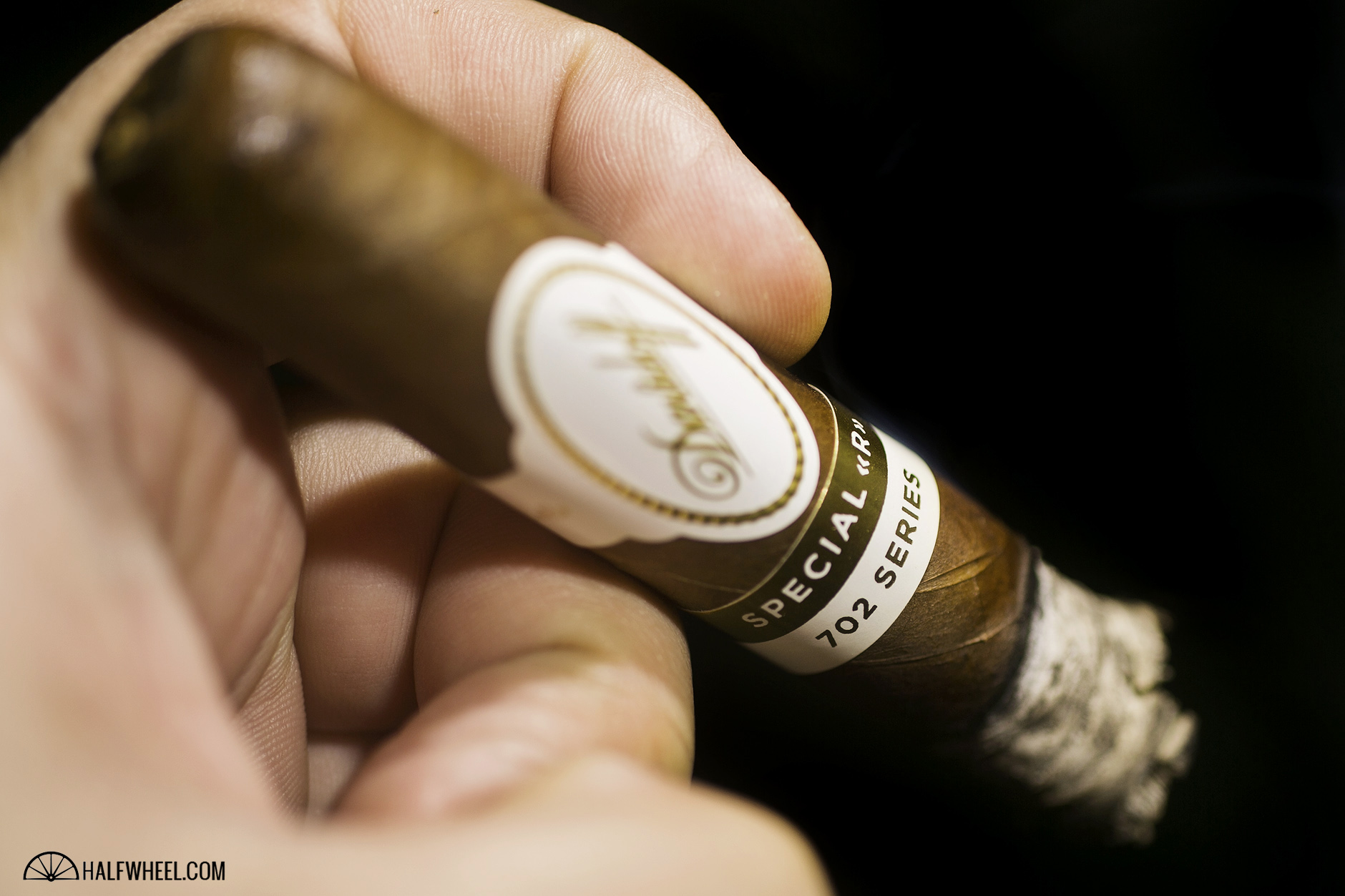 Flavor-wise, the final third adds a bit more sweetness thanks to a raspberry flavor and a creaminess that reminds me of a sweeter omelette. Woody flavors are still dominant, a bit more hickory than before, but the flavors come together extremely well. One sample has a lot of toastiness, something I cannot find in the other two cigars. Unfortunately, the 702’s burn is not great, requiring a full touch-up on all three cigars, something that doesn’t keep the cigar from eventually going out. 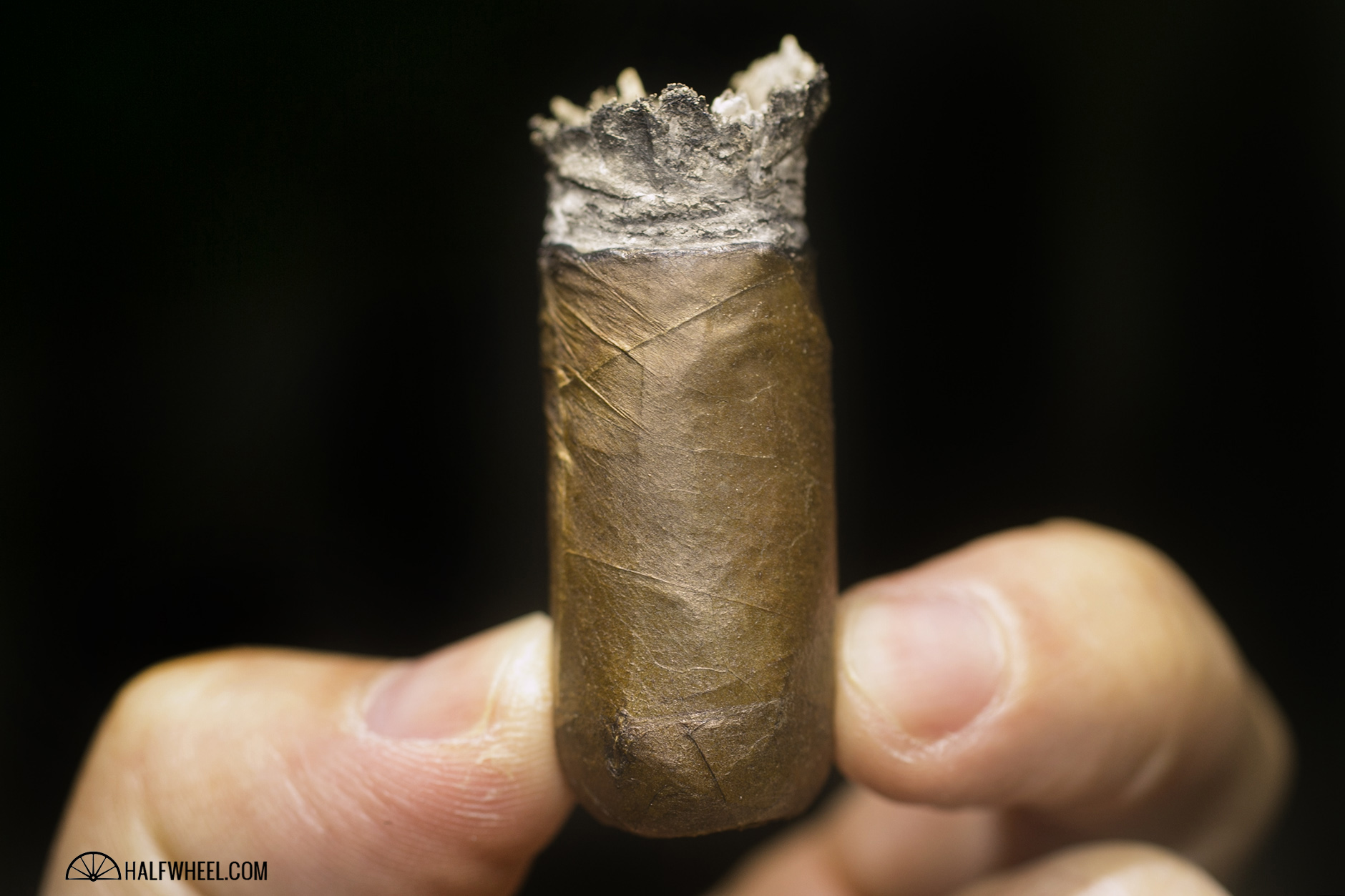 I enjoyed the Davidoff 702 Series Special R more than the score implies. Burn issues hampered this cigar, particularly in the final third, which was otherwise fantastic. It's good to see Davidoff spending a bit of time focusing on its core; for the last few years, it's been about Nicaragua, Escurio, Yamasá and Winston Churchill, cigars that were admittedly Davidoff trying to be different, even if it was a restrained difference. This felt very much like what I think of when I think of a classic Davidoff, thankfully without the olor flavor that can sometimes negatively affect a number of the company's core lines.