Daughters of the Wind Robusto

While adding a new vitola to a line is a relatively straightforward and uneventful announcement, in the case of the Daughters of the Wind Robusto, it brought about an entirely new blend to the line.

Instead of just adding the very familiar 5 x 50 vitola to the line, the company reworked the binder and filler of the regular Daughters of the Wind blend. It kept the Ecuadorian HVA wrapper, but swapped out the Costa Rican binder for an Ecuadorian criollo 98 leaf, while the filler of the robusto uses tobaccos from the Dominican Republic, Ecuador and Nicaragua, whereas the original blend uses Dominican and Peruvian leaves.

The cigar gets its name from a 6th-century Arabian poem and is produced at Tabacos de Costa Rica, the same factory that produces Atabey, Byron, Cuba Rica and MBombay, among others.

Here’s what I said about the Daughters of the Wind Robusto when I reviewed it in March 2019:

While on the mild and somewhat timid side, I definitely enjoyed the first half of the Daughters of the Wind Robusto as there are few times I’ll knock a cigar for being mild and mellow. If anything, I’ll take mild and mellow every time over rough, robust and unrefined. Where I did take issue with the cigar is the transformation it goes through just past the midway point, turning anywhere from a bit rough to downright irritating, and for seemingly no good reason. Other than a bit of standard wood and dry earth, I can’t say the flavors in the second half were appreciably better than those in the first, leaving the irritation factor as the main differentiator. I’d take the first half of this cigar any morning with a latte, while the second half merits having something to cleanse the palate rather than complement the cigar. 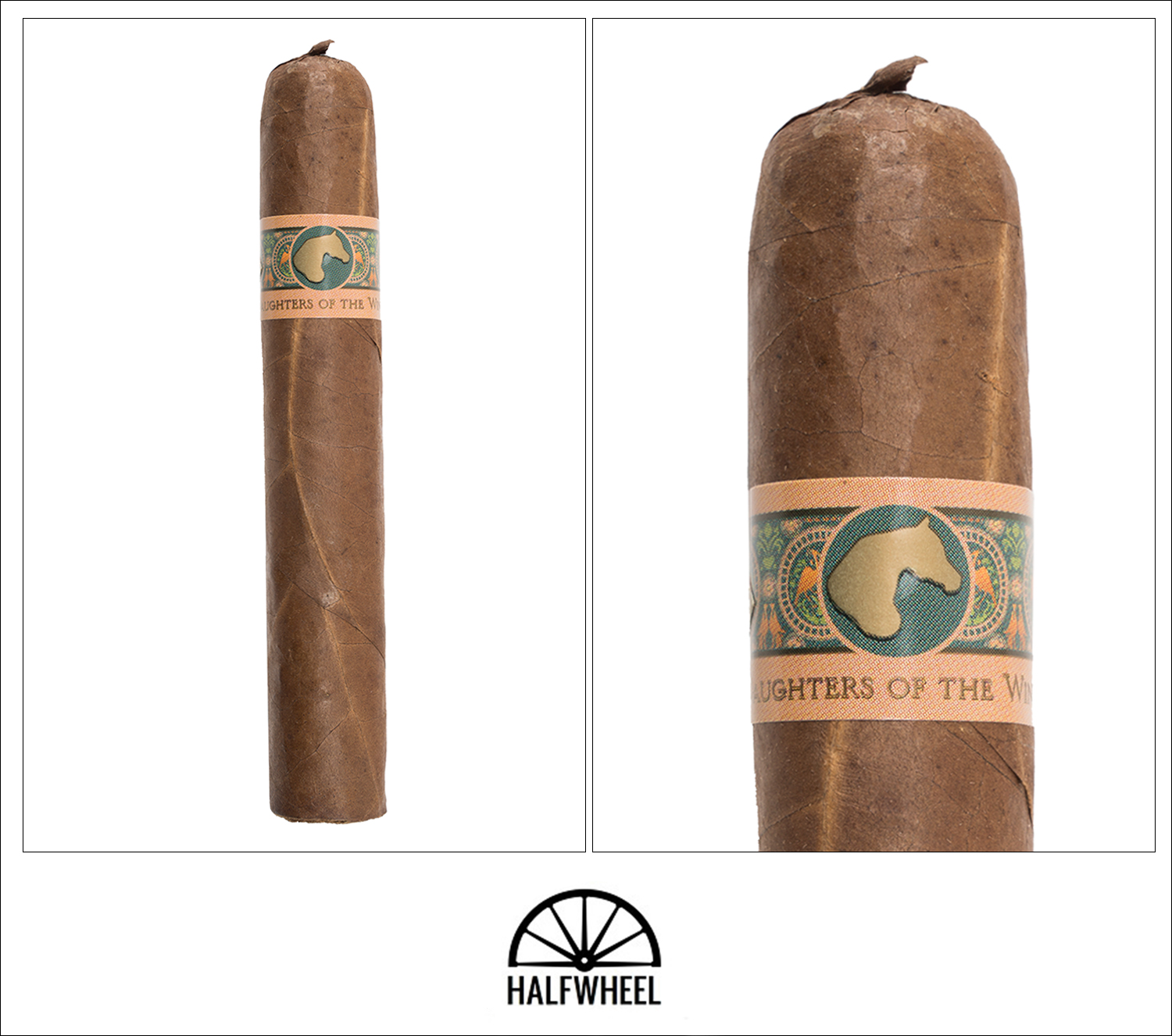 The Daughters of the Wind Robusto has an interesting color that reminds me of the kinds I shades I’d find in the salami portion of a meat case. It’s a medium brown with a slightly waxy finish, which gives it a bit of sheen, though it’s not what I would refer to as an oily leaf. Veins are small and the seam lines are visible, though neither is distracting. The cigar looks quite good visually, both in the way the band pairs and plays off the color of the leaf and in terms of its construction. It is firm in density, just a tick or two shy of being hard, while the nearly straight line of the cap is appreciated and the twist that creates the pigtail cap is centered and fairly symmetrical. The foot of the cigar is fairly mild and doesn’t offer much for my olfactory nerves to latch onto, other than a bit of salami or ham with no pronounced pepper or sweetness. The cold draw is firm and gives the palate a bit of black pepper while keeping the meatiness and giving it a bit more impact on the senses.

The cigar gets off to an impressive start, offering a tempered black pepper and a richness that draws my mind back to the salami aroma while adding a bit of associated fattiness and oiliness. While the draw is a bit firm and takes a bit more effort, that is rewarded with plentiful smoke production, giving the senses plenty to dive into. Retrohales almost perfectly mirror the puffs, tingling the nose with a vibrant yet gentle black pepper note that is easy to enjoy. While maybe not the most complex start I’ve ever experienced in a cigar, the Daughters of the Wind Robusto is still quite enjoyable as it is both easygoing and engaging, as well as stimulating but not overpowering to the senses. Other than picking up a bit of dry woodiness it doesn’t change much as the burn line makes its way through this section, though that doesn’t affect my enjoyment of the cigar. Flavor is medium, body is medium-plus and strength is medium-minus. Construction and combustion are both very good. It’s a few puffs after the midway point that the Daughters of the Wind Robusto makes its first really noticeable change, adding a bit more black pepper, spinning the earthiness into a sharper expression, and turning up the intensity of the flavors on the whole. That change continues and by the start of the final third it is quite vibrant, so much so that it yanks my attention back to and fully on the profile. If the first half of the Daughters of the Wind Robusto had been enjoyable if a bit tame, the second half more than makes up for that, revving the flavor’s engine in the final third and delivering a vibrant flavor that meshes the wood, pepper and earth quite well, leaving a lingering and slightly mouth-drying finish. For some reason combustion struggles as the cigar gets into that final third, which necessitates a relight but doesn’t seem to otherwise affect the cigar. The final inches see the profile get just a bit more vibrant and rocky, the latter of which doesn’t always sit well on the palate, and in this case, inch towards the throat more than I’d them to. Otherwise, the cigar finishes quite well, staying vibrant with a medium-plus flavor, medium-plus body, and medium strength. The technical aspects are very good as well, with smoking time finishing right at two hours.

Since it had been nearly three years since I smoked the Daughters of the Wind Robusto, I wasn't quite sure what to expect. The first half had me thinking along more typical lines, in that the rest had mellowed the cigar out, smoothed some rough edges and it would give me an enjoyable if maybe overly subdued experience. The second half, however, changed course and ramped up the vibrancy of the flavors rather quickly. While still a bit lacking in complexity, it makes up for that with a clean and lively flavor that is also easy to enjoy. It's not that far off in general terms from what the cigar offered when new, but now that second half is much more refined and enjoyable, making for an experience I'm glad to say was worth the three-year wait.