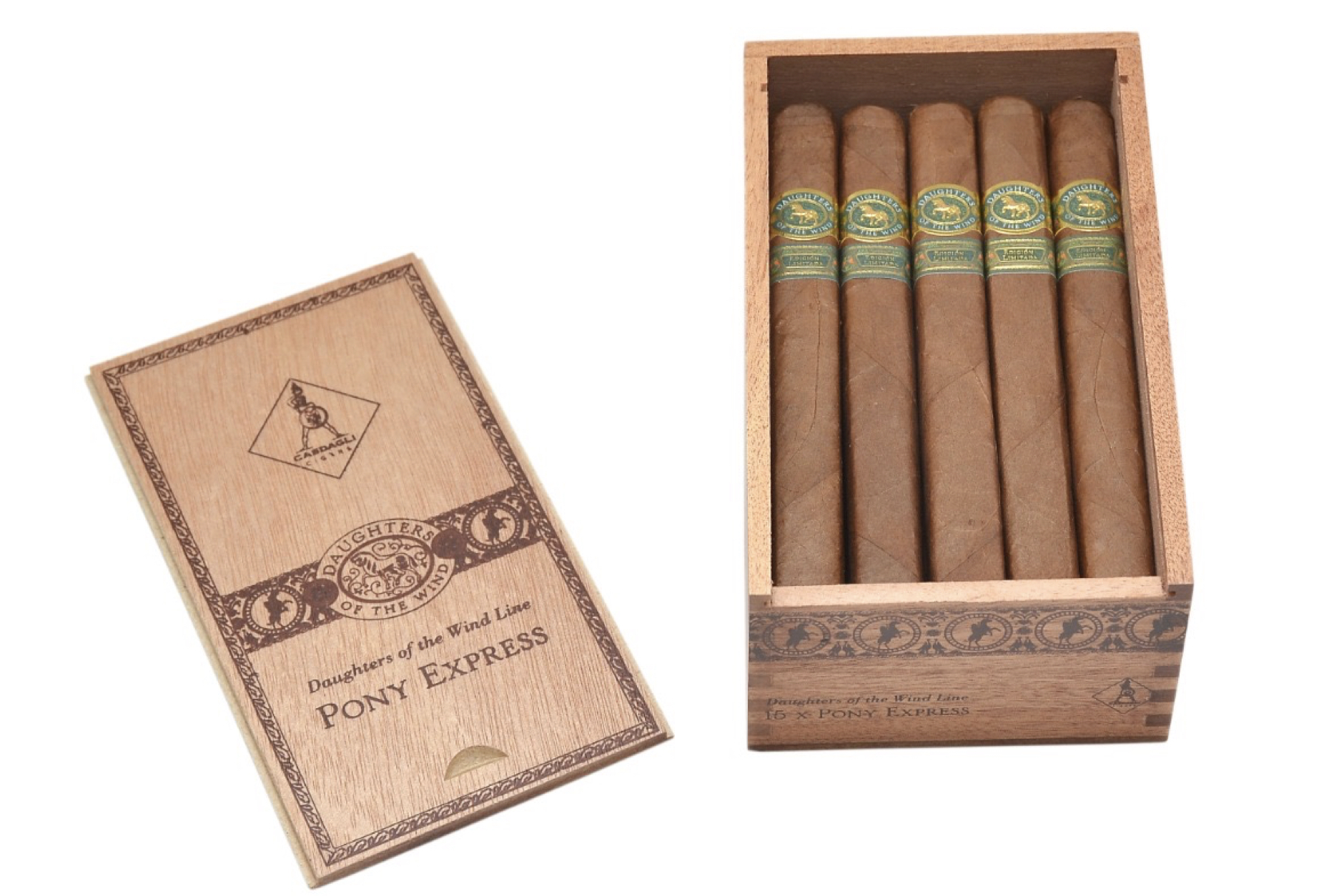 Later this month, SmallBatchCigar.com will be receiving yet another exclusive from Casdagli, the first box-pressed cigar from the brand formerly known as Bespoke.

The Daughters of the Wind Pony Express is a 6 x 48 box-pressed parejo that is a modified version of the Daughters of the Wind blend. It uses an Ecuadorian habano wrapper over dual binders: Costa Rican Puriscal and tobacco from Estelí, Nicaragua. The filler blend is also changed, namely a different proportion of Dominican oscuro ligero and Peruvian tobaccos.

The Pony Express is a reference to the fast shipping times from SmallBatchCigar.com, the online storefront of Maxamar Ultimate Cigars. It will actually launch at Maxamar on Nov. 13 during an event with Casdagli and Vlada Stojanov.