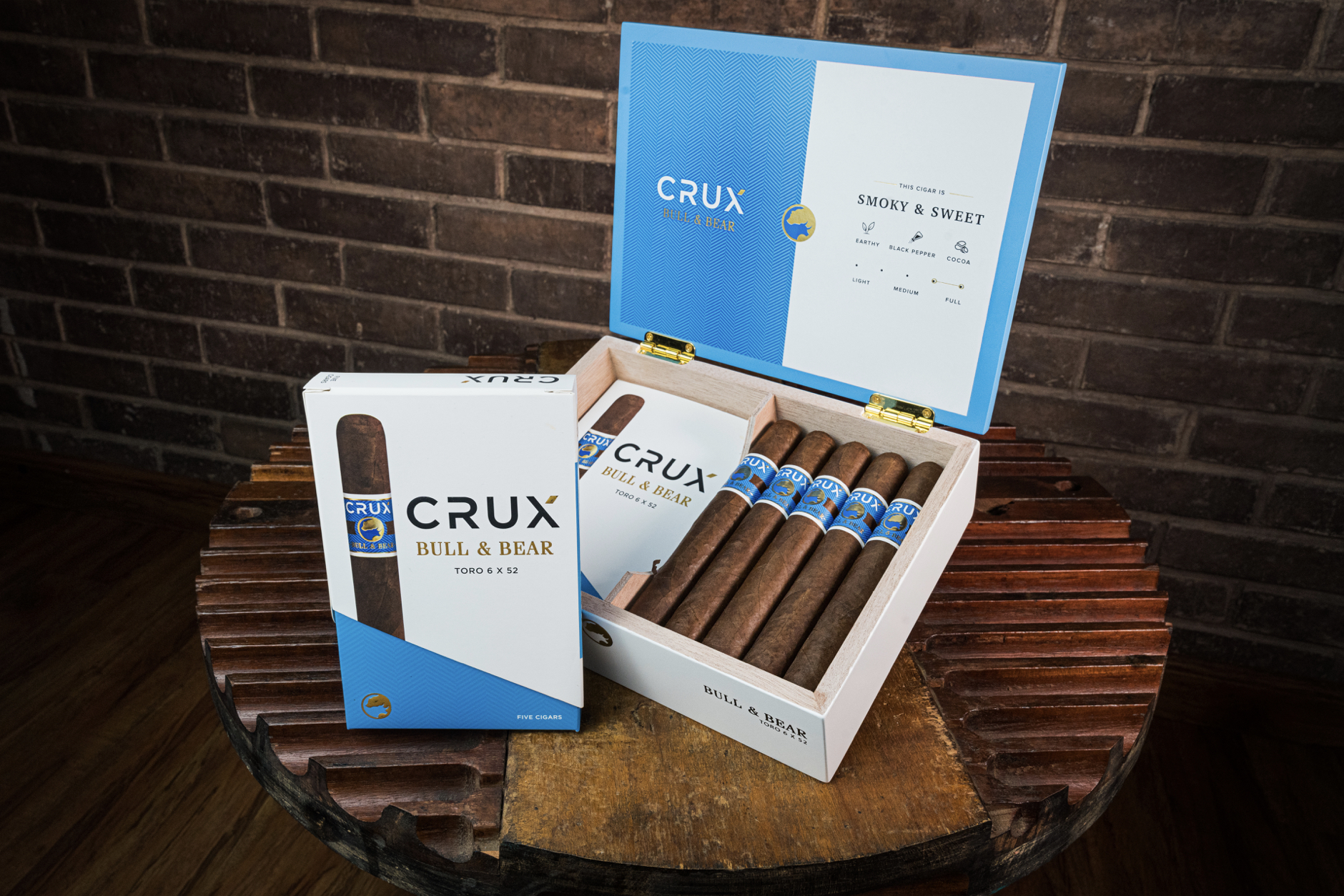 Crux Cigars has announced that it has begun shipping the newly redesigned Bull & Bear.

Earlier this year, Crux announced that it was updating the packaging for all of its lines. Some of those have already shipped, though others are still trickling on to the market.

The blend remains the same as it has always been: a Nicaraguan puro capped off by a habano wrapper from Jalapa.

In addition to the new packaging, the company has added a 6 x 52 toro size to the line. It is priced at $8.99 per cigar.