Almost one year ago Crux Cigars announced it was expanding the Passport line with the Half Corona and the No.4 at the 2014 IPCPR Convention & Trade Show. Delays however caused them to only be released at the end of May. With these two additions the Passport line now five different sizes in it. While the Passport band is the same size as what decorates the rest of the line, on the Half Corona it looks quite large. From the bit of cigar peeking out around the edges however, shows a beautiful reddish brown wrapper that’s seamlessly applied. There is some give when squeezed and the wrapper is quite soft and oily to the touch. The Half Corona features a pigtail cap and a covered foot—definitely a different look from the rest of the line. Barnyard, leather and a light cocoa aroma come off the wrapper, while cedar, a vegetal note and a bit of pepper make up the cold draw.

The first third starts out with a medium sweet profile that has a nuttiness up front, a bit of caramel, some cedar and a earthy background with a light peppery bite to it. The burn starts out pretty nice with a mostly even burn that is just a touch wavy. There’s plenty of smoke produced from the little cigar, and the draw is right in the middle of ideal. The ash holds on for almost the entire third, which is a little over the inch mark. Moving into the second third of the Passport Half Corona quite quickly, the profile shifts some with less sweetness and more of the earthy bite. Caramel is still there, though quite light in the background, while the nuttiness and cedar are still present as well. The burn has evened up nicely and the ash continues to hold on quite firmly. The vegetal note from the cold draw has shown up in the form of some freshly cut grass, which fits nicely in with the cedar and earth. 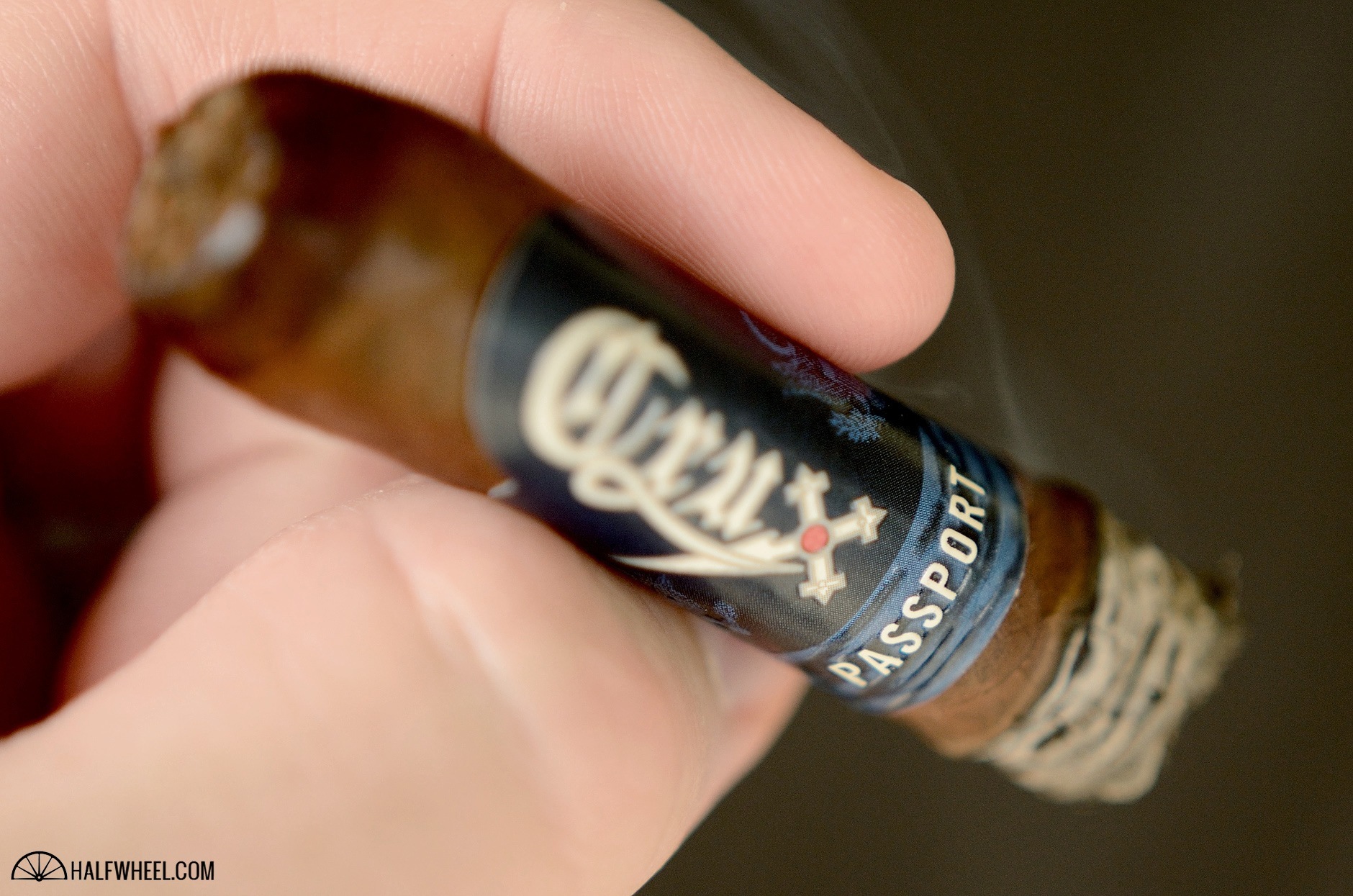 Already into the final third the profile continues much as before, with earth, grass and cedar up front and the nuttiness and caramel in the background. The burn is still mostly even, though a small touch-up was needed to catch a lagging bit of wrapper up with the rest. As with any smaller ring gauge cigar, it can start burning hot if you smoke it too quickly, but if you are patient the Half Corona finishes smooth and cool with a nice profile to the end. The big question is how does the Half Corona line up to the rest of the Passport line? I’m normally a proponent for smaller ring gauges, but this time I think I would reach for the Toro or Corona Gorda first. That’s not to say that I didn’t enjoy the Half Corona, because I did. It had a very solid profile that matches up to the rest of the line well, and the construction was pretty consistently nice. Having said that though, if you smoke it too fast it will suffer, and the Toro and Corona Gorda are a little more forgiving in that aspect. If you’re looking for a quick smoke and the Passport profile though, the Half Corona will be right down your alley and I can easily suggest seeking these out to try for yourself.