While Crux hasn’t released any new sizes in the Passport line since my original review of the Half Corona, they certainly haven’t been sitting on their laurels. Since debuting at the 2014 IPCPR Convention and Trade Show, Crux has continued to release not only new sizes but new blends as well. This includes the 2016 limited edition PB5 that ranked second on our 2016 top 25 list.

While the Passport Half Corona didn’t reach the same heights as the PB5, it was still a really enjoyable cigar. Since I haven’t had a chance to smoke any Passports that have some time under their belt, I was excited to see what a year and a half of rest had done to the profile.

Here’s what I originally had to say about the Half Corona:

The big question is how does the Half Corona line up to the rest of the Passport line? I’m normally a proponent for smaller ring gauges, but this time I think I would reach for the Toro or Corona Gorda first. That’s not to say that I didn’t enjoy the Half Corona, because I did. It had a very solid profile that matches up to the rest of the line well, and the construction was pretty consistently nice. Having said that though, if you smoke it too fast it will suffer, and the Toro and Corona Gorda are a little more forgiving in that aspect. If you’re looking for a quick smoke and the Passport profile though, the Half Corona will be right down your alley and I can easily suggest seeking these out to try for yourself.

Picking up the Passport Half Corona I’m reminded again of how petite these are, which are really great if you’re in a time crunch. The wrapper is still soft and oily to the touch, with the covered foot and pigtail cap adding a visually pleasing aspect. There isn’t too much aroma coming off the wrapper, just a light leather and hay, while the cold draw is slightly more flavorful with some cedar, a vegetal note and a hint of vanilla – any pepper that was there before seems to be gone.

Starting into the first third it’s the familiar sweet nuttiness followed by caramel, cedar and a light earthiness. The pepper that was around before is gone, allowing the profile to be slightly more smooth. As I get close to the second third, the sweetness starts dying down a bit and along with it a bit of the caramel goes too. The earthy note has grown, while cedar, nuts and a light vegetal note make up the background notes. Moving into the final third, a grassy note has developed alongside the cedar and earth at the forefront and the light nuttiness in the background. Smoking it down to a nub, it stays smooth and flavorful to the end. 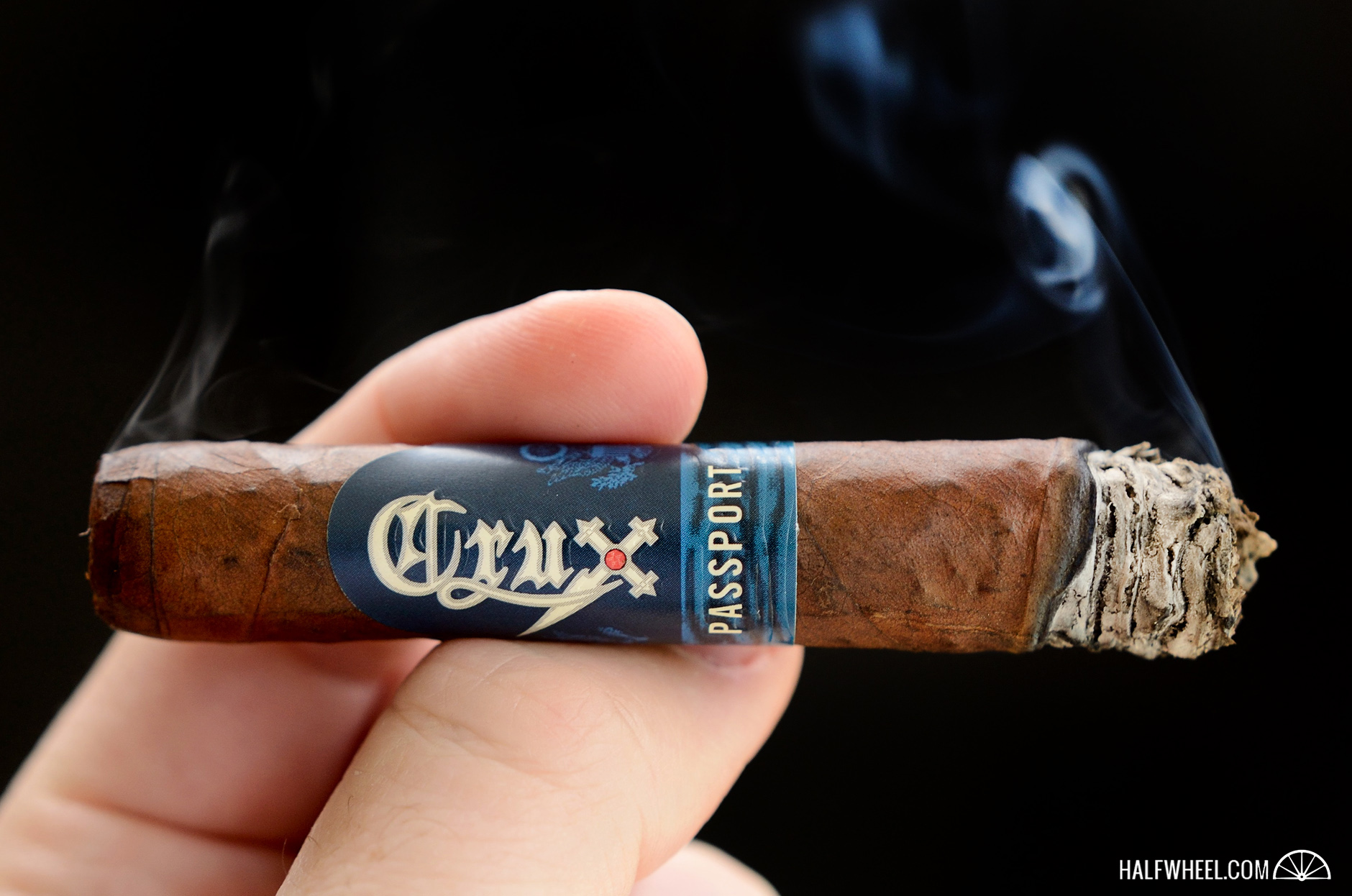 As with most cigars with covered feet, the Half Corona does have a slightly tighter draw to start out with, but quickly opens up to the ideal range. Plenty of smoke pours out of the little cigar, and while the burn line started out a little wobbly, it evened itself up quickly enough. The ash is nice and dense, all sticking together in one piece until I roll it off in the ashtray at around the inch mark. For the remainder of the cigar the burn was impressive to the end, without having to do any touch ups.

While a year and a half didn’t transform the Passport Half Corona into something completely different, it did calm down the little bit of pepper that was there, smoothing out the profile and allowing the other flavors to shine a little brighter. The solid construction and good profile really does make this an enjoyable cigar, and while I still think I’ll stick to the Corona Gorda as my favorite size, the Half Corona is a fantastic choice for a shorter cigar.