The first Ecuadorian Connecticut-wrapped blend from Crux Cigars just also happens to be one of the company’s most interesting release stories.

It all started in July 2016, when the Epicure blend was first announced as a three-line release at that year’s IPCPR Convention & Trade Show. The regular production line was originally scheduled to ship to retailers by the end of 2016, but the year ended with no sign of the cigars.

In May 2017, Crux a sampler of 5 3/8 x 46 corona gorda vitolas across a variety of its blends during ZT Cigars’ Smoklahoma 2017 event. That sampler included an Epicure Corona Gorda, which ended up being released prior to the three core vitolas.

In November 2017, four vitolas of the Crux Epicure line would ship: the Robutso, Robusto Extra, Toro and the aforementioned Corona Gorda, which was added as the fourth regular production release. All four feature the same blend, an Ecuadorian Connecticut wrapper covering both a binder and filler blend of Nicaraguan tobacco.

Fast forward to December 2018, Crux announced it would be releasing a brand new vitola in not one, not two, but three different blends: Epicure, Guild and Limitada PB5. All three releases would have a number of similarities: each is a 6 x 54 double perfecto packaged in boxes of 10.

As with all of Crux’s releases so far, the Epicure Short Salomone was rolled at Plasencia Cigars S.A. in Nicaragua and began shipping to retailers on April 1. Of note, the Guild and Limitada Short Salomones have not shipped.

There are now five different vitolas in the Crux Epicure line. Visually, the Crux Epicure Short Salomone is extremely attractive, with a golden brown wrapper that almost glows. Although it is parchment-like to the touch there is almost no oil that I can discern. While there are plenty of veins visible running up and down the wrapper, none of them are overtly distracting, and the cigar has quite a bit of give when squeezed. Aroma from the wrapper is a combination of strong hay, manure, earth, creamy almonds, citrus and white pepper while the cold draw brings flavors of hay, lemongrass and leather.

The foot of the Crux Epicure Short Salomone lights extremely quickly, and I am immediately inundated with strong flavors of both hay and creamy peanuts, followed by lesser notes of leather, earth, cedar, milk chocolate, dried tea leaves and cocoa nibs. In addition, classic vanilla bean sweetness combines with a nice white pepper note on the rethrohale, and there is a surprising amount of spice on my tongue that does not seem to be dissipating anytime soon. Construction-wise, the draw is excellent after a Dickman cut and the burn is wavy—albeit far from needing attention—and there is a buttload of smoke coming from the foot. In terms of strength, the Short Salomone has issues getting above the mild mark, although it does begin to increase more noticeably just as the first third comes to and end. Thankfully, the vanilla bean sweetness in the profile of the Crux Epicure Short Salomone begins to increase by the start of the second third, as the overt creaminess of the profile. The dominant flavors also shift from hay and peanuts to more of a cedar and leather combination, while other flavors of espresso beans, cocoa nibs, stale bread and dank earth flit in and out. While there is not near as much white pepper noticeable on the retrohale compared to the first third, there is still plenty enough to make a positive impact on the profile as a whole. In terms of construction, the burn and the draw continue to give me no issues and the smoke production continues to flow from the foot in huge waves. Finally, although the overall strength does increase a bit at the end of the second third, it still only manages to reach a point just below the medium mark. 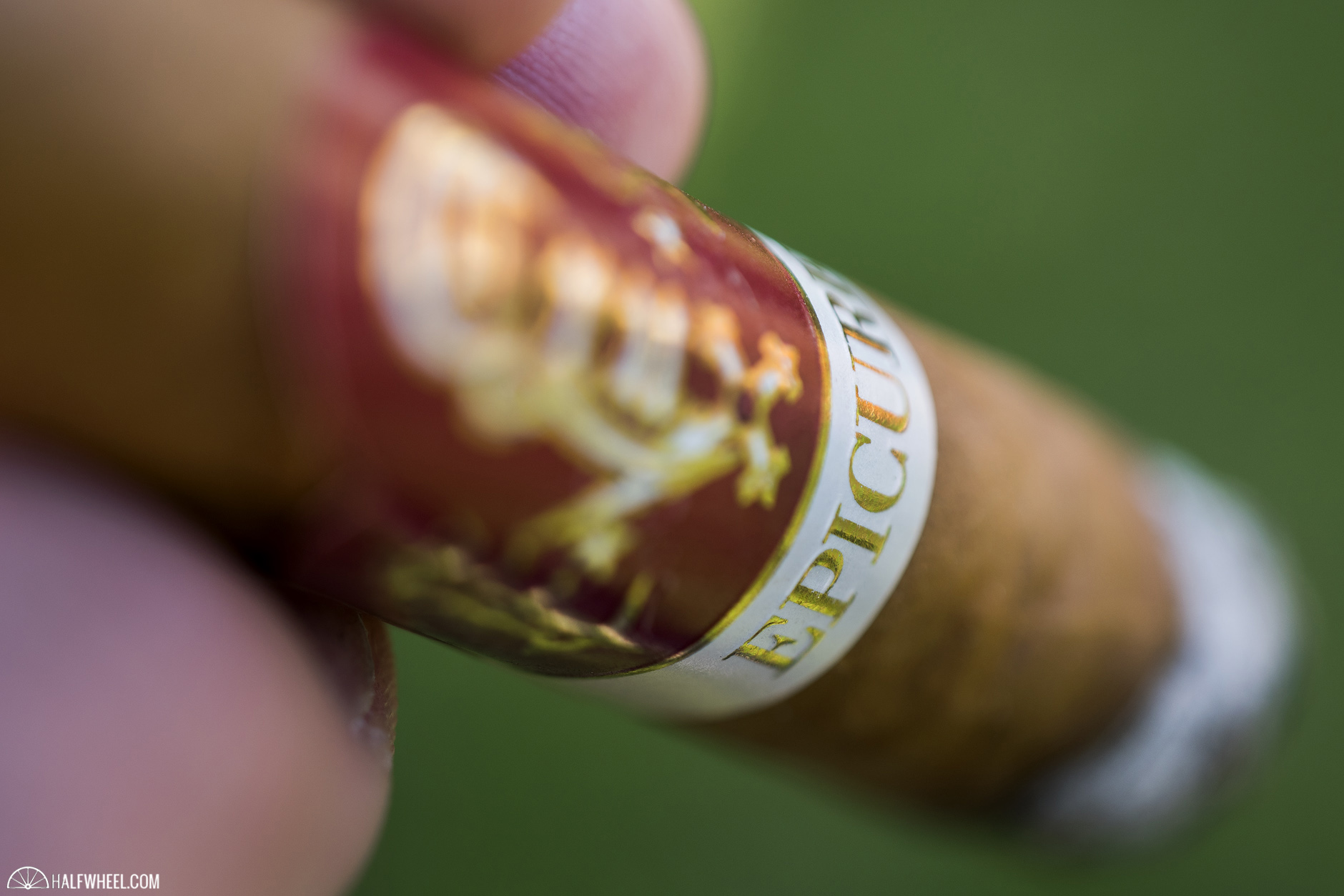 The final third of the Crux Epicure Short Salomone seems to do a complete 180 in some respects, with the vanilla bean sweetness taking a back seat to the still dominant cedar and leather combination. There are still additional flavors of earth, hay, butterscotch, creamy peanuts, ground coffee and yeast, but the white pepper on the retrohale is been cut by at least half, never to return. The draw and the burn continue to impress, with neither giving me any issues whatsoever, while the smoke production is still a bit higher than average, albeit still a bit thin for my tastes. While it does not end up being an overtly strong cigar, the Crux Epicure does manage to hit the medium mark right before I put the still cool nub down with a little less than an inch left. I have always said that Connecticut-wrapped blends are one of the toughest to get right, especially in today’s cigar market: make it too mild, and it becomes a boring mess, make it too strong and it will overwhelm some of the nuances that a lighter blend brings to the table. Having sad that, the Crux walks the line nicely, with a great creamy profile that includes lemongrass and peanuts along with some nice white pepper and vanilla beans sweetness packaged with enough body and strength to keep things interesting. In addition, the construction was easily good enough that I did not have to worry about it the entire smoke. While it is not the best cigar that Crux has to offer—the would be the Limitada PB5—the Epicure Short Salomone has something for just about everyone, and really makes me look forward to the other two blends in this vitola that will be coming out later this year.