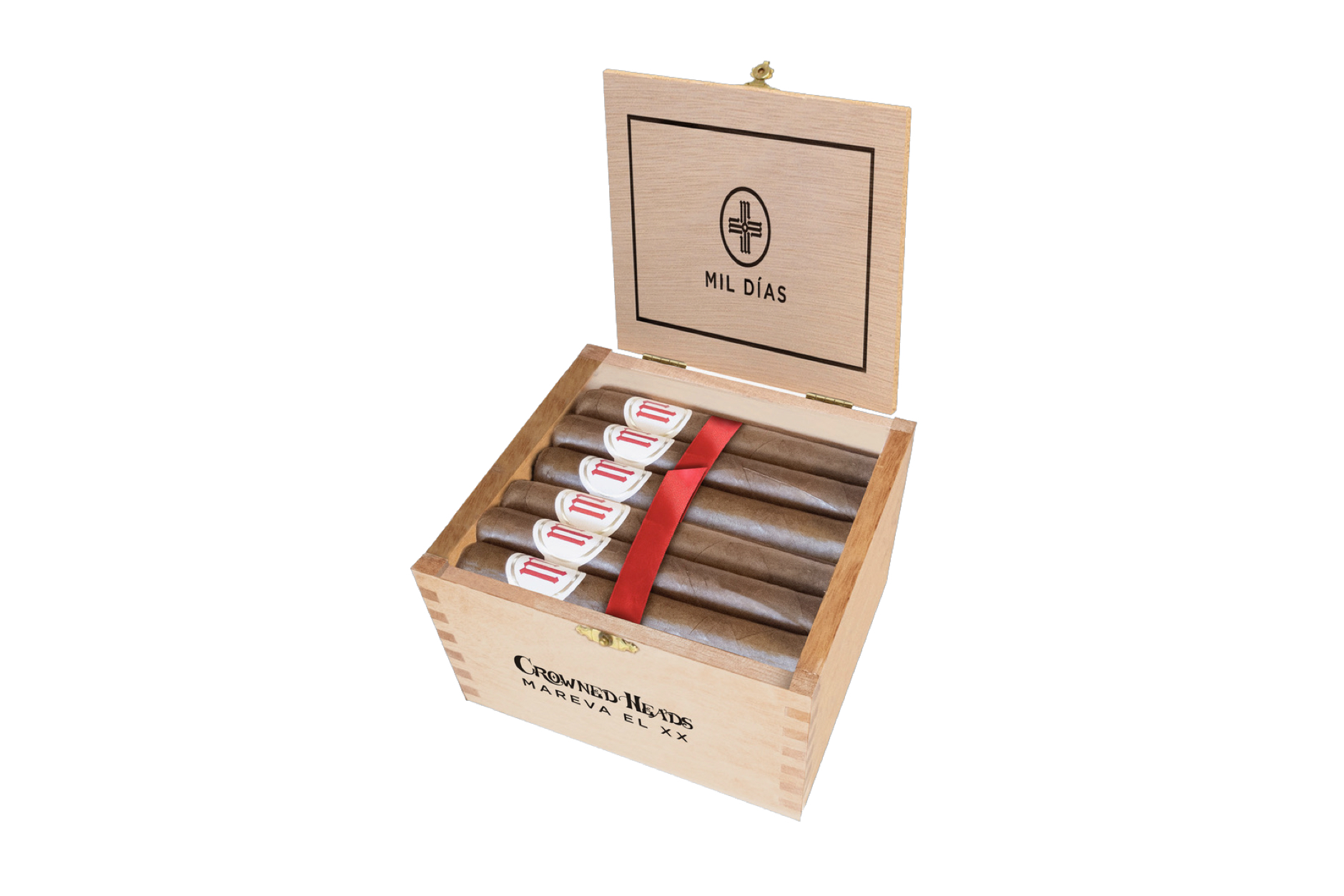 The Mil Días Mareva Edición Limitada XX is off to stores.

This is a pretty quick extension for the Mil Días line, which arrived on shelves in September.

It uses an Ecuadorian habano wrapper over a Nicaraguan binder and fillers from Costa Rica, Nicaragua and Peru.

The line debuted in mid-September in four regular production vitolas.

Mil Días is Spanish for 1,000 days. It’s a reference that the project took roughly 1,000 days between the time Tabacalera Pichardo presented Crowned Heads with the original samples to when it was released.