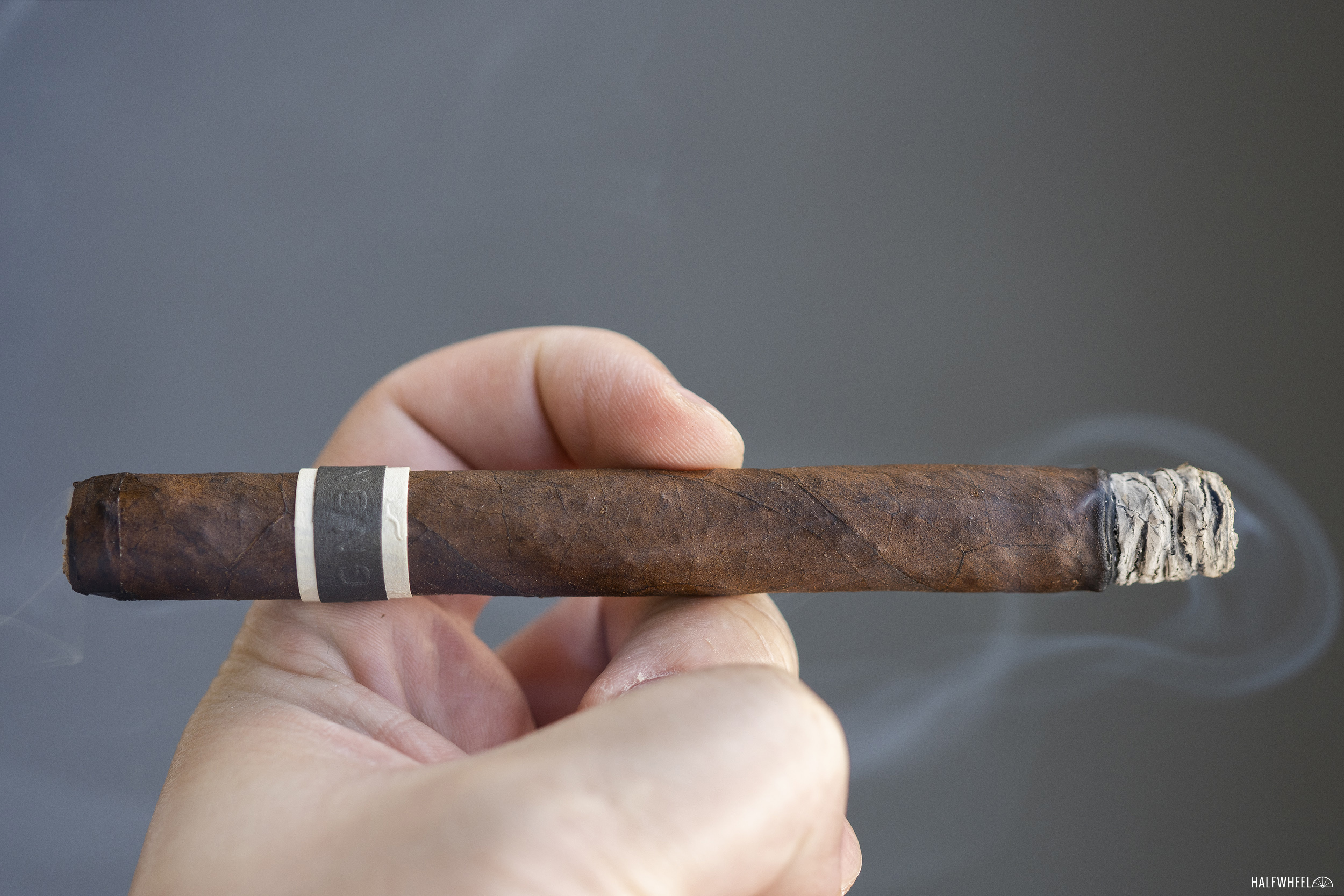 As with many writers, every day brings a new email with some form of would you be interested in writing about this? Whether it’s someone trying to sell us new software, a cigar company wanting us to write about some new ad campaign or a retail store wanting us to write about their annual poker game tournament—most pitches get turned down. Some make it onto this website and you’ve inevitably read about them.

One of them stands out as completely different.

In 2014—after a year or so of trying to get me to do it—I finally took up Jim Harrison on his offer. At the time, Harrison was a sales representative for XIKAR in Texas and the surrounding states. He had told me that he was going to leave the company soon and so it sort of became a now or never moment for this particular pitch.

Harrison wanted me to visit the XIKAR offices in Kansas City and also spend time some time on the road to see what the life of a traveling salesman in the cigar world was really like. I finally took him up on this pitch and spent five days with him as we traveled through parts of Oklahoma, Kansas and Missouri.

I saw stores in parts of the country that I probably won’t ever see again, I learned a lot about XIKAR but I also learned about the particular type of grind of the daily grind that exists for so many in this industry. While I never wrote about the trip specifically it remains one of the more important trips I ever took, and has consciously and subconsciously shaped so many of my thoughts going forward.

Harrison and I also smoked a lot of good cigars on the trip.

During the journey, I bought some interesting cigars at various shops we visited, one of which was a bundle of CroMagnon Breuils at Just for Him in Springfield, Mo.

In 2014, RoMa Craft Tobac released the El Catador de las Panetelas, a sampler that included two cigars each from the company’s then four existing lines, each in a 5 1/2 x 37 size. It sold 225 boxes priced at just $54.

I reviewed the CroMagnon version and while it didn’t receive an incredible score, one particular sample remains a distinct memory to this day:

On one hand, the CroMagnon Breuil is the best cigar I’ve smoked from RoMa Craft Tobac—or at least the first inch and a half of one of the three samples I smoked. On the other hand it was a cigar that was good, but troubled. I reminisce on the first 15 minutes I had with the second sample—it demands that attention—a sublime experience besting anything from the factory, and running circles on the otherwise best cigar I smoked this year. Unfortunately, troubled is the way I would describe my three Breuil samples. Two, including the cigar with the aforementioned incredible first third, had destructive burn issues and the third managed to find a way to suddenly go out in the final third. I’d pay the price of admission to play the lottery solely in hopes of that incredible 15 minutes, but the overall experience fails to meet the expectations set by NicaSueño.

In addition to the samplers, Just for Him also received a limited number of each line’s panetela in boxes, though I ended up purchasing a bundle of the CroMagnon. I remember remarking at the time that I just wanted to replicate the 15 minutes. If it happened again, I’d consider the purchase a win even if the rest of the cigars weren’t great.

I smoked a couple shortly after the purchase in late 2014 and didn’t find that 15 minutes of bliss, though still getting to have a good cigar. But like most cigars I buy, the bundle then just got lost in a cooler as the demands of being a cigar reviewer caught up with me.

As with most line extensions for RoMa Craft Tobac, the Breuil can now be found in limited quantities at certain retailers, during certain times of the year or at select events. 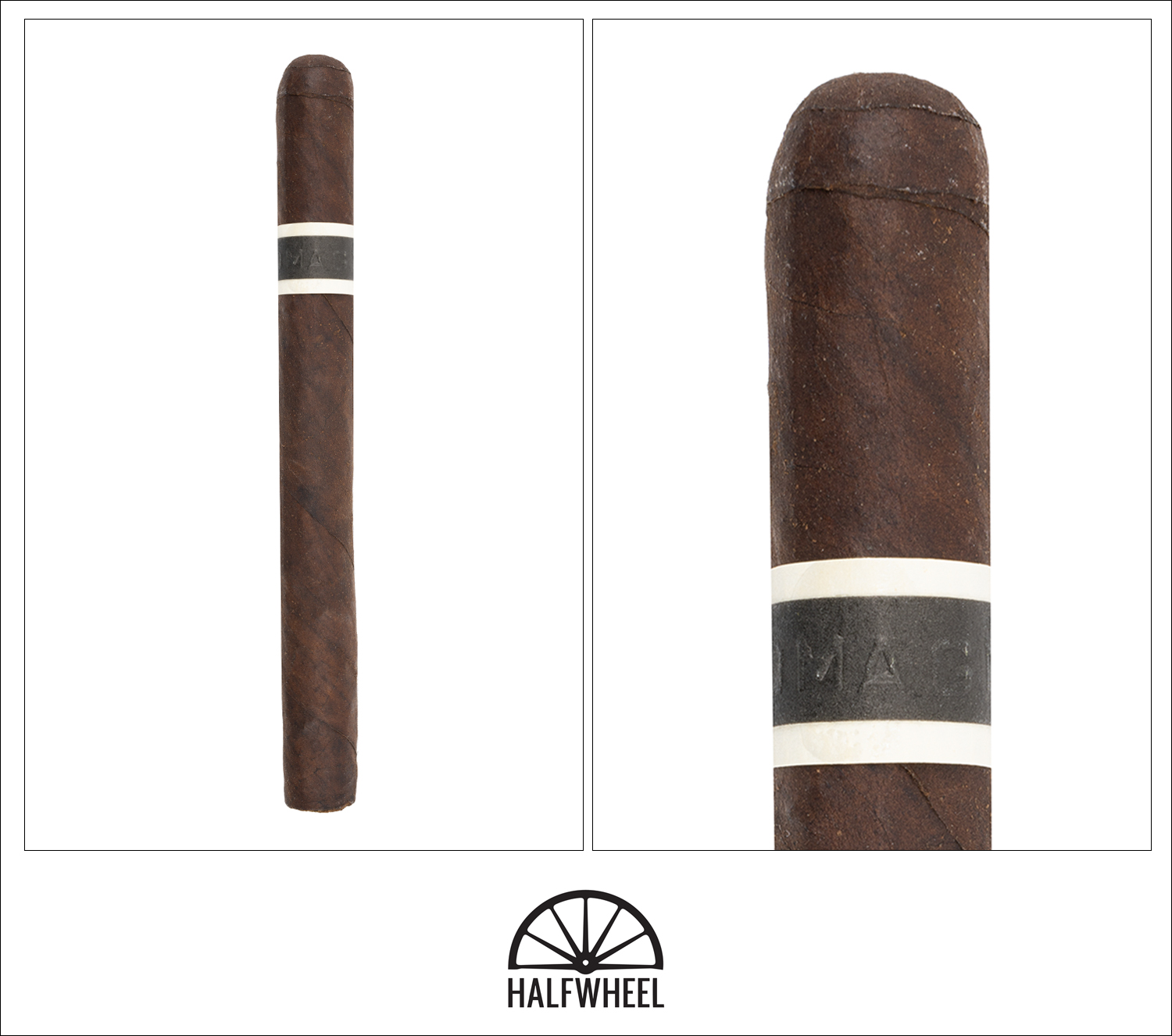 Some CroMagnons seem to break through the black and purple color scheme and show a lot of dark wine-colored reds, this particular sample is firmly in that camp. Despite being stored in cellophane, the aroma of the wrapper is far less pungent than most of my CroMagnon experiences over the years, only around medium. It smells like a bag of pistachios and almost has the Thousand Island dressing smell that reminds me of opening up the cardboard container of a Big Mac. The foot smells a bit stronger with a more defined Thousand Island dressing, along with leather, earthiness and white pepper. The cold draw is on the milder side of medium with floral flavors on top of nuttiness and some peanut butter.

Once the first bit of smoke hits my mouth I taste dry mustard, nuttiness, some dried out blueberries, a rich earthiness and light hints of pepper, around medium-plus. The nuttiness increases as the CroMagnon Breuil progresses. Behind it is some ketchup and a salty pretzel. As is often the case with good cigars, the retrohales are my favorite part: an Aperol sweetness before a finish of buttered bread. If I don’t retrohale, the finish has some saltiness, bread and black pepper. Flavor is medium-full, body is medium-full and strength is medium. Construction is great with tons of smoke pouring off the foot.

I get an interesting mixture of mustard and stone fruit in the second third of the CroMagnon. Retrohales rotate between a familiar Aperol flavor and other times just a blast of nuttiness. Flavor picks up a bit to full, body remains medium-full and strength is medium. Construction is great with plenty of smoke production for a small ring gauge cigar. The final third sees the flavor get a bit softer. It’s still full, but the way my palate interprets the chemical reactions is a bit more muted than before. Fortunately, the flavor is still quite full. There’s a ton of bread, blueberry muffins, some black tea and a touch of metallic harshness. Retrohales have a great peanut flavor and more of that harshness. It’s a bit weird because the harshness comes in for a few seconds and then disappears completely, including as an aftertaste. Some of that is probably helped by a saltiness that emerges in its wake and sort of washes away any traces of it. Construction remains great until the end, though if I’m being picky the draw is a bit loose.

I’ve smoked a lot of different cigars over the years and only a handful of cigar moments really stand out. One of them was one of the samples from the original Breuil review, truly one of the most sublime cigars I’ve tasted, even if it was only for a matter of minutes. The CroMagnon Breuil I smoked for this review never got to that point, though I’d argue maybe 10 cigars out of the thousands I’ve smoked over the years have. Just because it’s not sublime doesn’t mean it’s not very good. As with most stronger cigars, what this tastes like after six years is quite different from what RoMa Craft intends the blend to taste like when you grab it from a retailer’s shelf. But what’s present today is an incredibly nuanced and harmonious blend, one that I’d love to be able to walk into a store and buy. Unfortunately, aging cigars is far from a science and I’m skeptical that if you bought a CroMangon today and waited six years that you’d end up with the same cigar, but if you have one of these in a humidor, I’d highly recommend lighting it up today.