If you have ever wondered what Camacho’s Triple Maduro would taste like if part of the filler was aged in bourbon barrels that previously held a high ABV stout, later this month you’ll have your chance.

Cigar Dojo, a cigar blog and social app, has partnered with Camacho for the latest in its ever-growing series of releases. For this project, the two decided to expand on the recent barrel-aging approach to cigars, this time with beer. 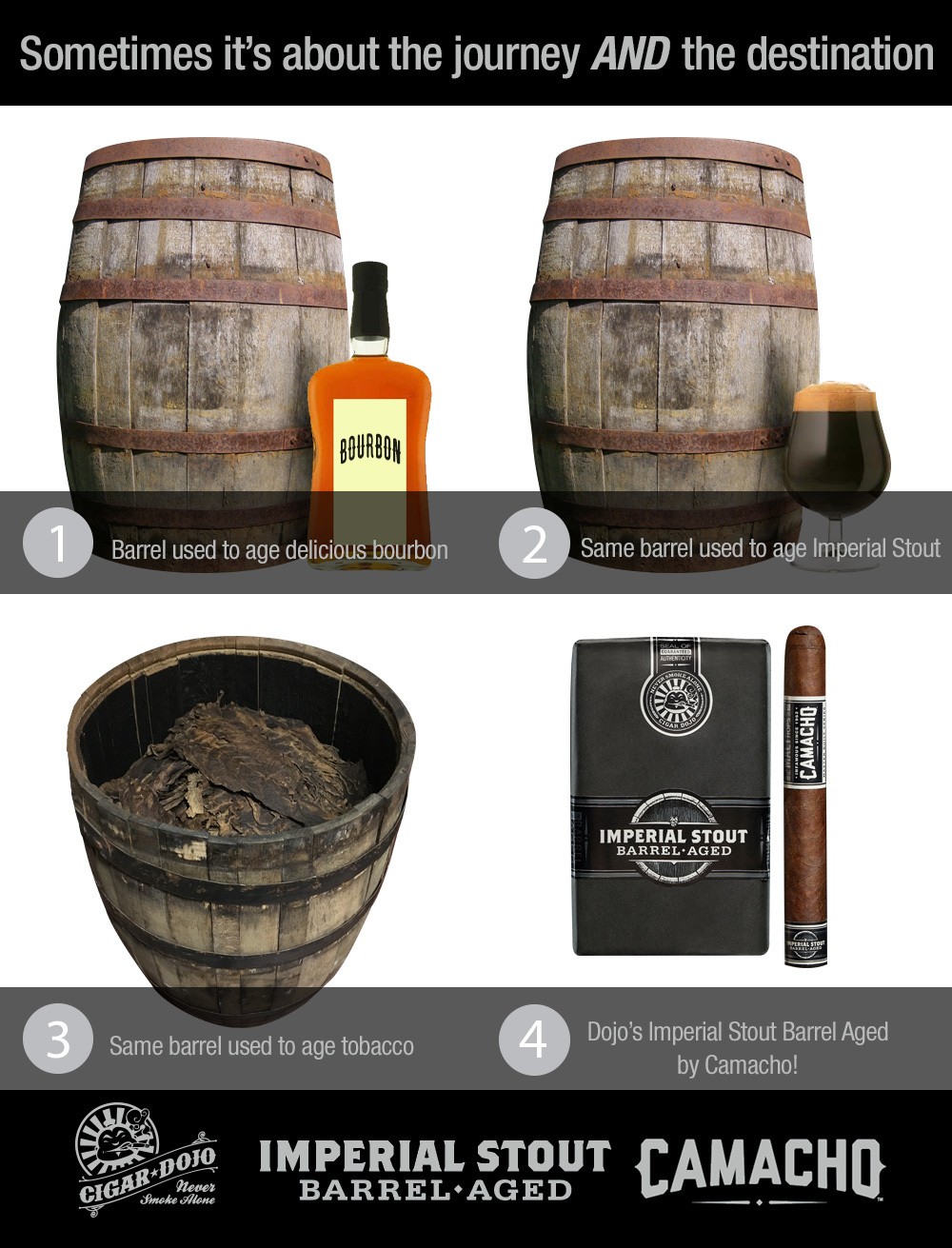 Four barrels, originally from Heaven Hill Distilleries of Bardstown, Ky. were acquired from Oskar Blues Brewery in Longmont, Colo. Those barrels were freshly dumped after being used for the first national release of Oskar Blues Barrel-Aged Ten Fidy, a 12.9 percent version of the brewery’s popular Ten Fidy stout that was aged in a variety of bourbon barrels.

From there, the barrels were shipped to Camacho’s factory in Honduras where they were used to store some of the company’s Honduran original corojo for a minimum of six months. That tobacco went into the filler of this cigar, along with Brazilian and Dominican maduro tobaccos A Mexican San Andrés wrapper was selected, placed over an original corojo maduro binder. “Without question the Cigar Dojo/Camacho Imperial Stout Barrel-Aged is the most complex project we have ever been involved with,” said Eric Guttormson, owner of Cigar Dojo, in a press release. “For our seventh special cigar release, we wanted to stretch the boundaries of what could be done with a small-batch, craft cigar. The flavor that the tobacco has developed from the barrel that was once used for bourbon and then Ten FIDY Imperial Stout is truly a work of art.”