While researching tobaccos and techniques for the newest addition to the CAO Classic Series, the brand’s blending team—headed by Agustin Garcia and Rick Rodriguez—came across a fermentation technique from 19th century Cuba that they become so intrigued with, they decided to not only use it but to name the line for it.

The CAO Pilón draws from the common name for large piles of tobacco undergoing fermentation, and while modern day pilónes can reach 20-feet long, 10 feet wide and four to six feet high, pilónes of yesteryear were much smaller, and in this case, round.

This differing style of processing has its plusses an minuses, of course: while the process takes longer because the smaller pile generates less heat, the longer time is said to result in a greater reduction of ammonia and sugar content to the leaf, both of which improves burning and combustibility, according to General Cigar Co., which owns the CAO brand.

In a statement issued during this year’s IPCPR Convention & Trade Show, where the cigar was released, Rodriguez said that the team had been experimenting with this style of fermentation for several years, adding that while this is the first CAO project to use it, it won’t be the last. 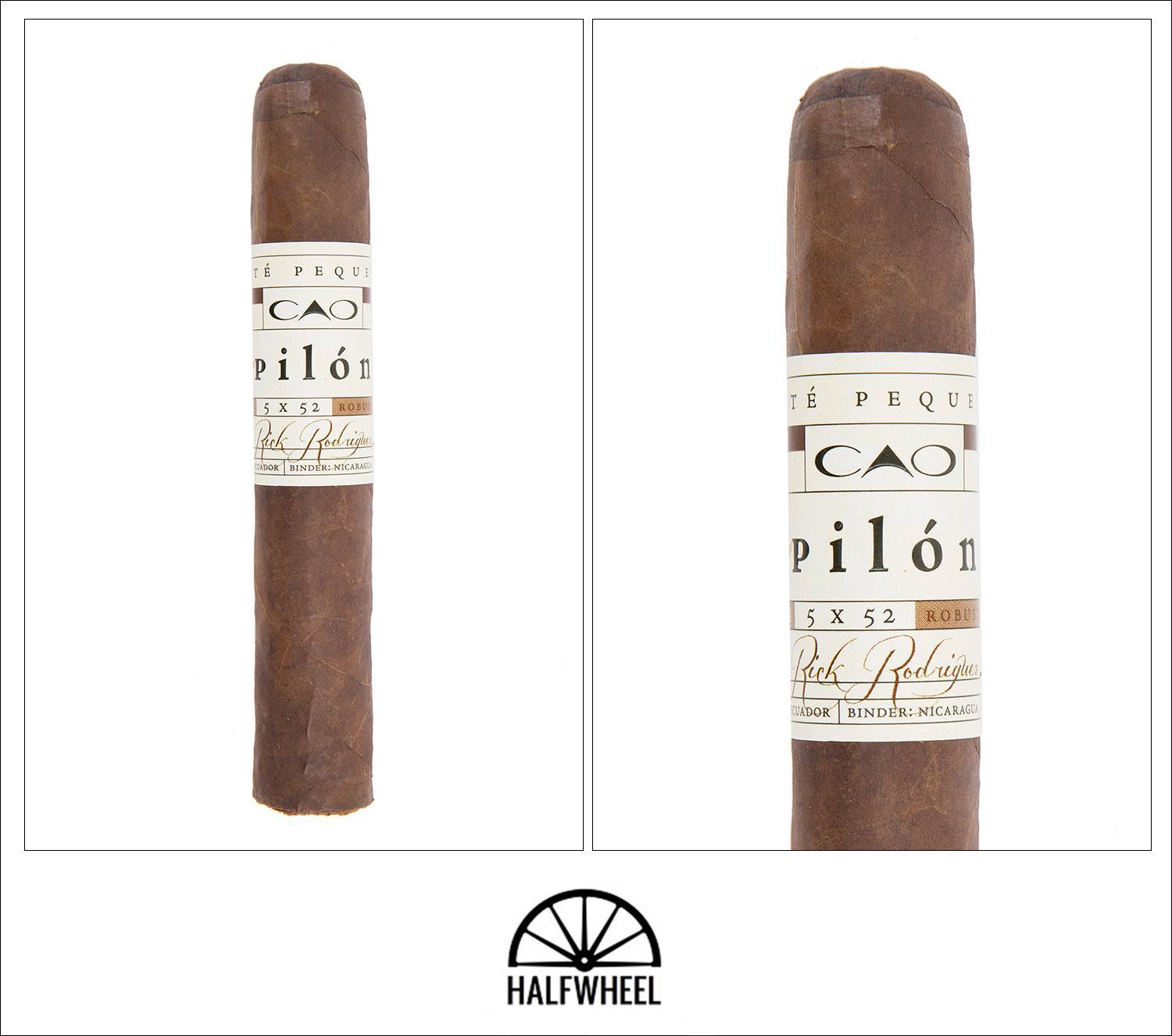 The CAO Pilón is a fairly standard looking cigar; a familiar medium brown shade—though with a good bit of sheen on most samples—in a familiar robusto vitola with no real distinguishing marks beyond the band. The band however, is distinguishing both for the information it conveys on the front and the illustration of the pilón on the back. The cigar has a dry texture that is amplified by a bit of grit from the toothless of the leaf; the veins are so small and flat that they don’t factor much into the tactile sensation. It’s on the hard size when squeezed, uniform and showing little give at any points. The foot of the first cigar has me thinking of chocolate chips at first whiff, while a bit of wood palettes and old wood boxes come along behind that. The third cigar is by far the most unique, leading with green grapes and pepper and showing no sign of the chocolate. The cold draw generally shows that same chocolate note with less behind it, other than some dry tobacco and just a faint echo of wood, with just a bit of sweet red pepper showing up in one sample.

Straight away I’m met by the CAO Pilón with a complex introductory flavor that has notes of dry, lighter earth, pepper, wood, a bit of milk chocolate or cocoa powder and a touch of pepper, all trying to find exactly how they fit together with the other flavors. The first retrohale, taken as much to gauge the strength as to hopefully make sense of what the palate is getting, is much more simple, offering a simple cocoa powder aroma that glides out of the nose as there is no pepper or spice present. As for the flavors, instead of settling themselves out, they seem to be unable to find a way to come together and start peeling themselves off, leaving a bit of sweet wood and a faint touch of pepper, an enjoyable note but one that has me wondering where all the other went. One place is to the nose, as my next retrohale comes just after the first clump of ash breaks off at just under an inch long and is suddenly peppery and punchy. The burn line stays sharp and even and the cigar puts off a somewhat pedestrian amount of smoke when puffed on, and very little if any while at rest. 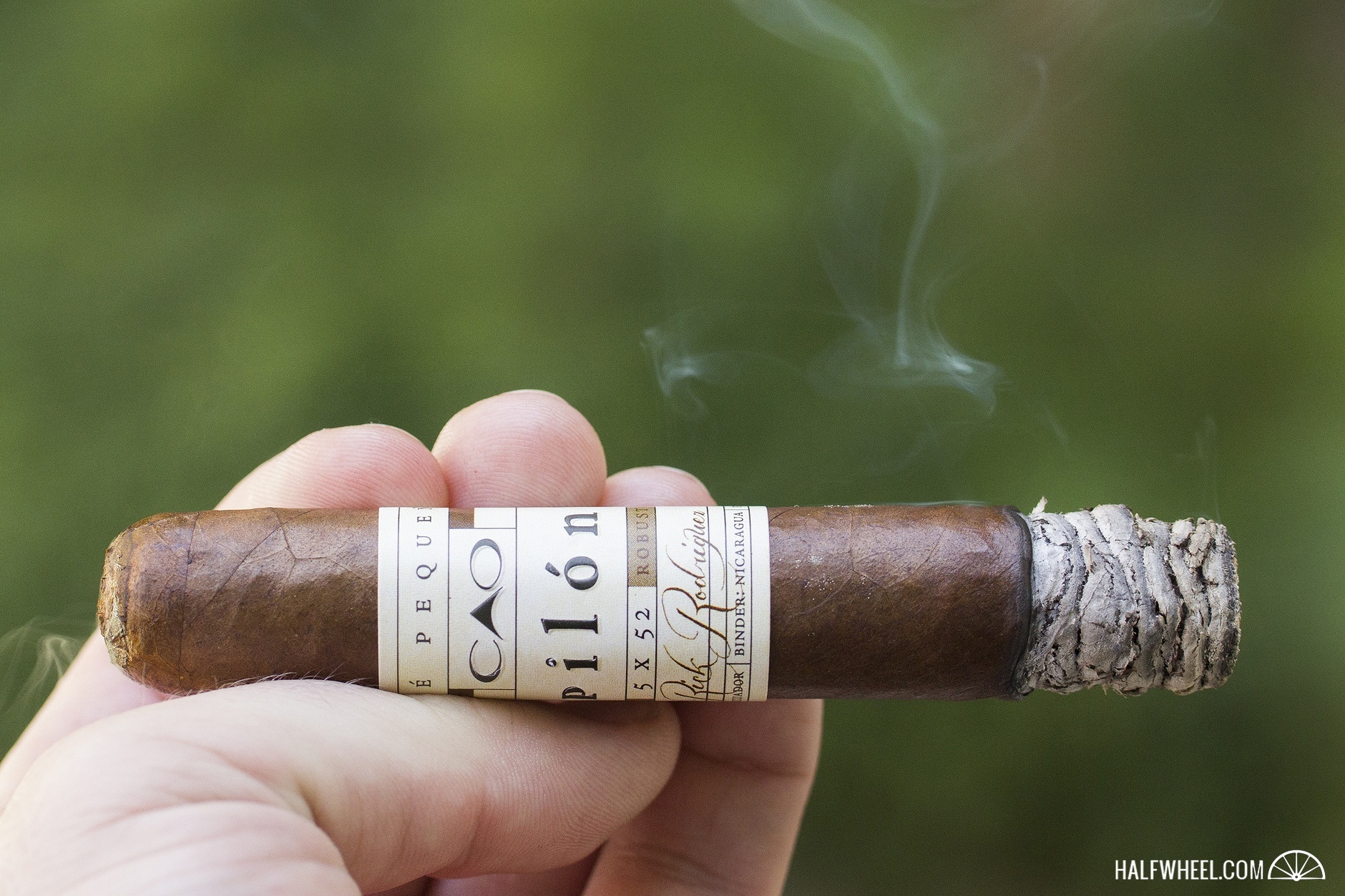 After making its debut via a retrohale, the pepper moves down to the palate to kick off the second third, bringing to life a part of the cigar that was lacking in engagement for several previous puffs. There’s a touch of sweetness still lingering around, while the pepper does more than just linger in the back of my throat; it pulls up a chair and decides to hang around for a while. The strength of the flavor steps up in the approach to the midpoint, and by the median the pepper now wafts up into the nose on its own. The sweetness has pulled a French exit, departing the flavor party without a proper goodbye and clearing way for the Ecuadorian habano wrapper to take center stage, a flavor profile immediately recognizable; medium-plus in strength and flavor intensity marked by a hybrid earth and wood flavor pairing. The burn continues to be straight and even, with the smoke thickening and the production increasing a bit in the second half. 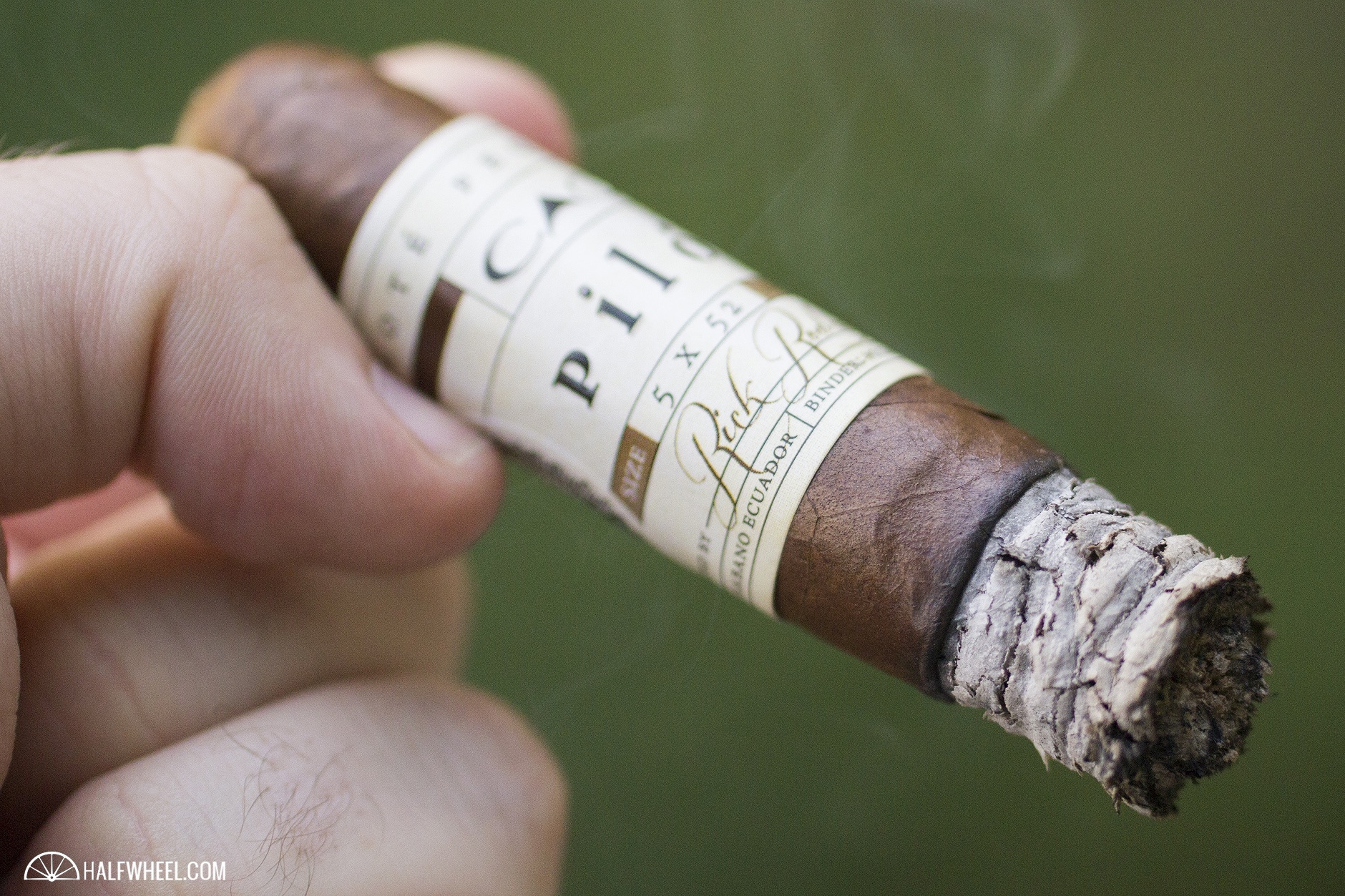 It’s only a matter of five puffs or so before the final third stakes its claim as the boldest portion of the CAO Pilón, an assertion not too hard to make given the relative tameness of the first third and gradual building of the second. Pepper continues to play the dominant role and adds another level of complexity to the earth component, the combination pushing the previously equal wood note well into the background. While the smoke doesn’t get hot, it does get just a touch charred, and while the flavor and strength don’t fall out of balance, they struggle to maintain the level which they peaked at earlier in the cigar. The final inch and change struggle to stay lit, and at the risk of burning my fingers and charring the cigar, I call it a wrap with just a bit of lingering pepper on my lips and tongue. 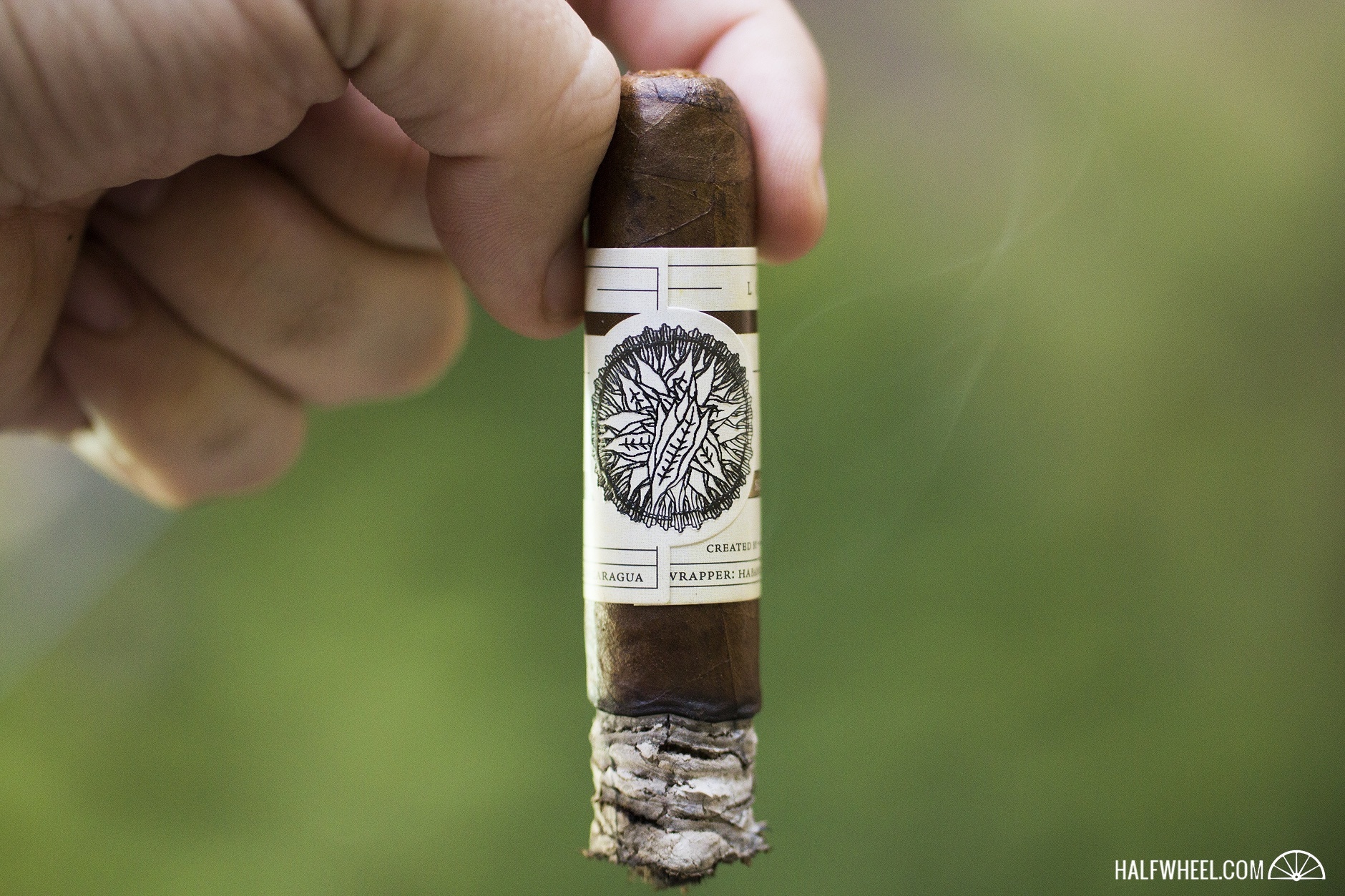 When consistency from sample to sample is the first thing that comes to mind, I find myself struggling to find the right words to sum up a cigar, and that's exactly the case with the CAO Pilón. The first cigar was so mild that I barely had any notes written down about it, while the second and third were much more alive and forthcoming with flavors and aromas. I could see each being appealing to different types of smokers, and there was nothing inherently wrong with any of the samples that would warrant steering clear of them. Hopefully if you try this, you find the one that matches up with your palate.