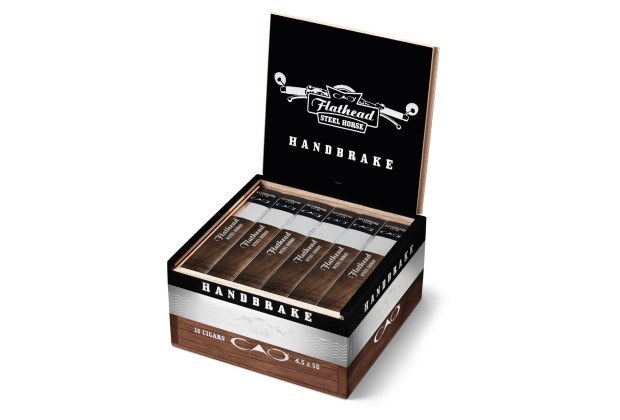 This month, two new vitolas will be added to the CAO Flathead Steel Horse line.

Both cigars will come in boxes of 18. The line uses a Connecticut habano grueso wrapper, Brazilian arapiraca binder and fillers from the Dominican Republic, Honduras and Nicaragua. It is produced at STG Estelí in Nicaragua.

The CAO Flathead Steel Horse was introduced last year at the 2015 IPCPR Convention & Trade Show. It’s an extension of CAO’s Flathead line which had a hot rod theme. The Flathead has a motorcycle theme.