One of the mainstays of Camacho’s portfolio is the yearly Liberty Series. For 15 years the company has released the patriotic-themed cigar, usually in its signature 11/18 perfecto size and nestled inside a coffin.

This year Camacho is celebrating 15 years of the Liberty release, and instead of following tradition, a few significant changes have been made to the cigar. While the Liberty 2017 still comes in a coffin, the most noticeable change is the size, which is a 6 x 54 toro extra. The change that’s not immediately visible is the blend, which Camacho says features more Nicaraguan tobacco than any previous Liberty release. The company also saw a significant increase in production, with 2,500 boxes being released for the American market and an additional 1,000 being released for the European market. 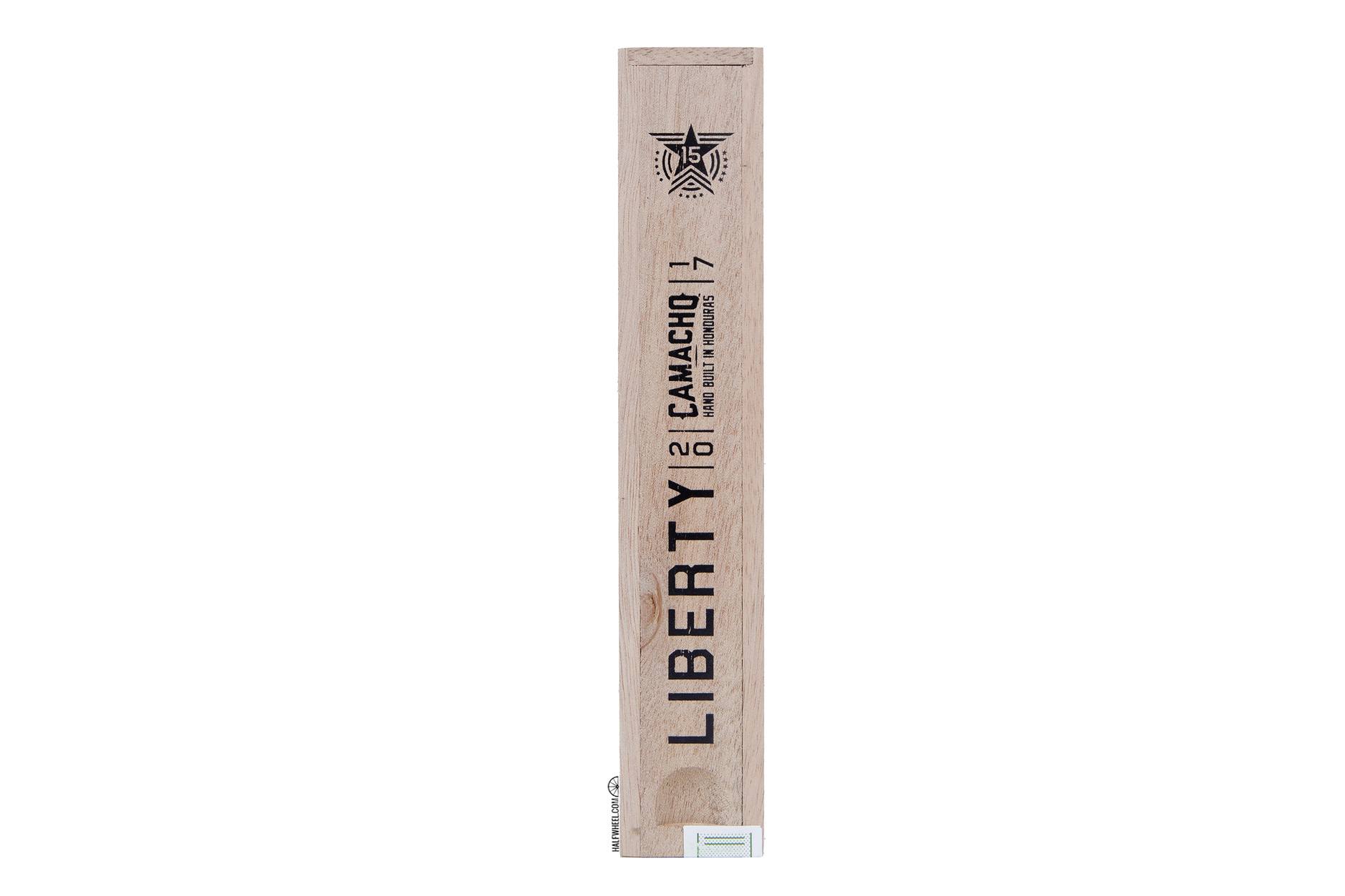 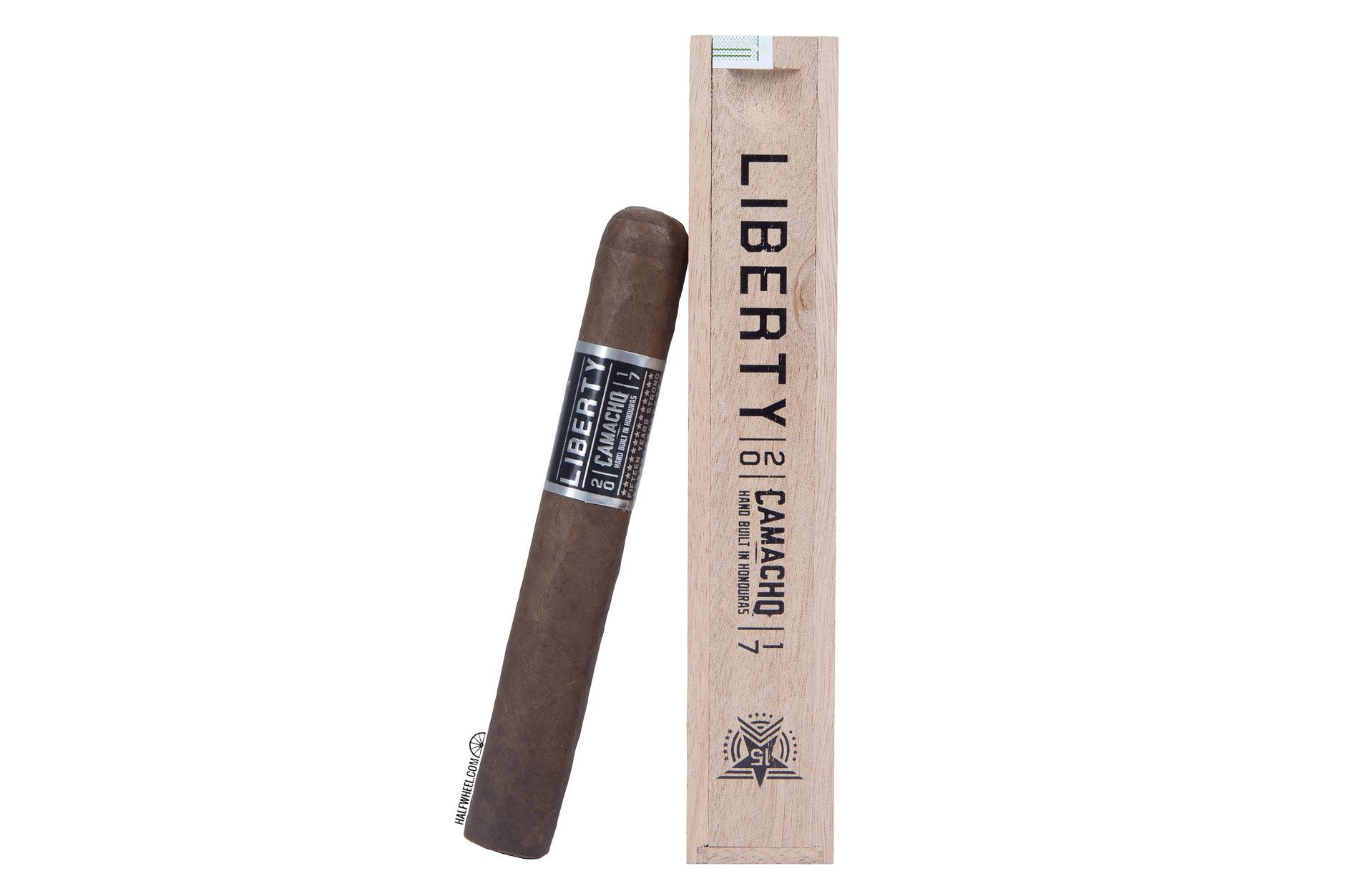 To date, there have been 17 different releases of the Camacho Liberty series totaling 22 vitolas in 15 years. 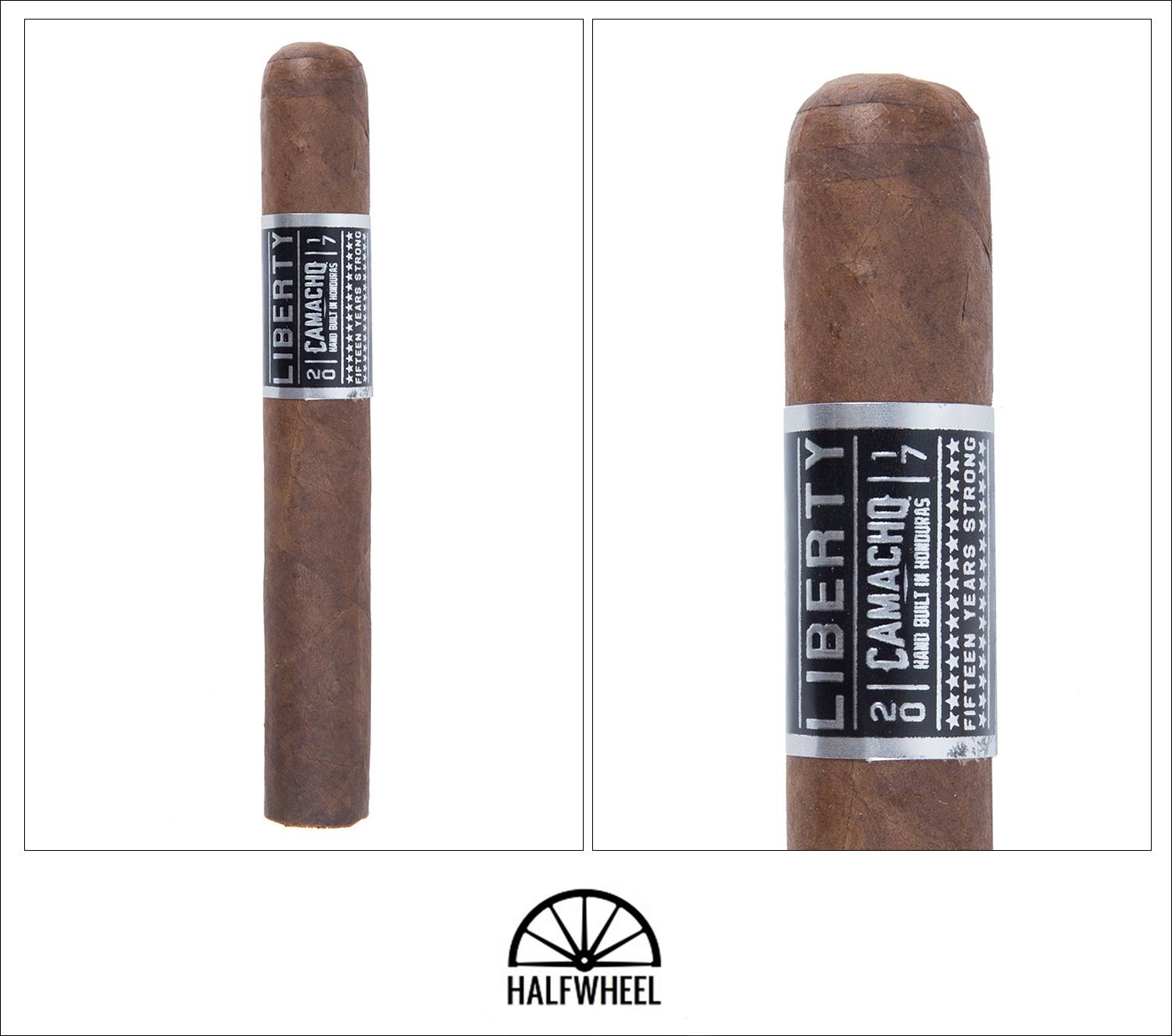 As usual the Liberty’s presentation is nice, with a coffin featuring the logo and year on it, and when opened up has a commemorative lapel pin inside with the cigar wrapped in white tissue paper. After unwrapping the cigar a soft, delicate and oily wrapper is revealed, and when squeezed has a nice universal give along the entire length. Off the wrapper comes the aroma of grains, earth, leather and a slight mustiness. The cold draw is very light, with only hints of earth, a little sweetness and some light cocoa.

Starting into the first third the profile matches the cold draw, with fairly mild notes of black pepper, spice, fresh cut wood and some earth. Quickly enough it seems to grow, but the first few puffs were almost anemic in flavor. While the burn started off even, it becomes jagged quickly, and despite the dense looking, nicely lined ash, it proved to not be so dense when it fell off in my lap right around the three quarters of an inch mark. After the ash dropped I touch up the peaks that were lagging behind the rest of the burn and it seems to want to start cooperating more now. The black pepper from earlier has started to fade, while the fresh cut wood note has shifted to more of a cedar one. Also, a light roast coffee bean and hazelnut duo has joined the group of flavors. 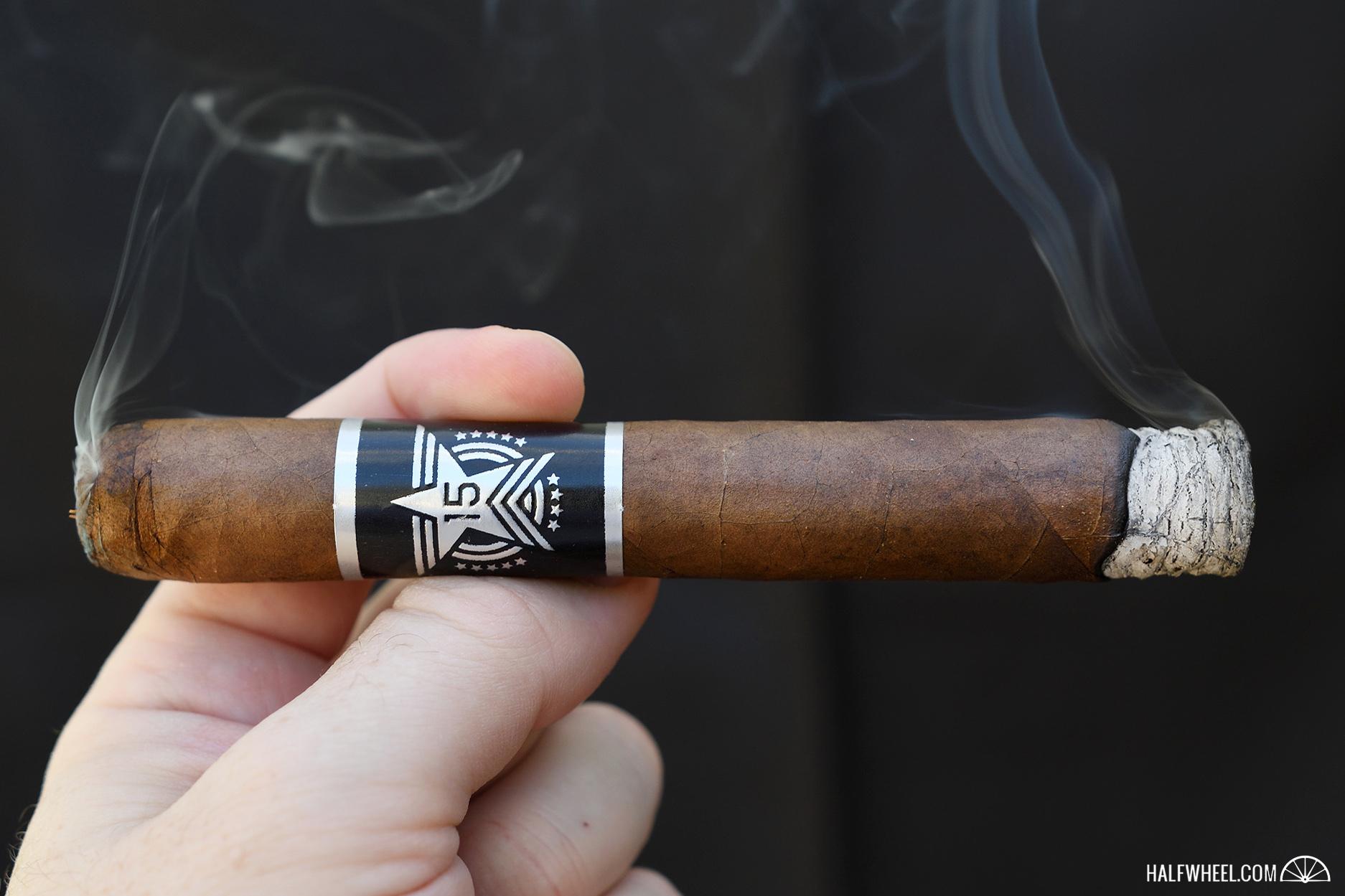 Moving into the second third, the pepper is now relegated to the background with the coffee and the hazelnut, while the spice, cedar and earth take the lead to create an enjoyably rich profile. Unfortunately the burn’s cooperation only seemed to last about an inch or so, and has started to become wavy and uneven again. The ash has seemed to firm up a bit however, which is nice to see, but occasional wispy pieces still want to separate from the rest and fall off on their own. Towards the end of this third an intriguing chocolate and light mint note appears, which interestingly enough works with the rest of the profile. 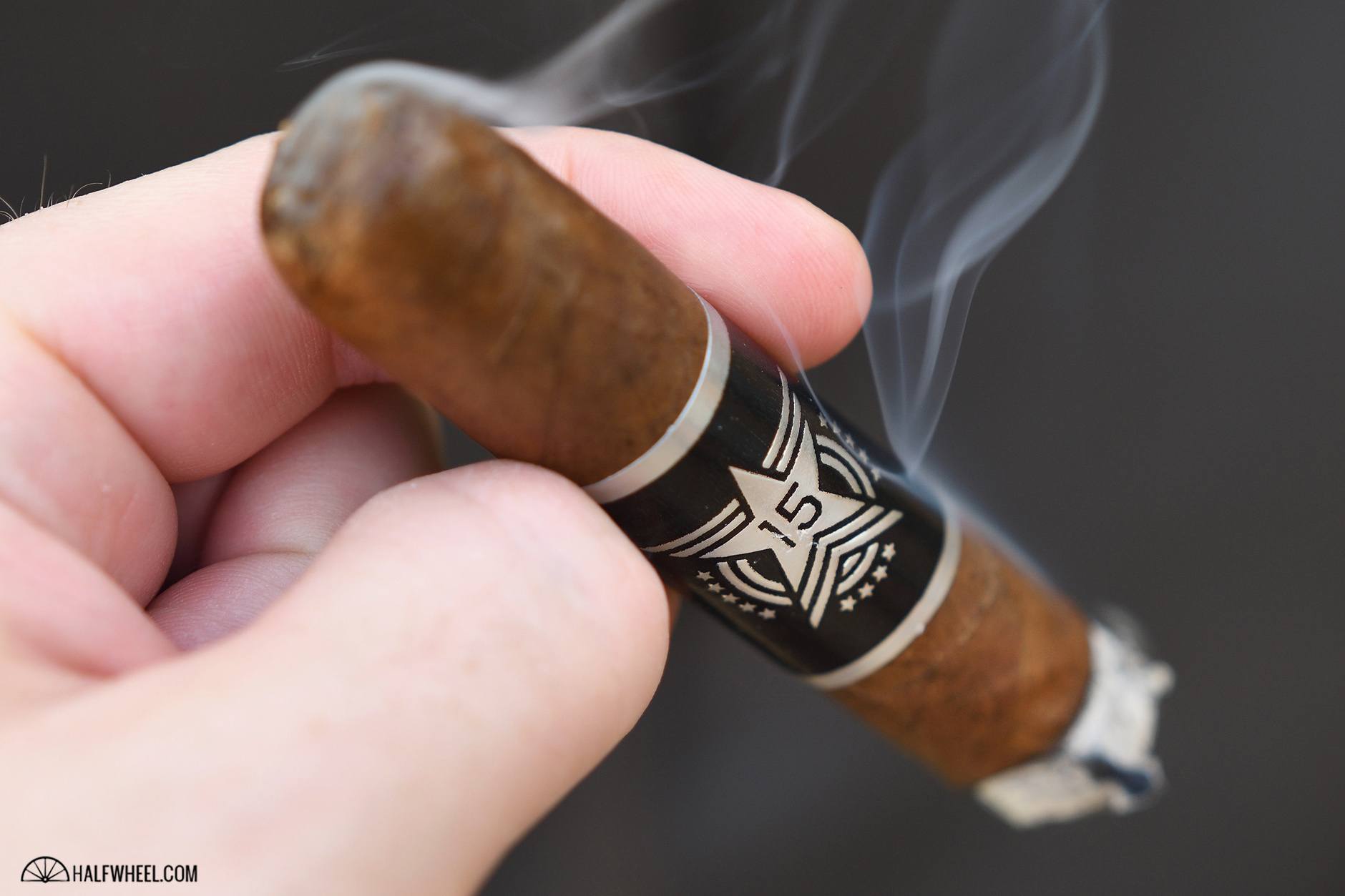 As I shift into the final third of the Camacho, the mint fades, leaving the spice, cedar and earth up front, along with coffee, hazelnut, chocolate and only the tiniest bit of pepper in the background. The burn continues to confound me, though instead of being jagged it seems to be more of a single section of the cigar that needs help to keep up. As I get to the end, the 2017 Liberty continues to produce enjoyable notes, never getting hot or harsh and finishing up pleasantly enough. 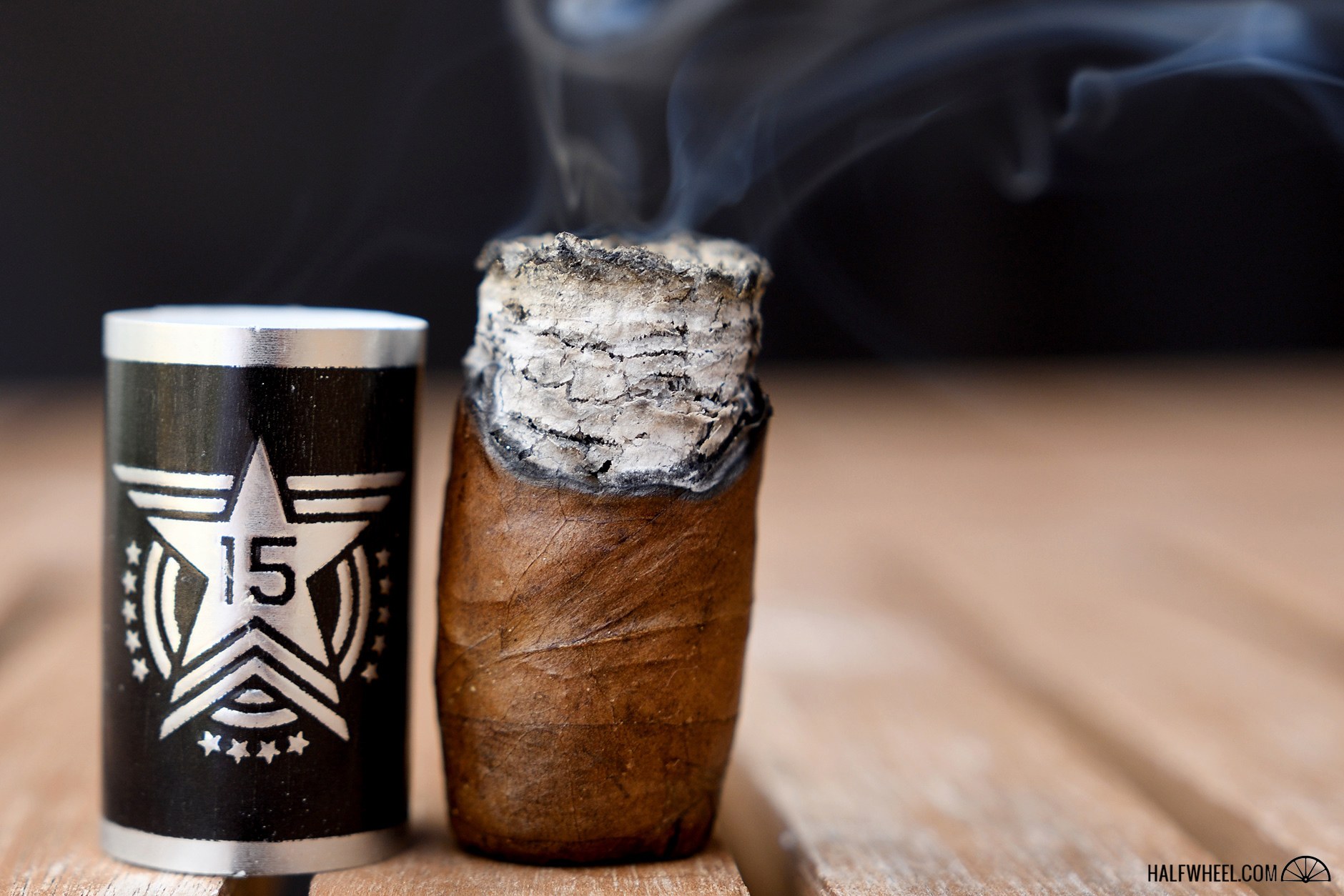 Camacho’s Liberty line has been hit or miss with me, but the Liberty 2017 is certainly one that is closer to the hit side of things than not. With a profile that produced not only some uniquely distinct notes, but ones that went well together made it an enjoyable experience from that aspect of things. The construction did leave a bit to be desired, especially with one sample having a much too open draw, but despite the annoyances it didn’t seem to affect the profile much, if at all. While $20 is a steep price for any cigar, fans of the Liberty series will definitely benefit from grabbing some of these to try for themselves.