There have been many cigars released to commemorate specific holidays over the years, but Camacho’s Liberty Series might very well be one of the most famous.

The Liberty Series debuted in 2002 commemorating Independence Day with only 25,000 cigars split evenly between five different vitolas: Churchill, corona, Rothschild, toro and torpedo. That ended up being the only time the series got releases in five sizes as most year’s have featured a single size, Camacho’s iconic 11/18 figurado shape.

In June Camacho announced the newest version of the Liberty would be a “Throwback” to the 2005 release, which was composed of a Honduran maduro wrapper covering a corojo binder from Honduras and Honduran corojo filler tobaccos. Also like that version, the Liberty 2005 Throwback is rolled in the same 11/18 vitola, although there are 10,000 fewer cigars being released compared to 2005.

“The building of each Liberty cigar begins over a year before the tobacco makes its way to the rolling table, the cigars are then constructed and left to rest for a minimum of six months, scheduled to emerge just in time to celebrate the 4th of July holiday,” said Scott Kolesaire, director of marketing at Davidoff of Geneva USA, in a press release. “This year’s release, a throwback of the Liberty 2005 blend, lets us proudly celebrate America’s independence with a cigar perfectly crafted for such an honor.” 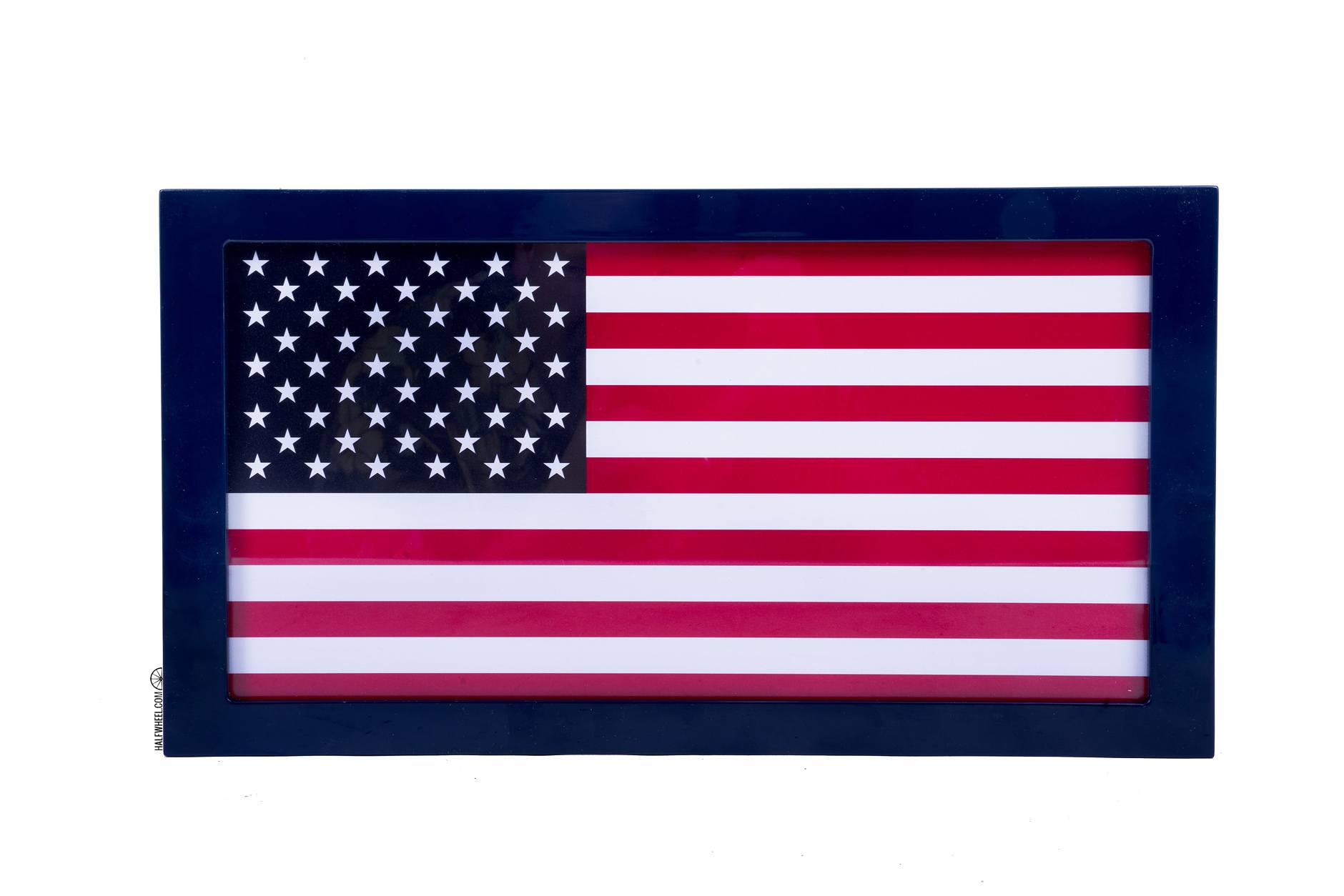 This year’s Liberty 2005 Throwback is packaged in 20-count boxes that feature an American flag on the lid with each cigar inside housed in individual coffins that alternate between the colors red and white. Each cigar has an MSRP of $22 and there are only 30,000 total cigars being released to the U.S. market, less than half of the number that was shipped to retailers last year. 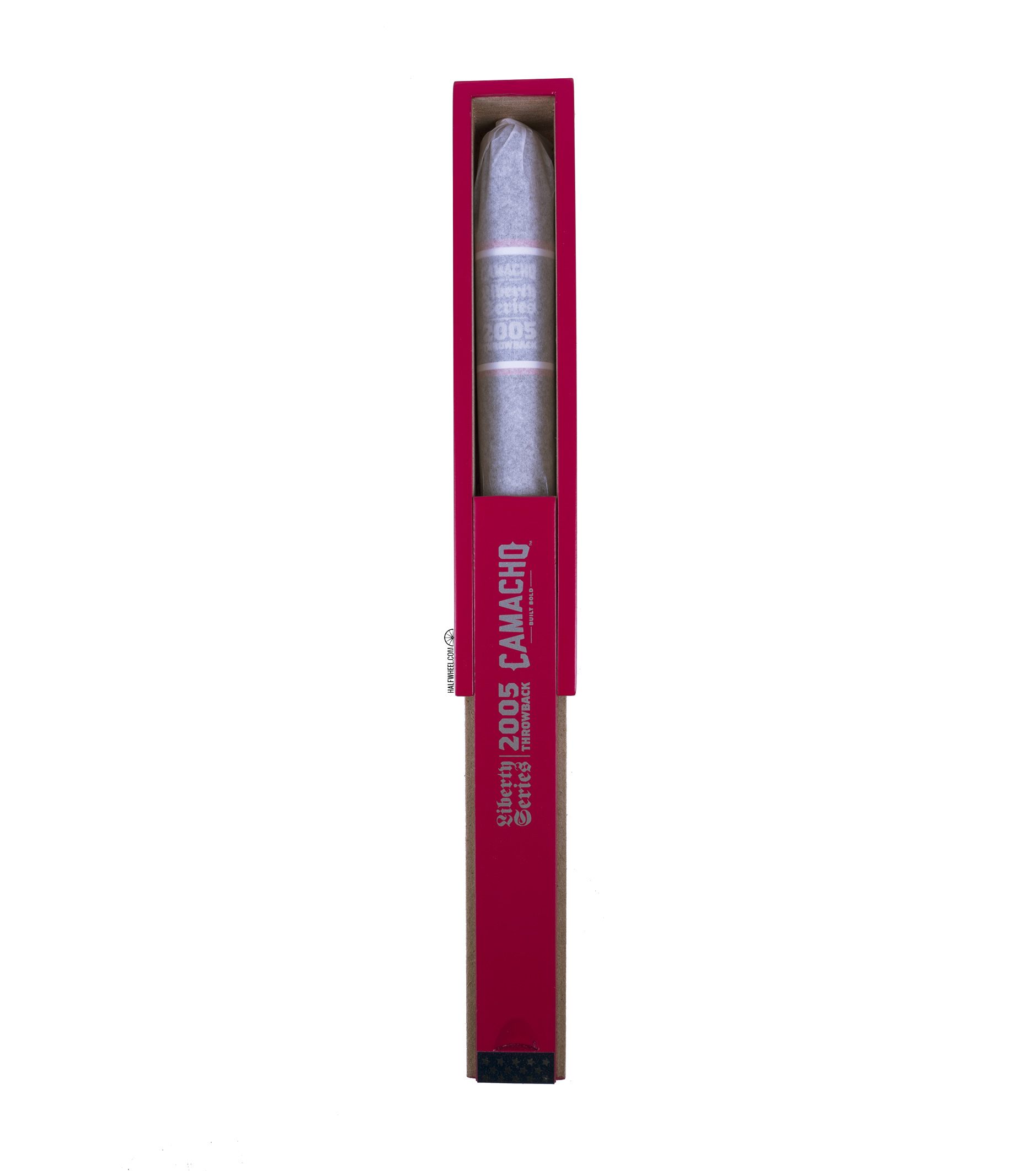 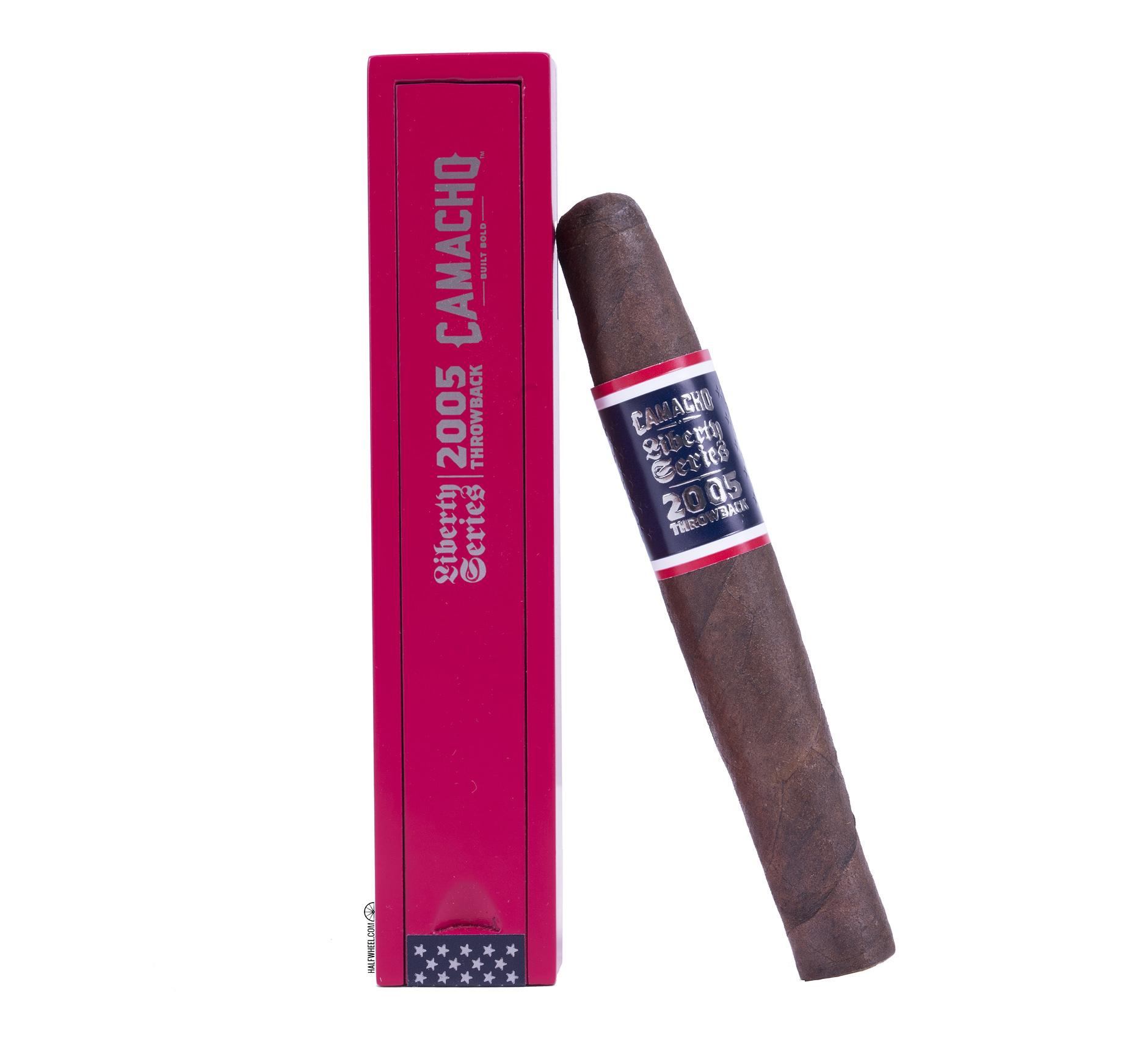 To date, there have been 18 different releases of the Camacho Liberty series spanning 16 years. 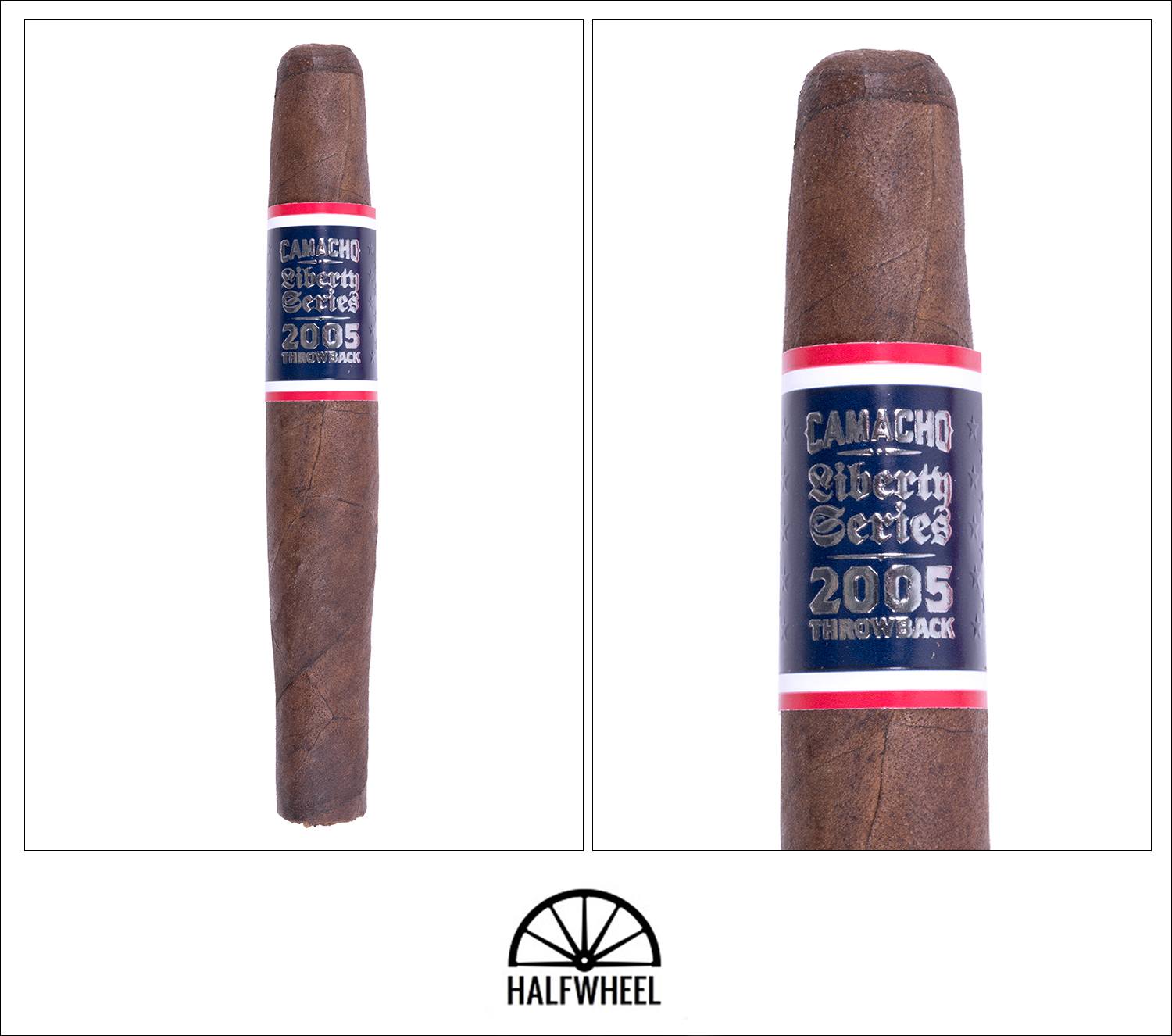 Opening up the coffin—in this case, one of the red ones—and removing the paper wrapping reveals a very dark and very oily wrapper that is almost slick to the touch. In fact, there is so much oil that I can almost see it on my finger after I run it down the wrapper of the cigar. Although the cigar is very spongy when squeezed, it has enough heft to it that I don’t think it will be a major concern in terms of construction. The aroma from the wrapper is a combination of sweet earth, dark chocolate, tree bark, dark fruit sweetness, barnyard, slight paint and black pepper, while the cold draw brings flavors of strong pine wood, leather, hay, cocoa nibs, almonds and the same distinct paint note.

Starting out, the Camacho Liberty 2005 Throwback starts off the first third with a dominant roasted coffee bean flavor, along with other notes of cream, almonds, toast, earth, leather, cedar and slight hay. There is a slight pomegranate sweetness on the finish, which combines nicely with a bit of black pepper that is present on the retrohale as well as some significant spice on my tongue. While burn needs to be touched up almost as soon as it starts, the draw is excellent so far and the amount of smoke production coming from the foot is about average. The overall strength is fairly light so far, barely hitting a point halfway between mild and medium by the end of the first third. 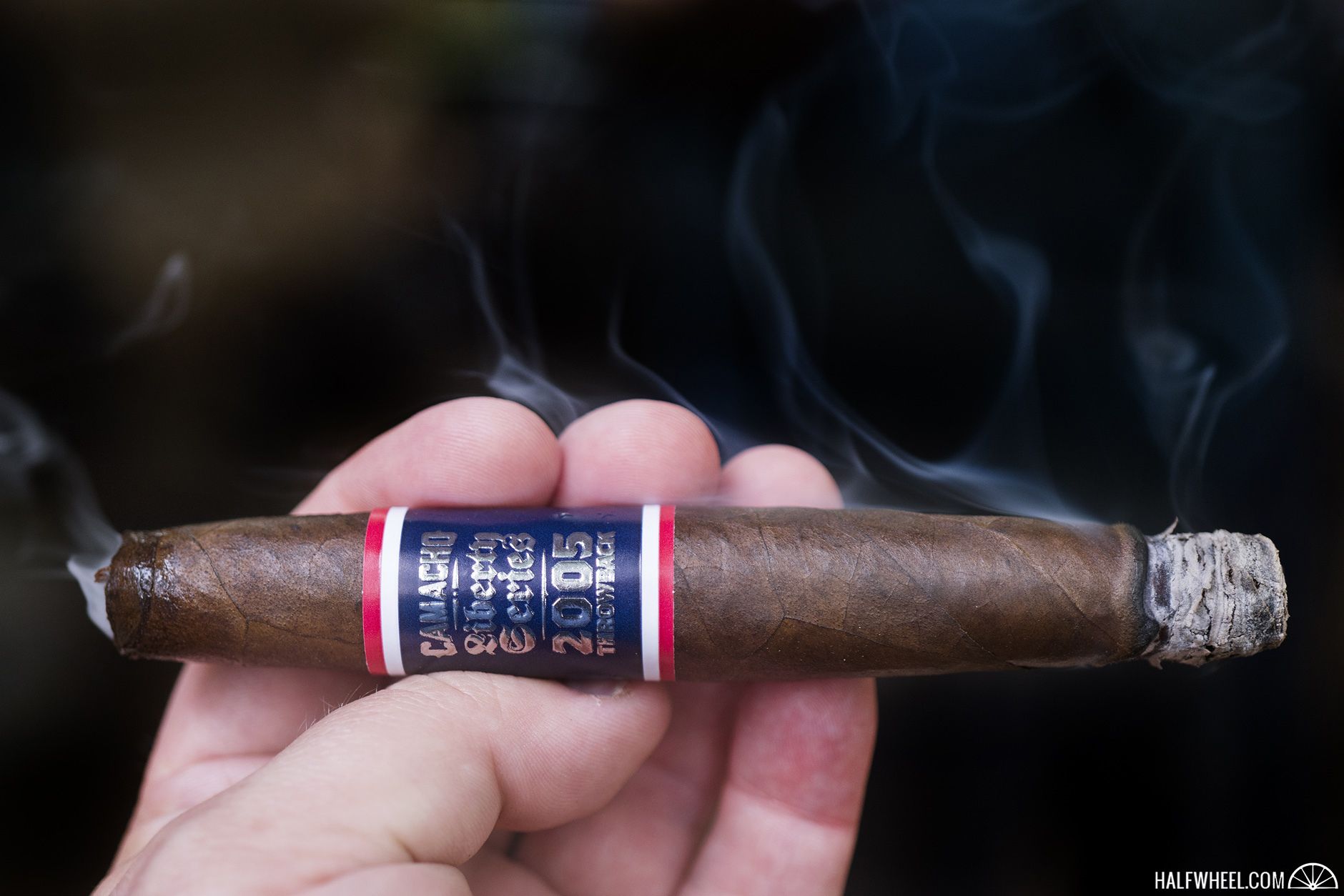 Coming into the second third of the Camacho Liberty 2005 Throwback the main flavor morphs into more of a creamy almond note, although the roasted coffee flavor is not far behind. Bringing up the rear are additional notes of creamy cedar, hay, dark chocolate, pencil lead and barnyard. The pomegranate sweetness from the first third is still noticeable on the finish—although it has not increased in strength near as much as I was hoping it would—and while the spice on my tongue is long gone, there is still some nice black pepper on the retrohale. Thankfully, the burn has evened up nicely and the draw continues to be excellent while the smoke production remains about the same. Strength-wise, the Liberty 2005 Throwback easily hits the medium mark by the end of the second third, but seems to stall out there for the time being. 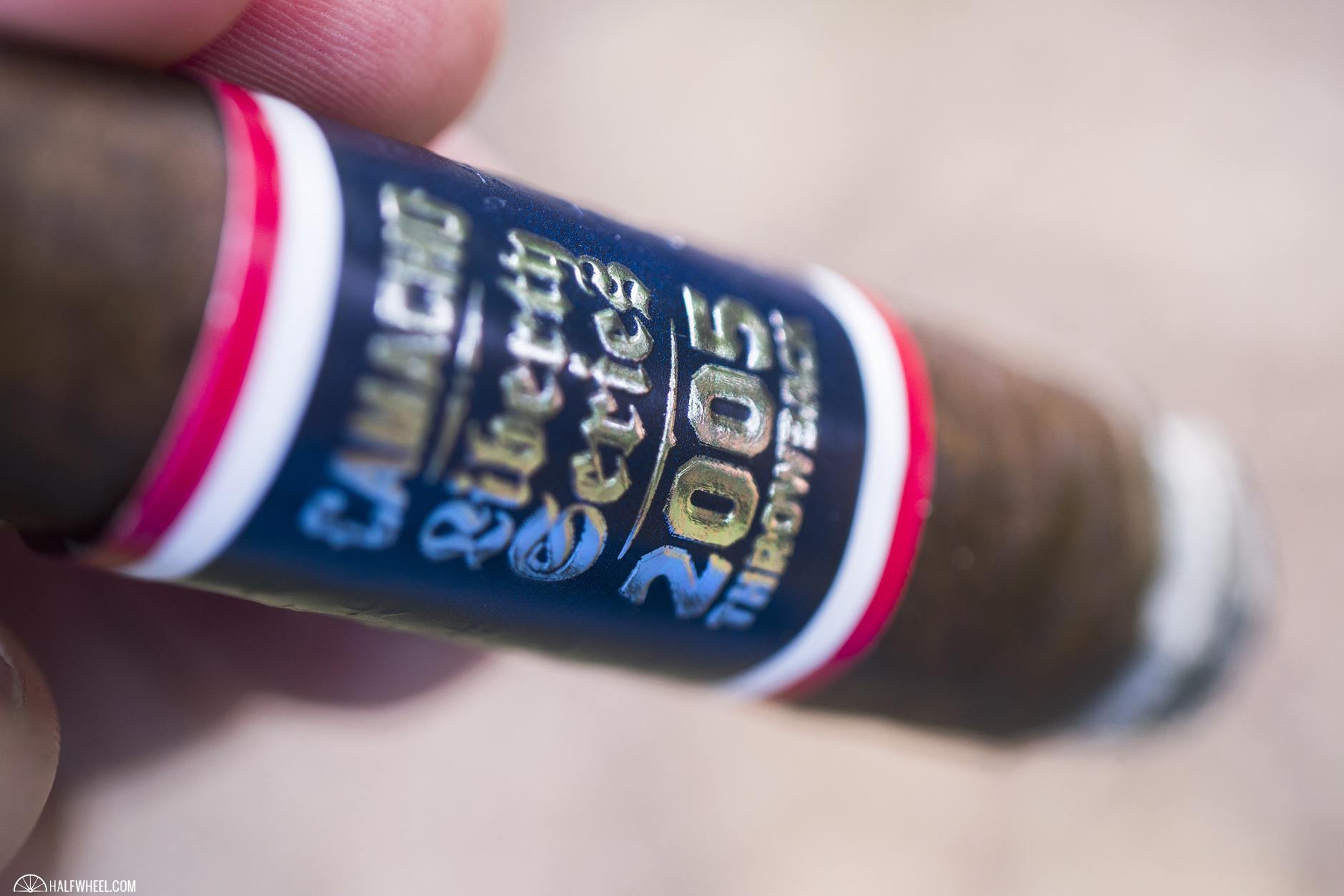 Sadly, the pomegranate sweetness that really helped to increase the profile’s complexity in the first two thirds dies down noticeably during the final third of the Camacho Liberty 2005 Throwback, becoming little more than a background note. The creamy almond flavor remains the dominant flavor in the profile, but the roasted coffee beans note has disappeared completely. There are other flavors in various strengths flitting in and out—including hay, licorice, bread and a touch of floral—but the profile has become a bit muted, although there is still plenty of black pepper on the retrohale. The burn continues to impress until the end of the cigar, while the draw and the smoke production give me no issues whatsoever. Finally, the overall strength does manage to increase slightly, but still failed to make it out of the medium range by the time I put the nub down with about an inch left. 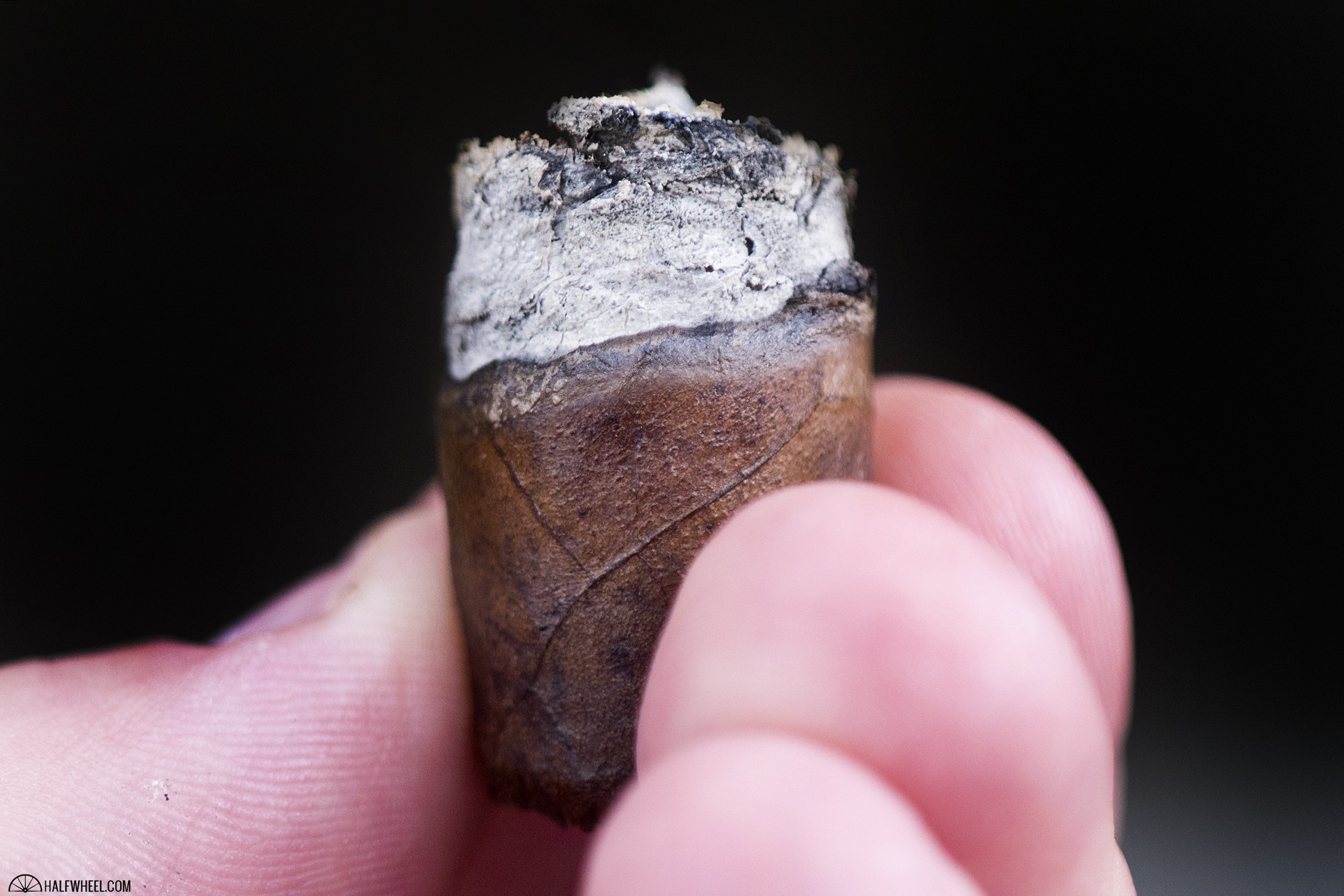 I am always a bit wary when companies announce they are “bringing back” blends, and while it has been a while since I smoked the original 2005 version—eight years, to be exact—I remember enough to know that the flavors in the profiles of the two versions are quite different. In fact, although the flavors that are present in the first two-thirds of the newest blend are enjoyably distinct and nuanced, the final third is noticeably less complex, leading to a somewhat unsatisfying finish. In addition, the entire cigar would benefit greatly by having a bit more sweetness in the profile to not only bump up complexity but also to balance out the pepper and spice that is present, especially in the first third. In the end, while the Camacho Liberty 2005 Throwback is certainly not the best release in the series that I have smoked, it is easily enjoyable enough to recommend.