While visiting the new Camacho factory earlier this year, I was handed an unbanded cigar that was described as the new Coyolar. I had heard that Coyolar was set to return in 2018 and a few weeks later, the return materialized.

Coyolar was introduced in 2005, before Oettinger Davidoff AG had acquired Camacho. It was a Honduran puro, though notably the tobacco used came from farms different than the ones that produced most of the tobacco used for Camacho. The line was discontinued in 2013 as part of Camacho’s rebranding, but as has been the case for the last 18 months, what’s old is new again.

The company says it harvested all the tobacco from a 15-acre plot “where Coyolar was first born.” Also of note, the tobacco used is criollo, as opposed to Camacho’s typical corojo.

Coyolar returned in the same five original sizes, though with updated packaging to fit in with the modern Camacho. While the aroma off the Honduran wrapper is medium-plus, I struggle to pick up individual flavors. There’s some barnyard, a cherry sweetness and then a lot of unidentified things. Aroma off the foot is sweeter with a crème brûlée-like caramel and some of the barnyard, slightly stronger than the wrapper, but not quite to the next level. The cold draw is different with some big pasta notes, a muted, artificial chocolate and some cherries. In some ways, it reminds me of an infected milk stout. Of note, across all three pre-light tests, there’s zero pepper.

That changes almost immediately once the cigar is lit. There’s black pepper, cocoa, some pasta and earthiness. Then there’s some more pepper. The Coyolar’s finish is big in flavor and long in its presence with a lot of earthiness and black pepper. A handful of puffs in and the body picks up to full with the smoke turning thick and chewy. Flavor-wise, there’s a lot of raisin and bitter chocolate. Through the nose, the Camacho has Worcestershire sauce, apple cider and some sourdough. Flavor is full, body is full and strength is medium-full. Construction is great, though I do find myself checking on the burn a lot more than normal and at times it seems like it needs a faster puff, though I avoid a formal touch-up across all three cigars. The second third of the Camacho Coyolar sees the profile turn a bit sweeter, though still grainy and earthy. There’s oatmeal, a toastiness and dark chocolate in the mouth, while the retrohale has graham cracker, earthiness and some wheat pasta. The black pepper is no longer part of the finish, but it was so heavy and prominent through the first third that there’s still remnants of it all throughout the palate. After the halfway mark, a burning leaves flavor and some Cranapple cocktail sweetness add themselves, along with the black pepper. Flavor is full, body is still full—albeit slightly reduced—and strength is full. All three samples need a touch-up, but otherwise construction is fine. 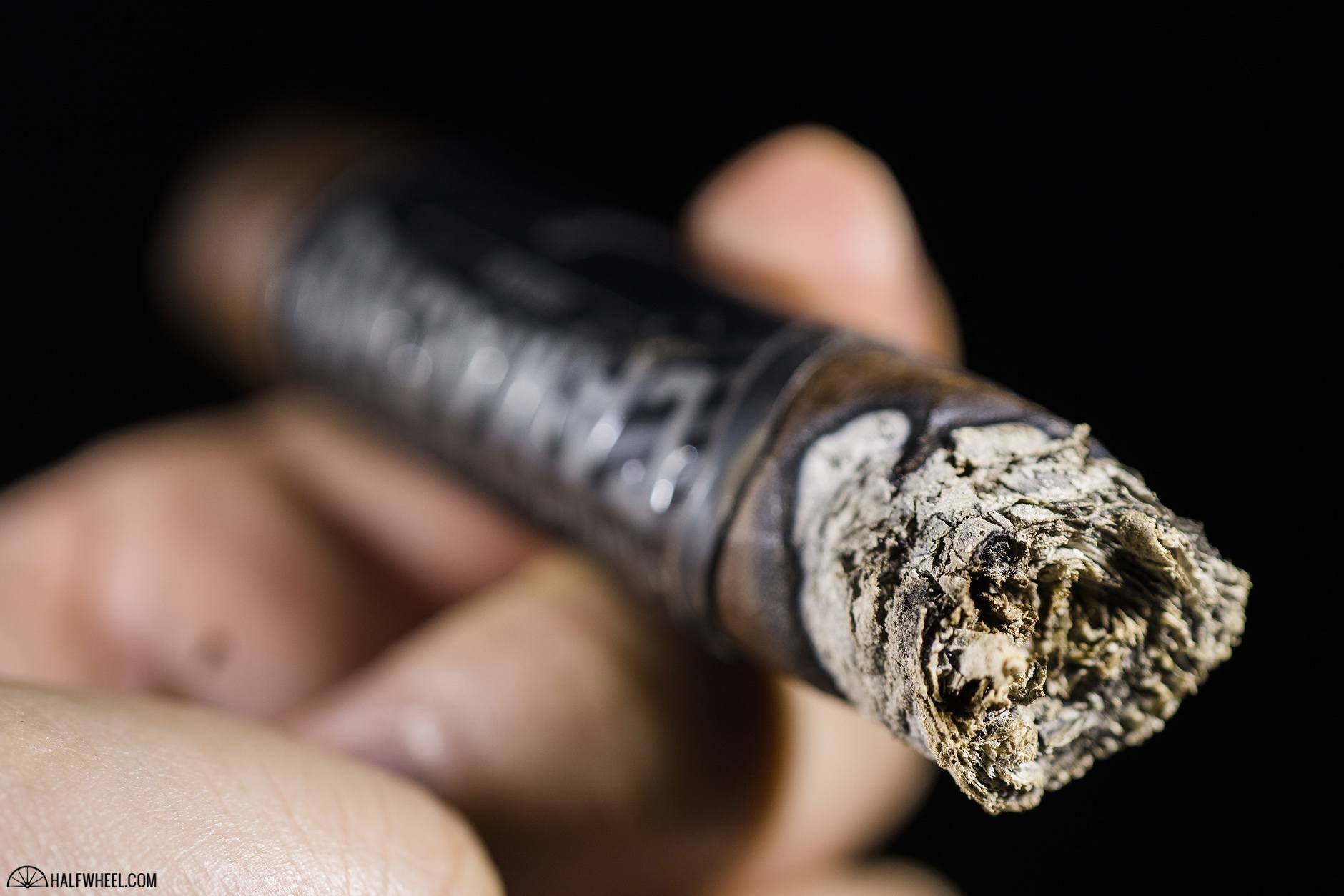 Upfront, it’s very much earthiness and toastiness, though right behind there’s a pear-style sweetness that is fighting to breakthrough. The pepper has returned, near the level as to where the cigar started, and that’s making it tough to identify much of anything, particularly on the finish. At times I pick up some artificial blueberry and a burnt bread, but neither are consistent. Flavor is full, body is full and strength is full. Unfortunately, one consequence of that seems to be the cigars struggling to stay lit and as such, I find myself using the lighter more than once in the final third of each cigar. If you felt like Camacho’s BOLD advertising campaign wasn’t living up to the name: here you go. The Camacho Coyolar is powerful, perhaps the strongest cigar amongst the hundreds currently offered for sale by Davidoff of Geneva USA. All that potency delivers tons of flavors, though the balance is obviously struggling. The good news is, there seems to be the classic indications of a cigar that will benefit for some rest and as such, it’s definitely going into the redux box for me to revisit in the year. That being said, if you are into strong cigars that aren’t pepper and earth bombs from start to finish—this is a good option—albeit with quite a bit of pepper and earth at times.