(Editor’s Note: You can read Charlie’s review of the Cain F Lancero here.)

Last year, rumors started circulating that there would be a couple of new vitolas in the Cain F line of cigars. One of which is a lancero.

Unfortunately, much like the Cain F Nub earlier in the year, the Cain F Lancero will only be available at STUDIO TOBAC events next year as part of a sampler the company will offer.

Here is a photograph of the Cain F Lancero with one of the OR Cain F Robusto. 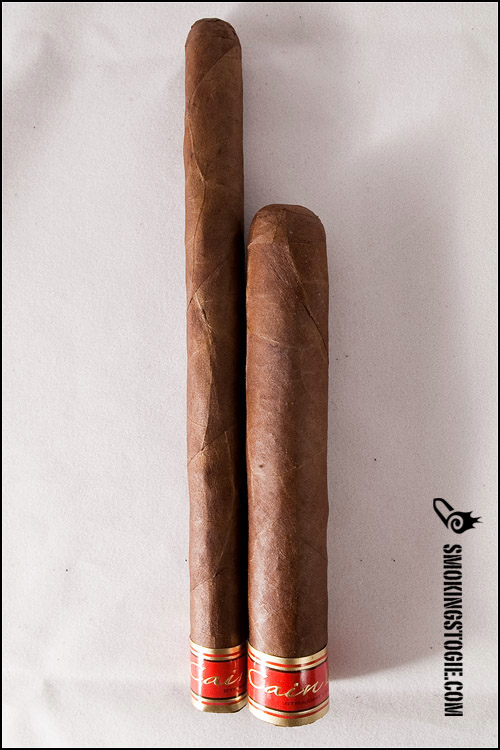 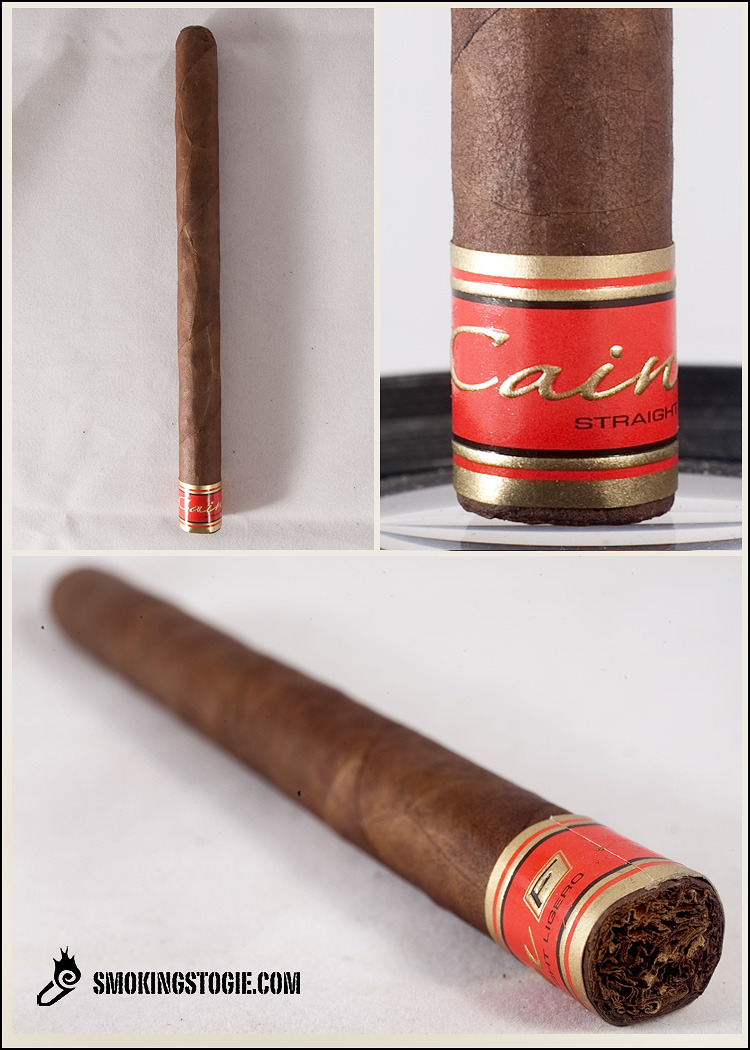 The cigar itself has a medium brown wrapper that is virtually seamless and has very little oil present, but has quite a few bumps running down the length. It is quite spongy when squeezed and the wrapper smells like espresso, dark chocolate, spice and cedar. It also has a slight box-press which might not have been intended.

The first third starts out fairly mild with flavors of oak, leather, chocolate and a bit of spice. The combination of flavors is really quite nice, and there is an underlying sweetness that is amazing. The spice that is present is nothing more than a background note for the first third, but it is definitely noticeable.

The second third has the same core flavors of leather, wood and chocolate, but the sweetness kicks up a huge notch. It tastes to me almost like graham crackers. I also notice a nuttiness that was went very well with the rest of flavors. The profile is also getting quite a bit stronger as the cigar moves into the last third. 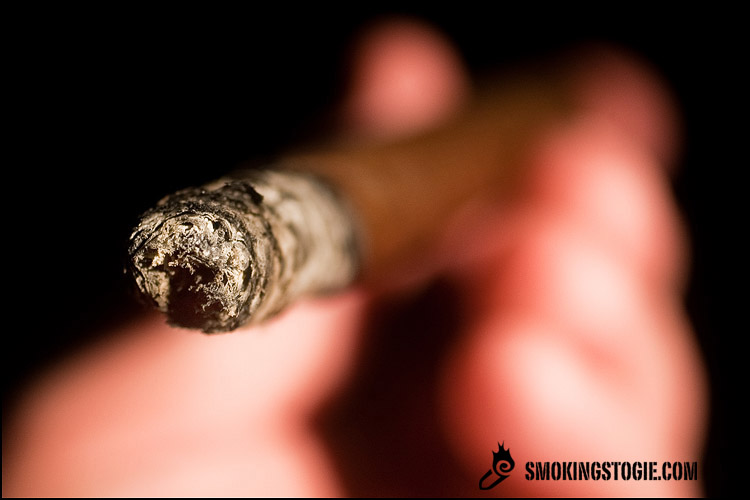 The final third is an extension of the first two, but brought everything together into a great big combination of awesomeness: the ideal sweetness, the ideal amount of spice and great Nicaraguan flavors together. It never gets harsh, but it does get quite a bit stronger at the very end of the cigar. A very balanced ending that took me by surprise… 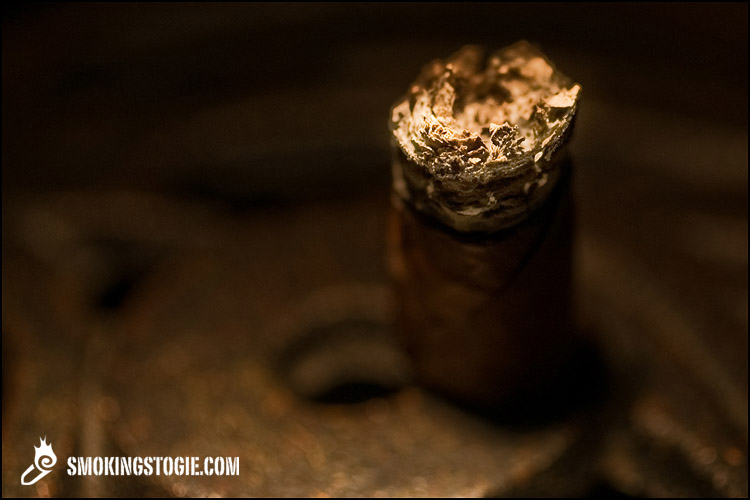 The interesting thing to me is how much in common yet unlike the other Cain Fs this Lancero blend is. I always thought when smoking other Cain Fs that they were a pretty good smoke, but were lacking complexity and balance. Well, the Lancero delivers what I was wanting in spades, and while it has some of the same core flavors, the lack of overwhelming spice and pepper that is detrimental to the other Cain F vitolas along with a great underlying sweetness is what pushes this stick over the top for me. An extremely enjoyable cigar that took me by surprise. Sadly, most cigar lovers will most likely never get the chance to try one unless Oliva decides to make it a regular production at some point in the future.