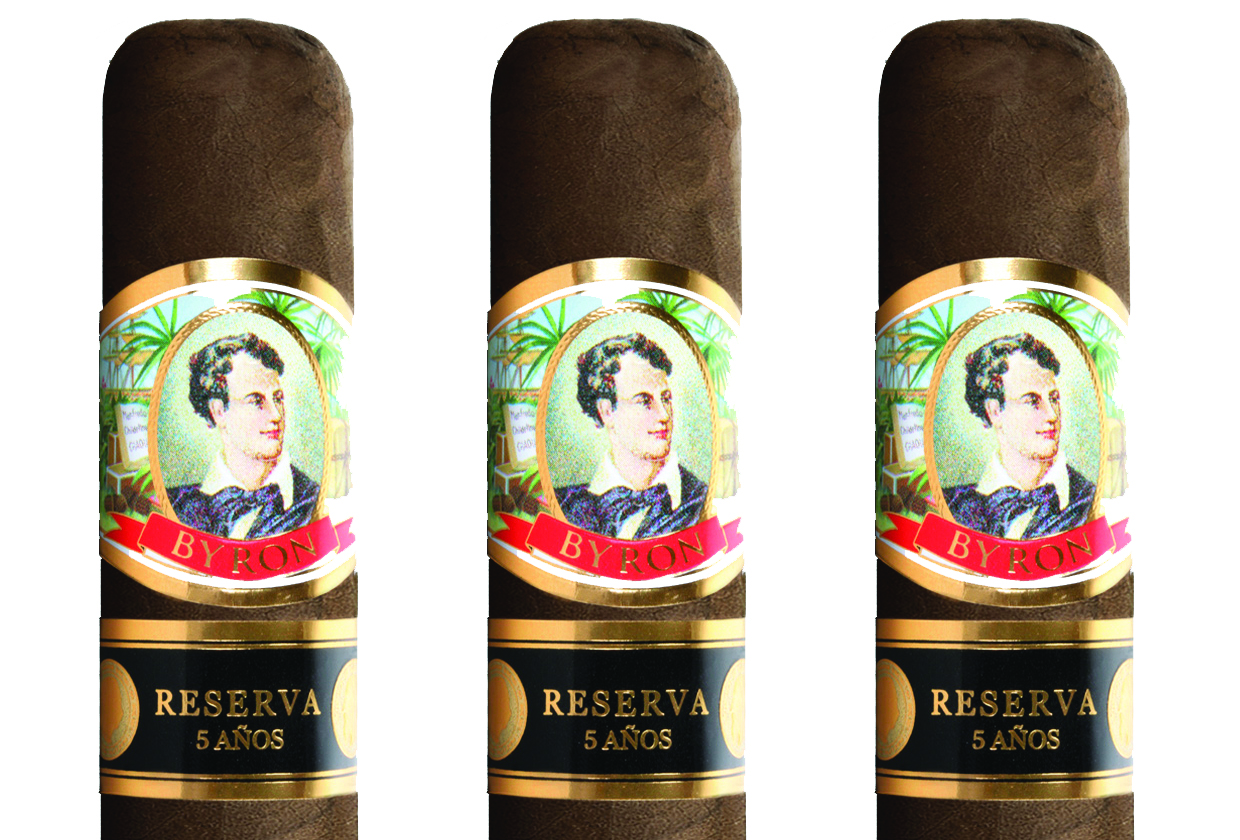 Next month, a new limited edition version of the Byron line from Selected Tobacco will arrive as Casa de Montecristo in Countryside, Ill.

Today, the retailer and manufacturer launched the upcoming launch of the Byron 20th Century Londinenses Dark Wrapper, a 5 1/2 x 54 robusto that uses a darker than normal Ecuadorian wrapper to give the cigar a unique flavor. It is a leaf that the company says has generally been reserved for select Byron vitolas like the Epique Poemas or the Distinguidos.

Underneath the wrapper is a binder of undisclosed origin and fillers from the Dominican Republic, Peru, and an undisclosed source. The cigars were rolled in 2010 at Tabacos de Costa Rica and have been aging ever since. It is an extended aging period for a Byron cigar, which generally gets between two and five years of rest before release.

“The Byron Londinenses was already a deeply complex cigar,” said Oliver Nivaud, national sales manager of United Cigars, via a press release. “But when you have a master in the kitchen that has a special ingredient to elevate a dish, that’s when you experience something even more captivating.” The release is being limited to 100 numbered jars of 25 cigars, a total run of just 2,500 cigars. They are slated to arrive at Casa de Montecristo in Countryside, Ill. on Sept. 1, and will be available both in-store and via its website. Pricing is set at $795 per jar and $31.95 per cigar, before taxes.

“Byron has been my daily cigar since 2017, I can’t get enough,” said Sam Khalil, co-owner of Casa de Montecristo. “When we smoked this 10 year old Byron Londinenses with the dark wrapper we told Oliver we wanted them all.”

Nivaud noted that this is the first of several new projects forthcoming from United Cigars, though this is the only dark wrapper Londinenses slated for 2020.