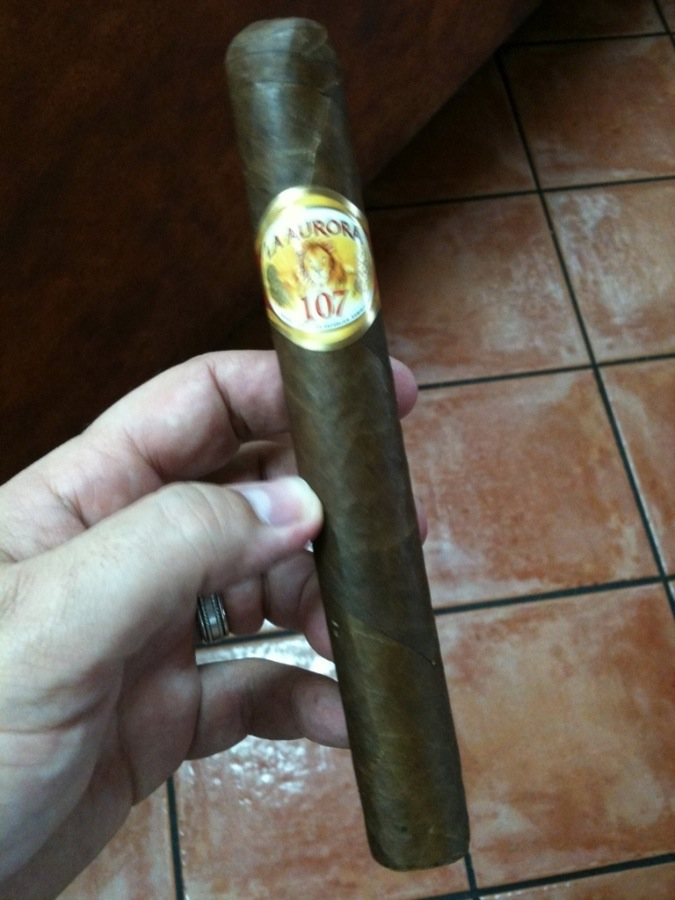 La Aurora is adding a new size to its popular Serie Aniversario 107 line, a 7 x 58 monster, known as “Gran 107.” This marks the sixth addition to the line, joining the original three (Robusto, Toro, Belicoso), Corona and limited-edition Lancero. Guillermo gave me a Spanish lesson saying that “Gran 107” means “big 107” – which makes sense. These should be out in the middle of spring, although word on the street is that a retailer might have a few sometime in early February.