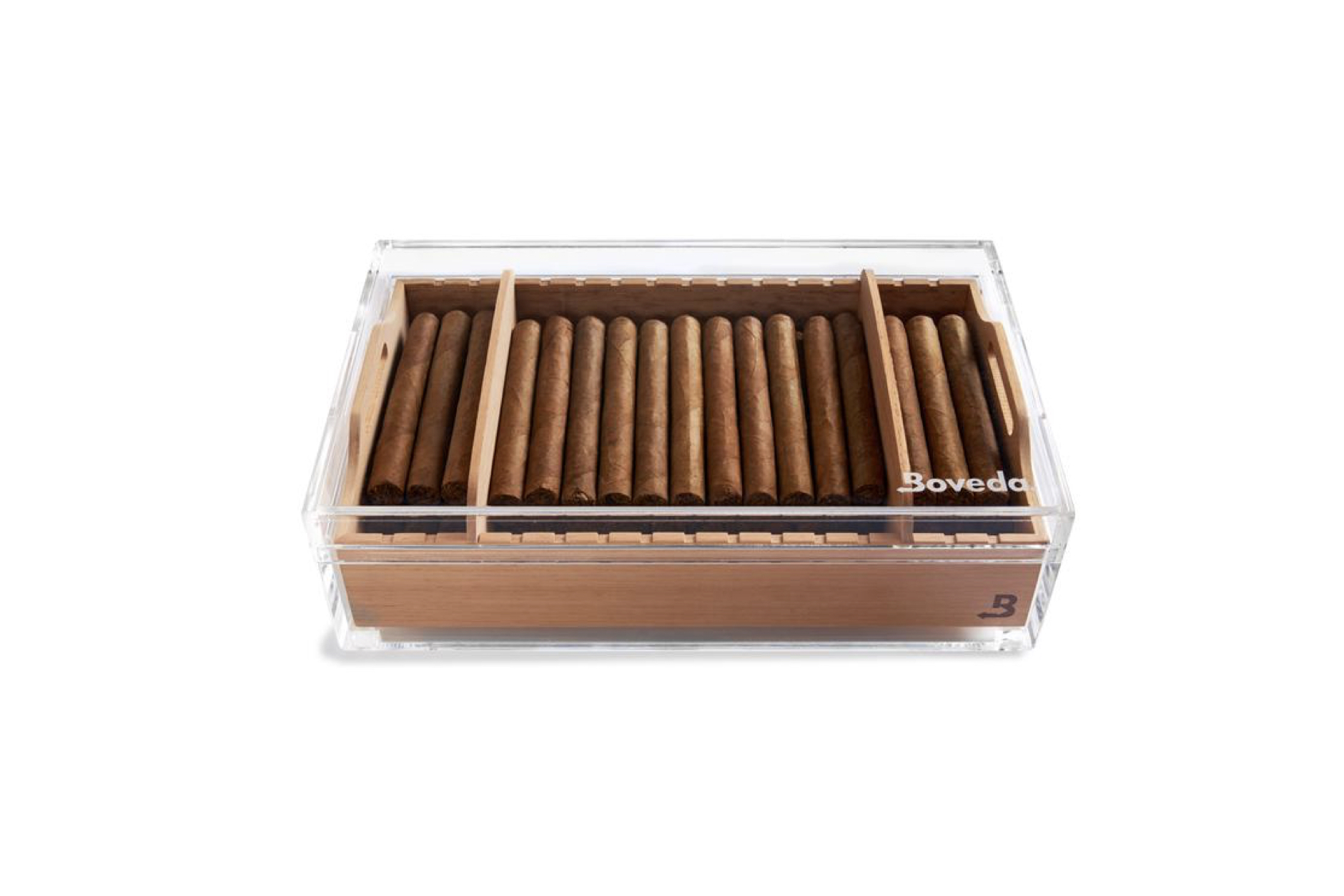 Boveda’s line of Acrylic Humidors will now come with cedar inside. 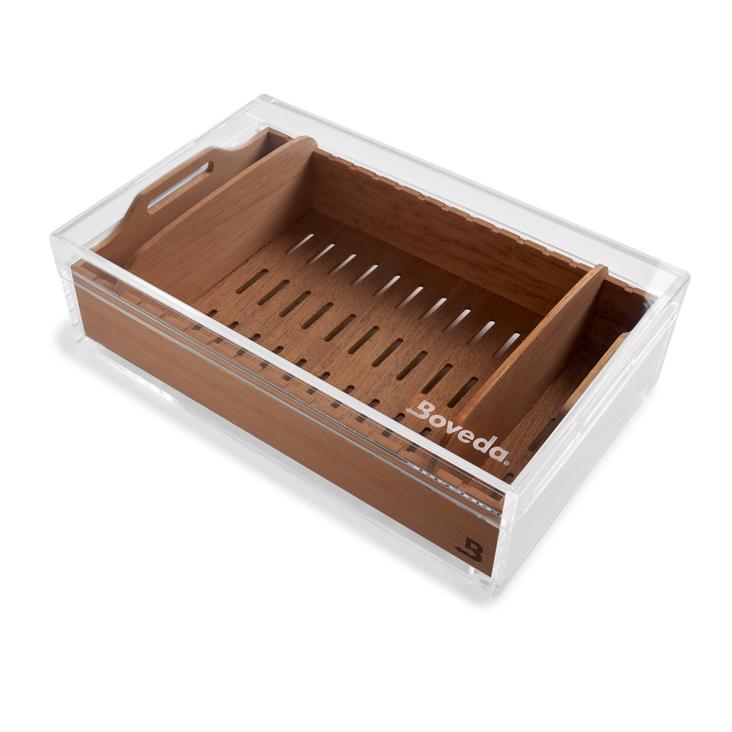 The company has replaced the previously-used acrylic interior pieces—which are designed to hold cigars—with cedar pieces. For the Acrylic Humidor Small ($69.99), that means there’s a piece of cedar designed to go below the cigars that has small holes cut out. For the Large model ($199), it means that the removable tray and dividers are now made of cedar instead of acrylic. The Small humidor is rated to hold 20 robustos, while the Large humidor can hold 75 robustos according to Boveda. In both cases, the humidors are designed to have Boveda packets placed underneath the cedar pieces—which were previously made of acrylic—and allow for the humidity to rise up through the holes.

Most of the other details will remain the same, though the Large humidor will now have a flat lid instead of a curved lid. The materials used—other than the interior pieces—have not changed and pricing remains the same as the older models. Boveda, best known for its humidity packets, introduced the humidors in 2015.

Tim Swaill, evp of sales for Boveda, told halfwheel that the company will not sell the cedar trays on their own. The company has discontinued the older versions of the humidors.