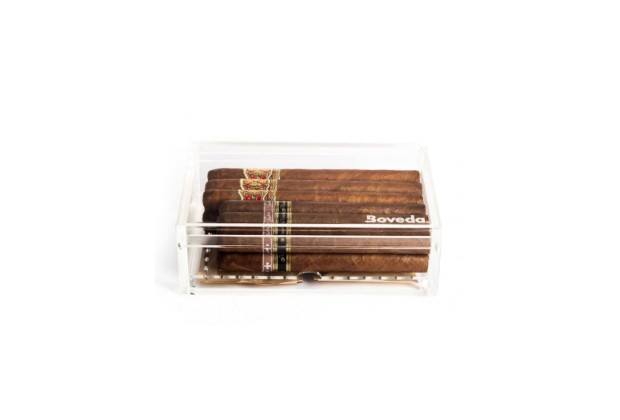 Boveda wants you to show off your cigars, or at least show them off with its newest creation.

The company has begun shipping the Boveda Acrylic Humidor, a new 20-count acrylic humidor that takes a minimalist approach to cigar storage. 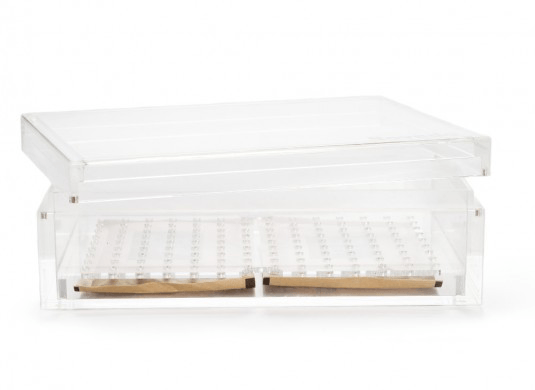 “We wanted to come up with a highly efficient humidor that could be used as a classy substitute to Tupperware for a casual smoker or a way for serious fans to show off a portion of their collection without the inefficiency of a glass-top humidor,” said Charles P. Rutherford II, director of business development for the company, in an email to halfwheel.

That’s exactly what the new device does. It measures 8 1/2 x 5 3/4 x 2 3/4 inches externally enough to hold around 20 robustos or 12 churchill-sized cigars. The acrylic box contains a small shelf at the bottom that can store two large Boveda packets and air holes that allow for the humidity to reach the cigars above. 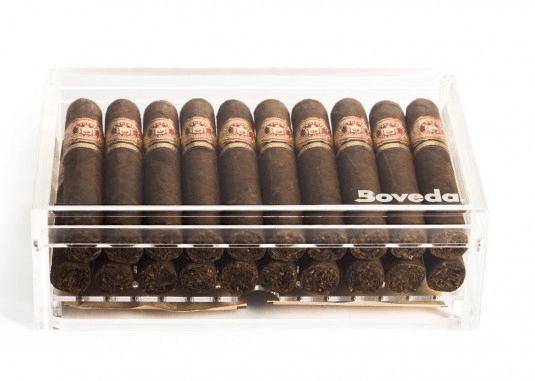 The company says that the new device should allow consumers to go up to a year without having to replace the Bovedas inside. The area that will allow you to store cigars measures 7 7/8 x 5 1/8 x 1 1/2 inches and the lid is secured via magnets.