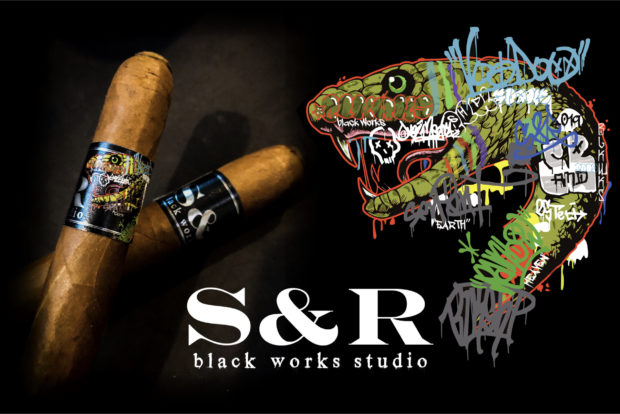 Next week, Black Works Studio will ship the second release of S&R.

Many of the details remain the same as 2016’s inaugural release. Blend-wise, it remains a Sumatran wrapper over a Nicaraguan habano binder and fillers from the Dominican Republic and Nicaragua. Last year’s two sizes—Corona Gorda and Lancero—return in the same formats and priced at $9.50 like last year.

The one difference is there is now a Culebra offered to select stores.

“We are very excited for the second release of S&R. This cigar represents the broad spectrum of cigars produced under the Black Works Studio line,” said James Brown, founder of Black Works Studio, in a press release. “This year, playing on the serpent theme we made a very limited number of Lancero Culebras, so keep your eye out for those.”

The S&R Culebra will only be available at the following retailers: