Black Works Studio, also known by BLK WKS, has announced that it will be adding three new lines as well as new sizes to its NBK and Killer Bee lines at next week’s IPCPR Convention & Trade Show.

“As a cigar maker and artist, I am always working on new blends and expressions of art,” said James Brown, creator of BLK WKS and partner at Fabrica Oveja Negra, via a press release. “These new blends have been in the works for a while, and I did not want to miss the opportunity to release them to the public. I will find ways to continue to be creative in my craft going forward and won’t be deterred by the FDA regulations,” he added. 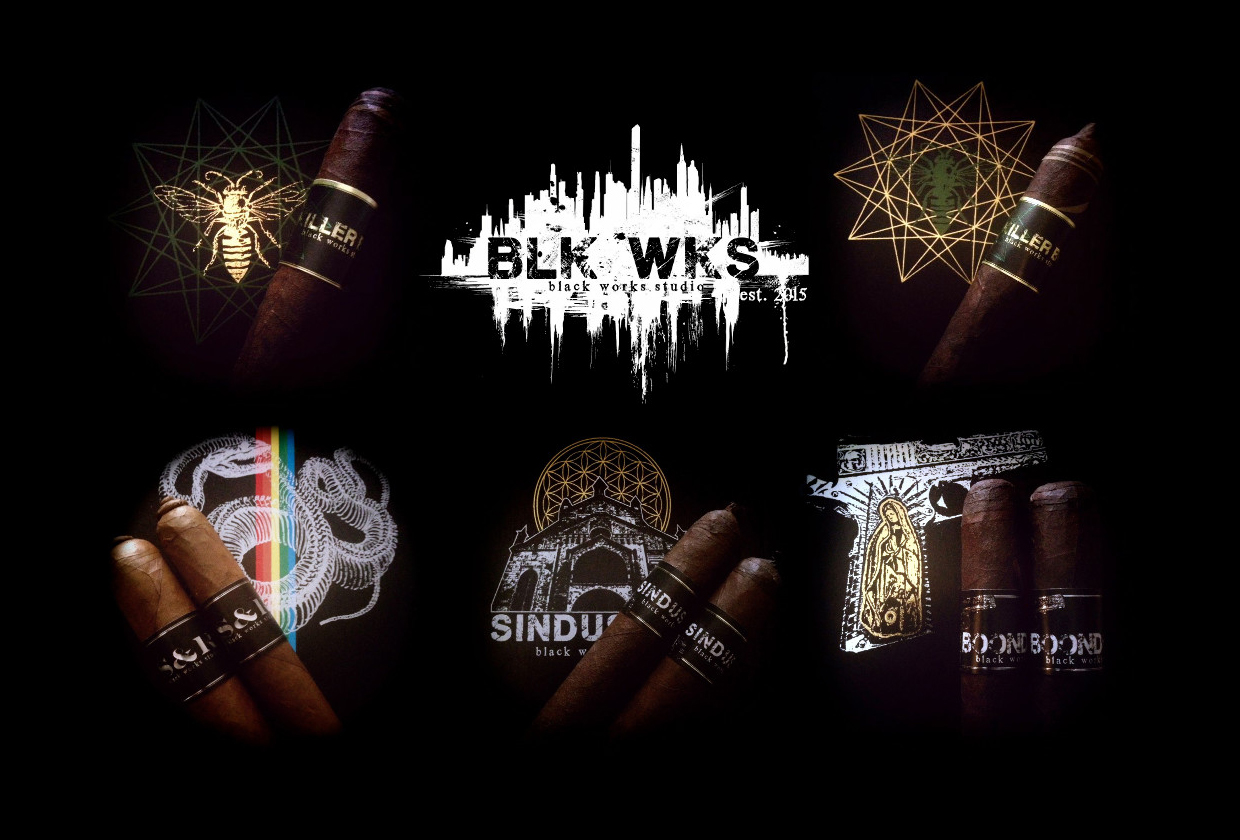 First up is S&R, which uses a Sumatran wrapper over Nicaraguan and Dominican fillers. It is available in two sizes, Lancero (6 3/4 x 42, $8.50) and Corona Gorda (5 1/2 x 46, $8), both of which feature pigtail caps. Brown calls it “an elegant smoke with refined flavors, highlighting the blend of Dominican and Nicaraguan tobaccos.”

Boondock Saint is wrapped in a Pennsylvania broadleaf wrapper with a closed foot that encases fillers from Nicaragua, Pennsylvania and Connecticut. It is available as a Corona Larga (6 1/4 x 46, $10) and Robusto (5 1/4 x 50, $10). “Boondock Saint’s complex rich flavor comes from the blend of three very diverse filler tobaccos and the Pennsylvania wrapper,” noted Brown.

BLK WKS cigars are made at Fabrica Oveja Negra in Estelí, Nicaragua and distributed by Boutiques Unified.