For many years, whenever someone has asked about where to get a cabinet humidor, I’ve replied with one recommendation: Bob Staebell of Aristocrat Humidors.

The funny thing is, while I’ve spoken to Bob numerous times, visited his shop(s) a half dozen times, purchased a variety of products from Staebell & Associates; I’ve never owned an Aristocrat humidor. I’ve seen a variety of different Aristocrat models, but for one reason or another, I never got around to you know, actually owning one. Earlier this year, we moved offices and as part of the move, we decided to upgrade one of our current humidors and replace another. At that point, I decided to call Bob.

Aristocrat offers a dozen or so standard designs with different sizes for each of those designs. From there, there’s a few basic finishes to choose from, usually an option to use glass or not, moldings, LED lights, refrigeration and other “standard” options. Then there’s the option for a customization process. In short, if you can dream and pay for it, Bob will try to build it. Take a scroll through the custom built-in page and you get the idea. Fortunately, we didn’t need a custom humidor, just a good one. We were in need of a humidor that would replace the old JC Pendergast humidor that was storing the Collections. The idea was a large glass humidor with adjustable shelves.

Staebell steered me towards his retail display humidors, which seemed like an ideal fit. It’s a basic rectangular unit that comes standard with four sliding glass panels—two on top and two on bottom. The idea is to avoid obstructing the display of the product as much as possible.

The first half of the number is the width, while the next two digits are height, so in our case the 4884 humidor ($2,095) is 48 inches wide, 84 inches tall and 16 inches deep. Pricing starts at $1,695 for the smallest unit and tops out at $5,695, although almost everyone should add $100 to that price for the humidification unit, which is not included. We opted for none of them, including the humidification system because we had already purchased the Hurricane system a few years ago.

When we ordered, I told Staebell that we didn’t need it for a few months, a bit longer than what I imagine he normally quotes, and two weeks before the deadline I called with a more finalized deadline. The good news was Staebell wasn’t concerned, the bad news was it sounded like assembling the humidor hadn’t even been started. A few large retail jobs had backlogged the shop, but, 48 hours before the truck was scheduled to come pick up our humidor, I got a call saying it was done.

The new Staebell & Associates office is about a half hour from the office, so we had a local moving service deliver the humidor. There are Aristocrat humidors all over the world and even though our’s wasn’t going more than 20 miles away, it was packaged as if it was ready to go into a crate for Dubai. It came in two different packages. The humidor itself with the Set & Forget control unit installed and the shelves installed at an angle. Small wooden squares are used to keep the shelves in place during the moving process and they need to be unscrewed upon arrival.

In a separate box was the four glass doors, shelf pins including four additional pins and two sets of keys for the doors two locks. Setup was pretty easy, particularly considering it was in the middle of us trying to move offices making this the easiest thing I did all day. I started by removing the wooden squares, then installed the shelf pins, which are three per side or six total per shelf and finally install the glass. The shelves are designed to only go in one way, with the lip at the front of the humidor, something that’s not entirely ideal for us.

The doors took one failed attempt at putting them in the wrong way, but can easily be installed by one person once you figure out which way they need to go. Each door slides about a eighth-inch into each side of the humidor and there’s protection in between the doors for a better seal. Staebell offers the recommended Hurricane unit separately for $429. It’s a thick plastic pentagon 14 inches in width, 8 1/2 inches at its highest point and seven inches deep. One end of the top houses a large computer fan, the middle portion has a removable lid for refilling and the other side has the exhaust for the humidity. The fan blows air on the water, which shoots out through the exhaust.

There are two grooved sponges that are placed within the unit. Staebell recommended we fill no higher than about where the top part of the pentagon angled inward and recommends that you draw a fill line on the outside of the unit with a Sharpie. We’ve had our Hurricane for three years and it works as expected. Of note, the electronics are backed by a two-year warranty while the humidor itself has a lifetime warranty. 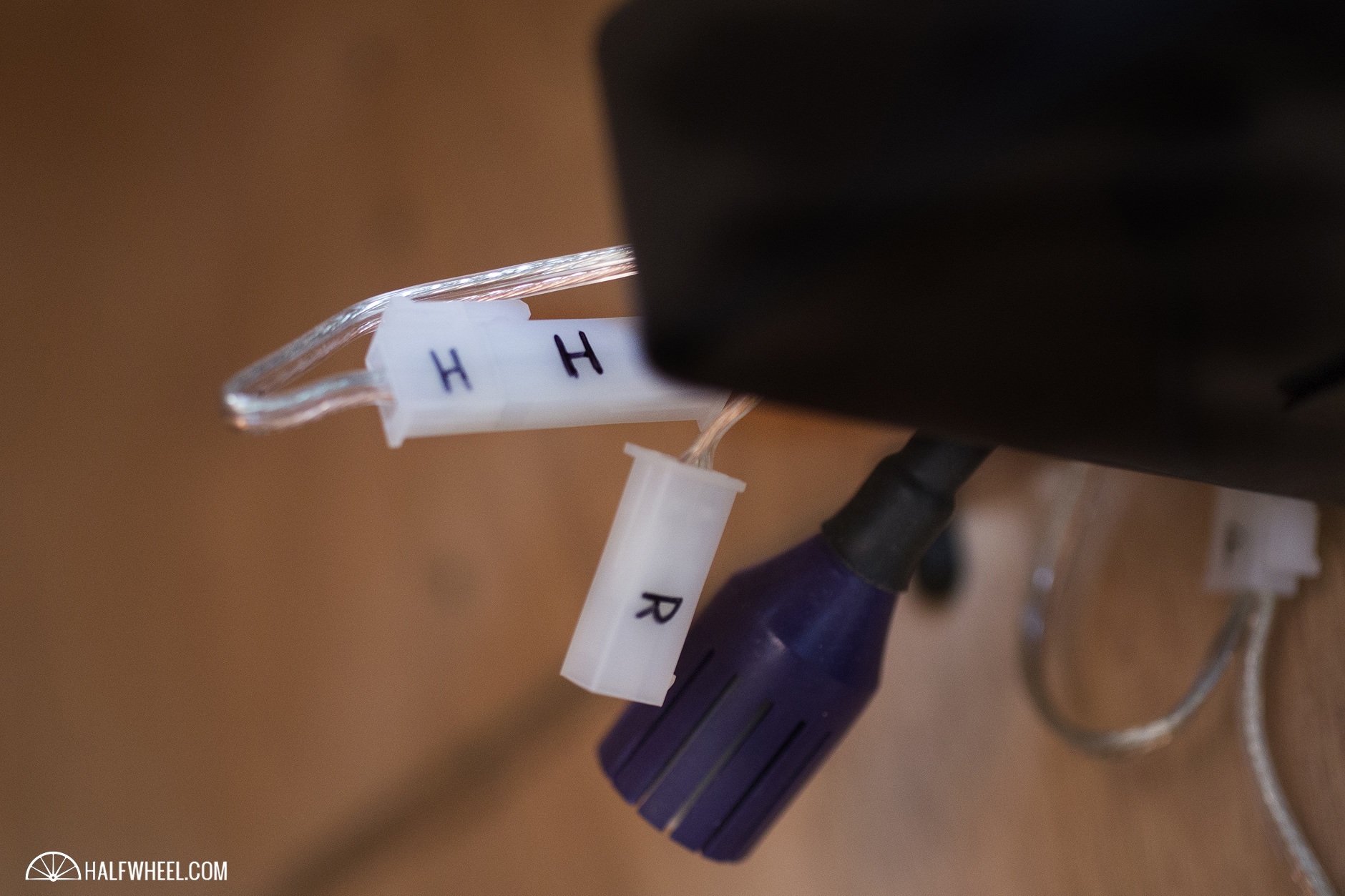 The humidifier is attached to a separate control unit which also connects to an outlet using a Molex adapter, the wired measurement instrument and has additional inputs for fan control. From there, you’ll need to set the humidity level, as well as alerts for temperature and humidity. There’s an included manual that makes that process easy.

If you’ve ever spent time on a cigar forum, you’ll read horror stories about glass top humidors, and with good reason. I had a bit of my doubts about whether this was truly the best option, even with the work I had seen from Staebell. That being said, I’m here a half year later writing that in six months of daily use, the humidor has gone through a little over a gallon of water while remaining within 1.5 percent of where we’ve set the humidor. That’s as good as it gets.

There’s not much to say about Aristocrat’s work. It’s pricey, but if you want to never have to worry about whether your cigars are being protected or if your humidor will outlive you, this is quite possibly the best option. There are other people making custom cabinets, some doing work that’s extremely good, but what separates Aristocrat from the rest is what happens when you call the shop. Bob picks up the phone.

I’ve come to understand that most of Bob’s day is probably spent on the phone walking through customers and potential customers about their issues, no matter how small they are or whether or not they read any of the included instructions. I’ve called the shop dozens of times over the last few years to purchase his products or look for advice on solving problems on non-Aristocrat units. In the end, we spent roughly $3,000 for the humidor, the humidification system purchased separately and delivery, but six months in, it’s been totally worth it.

It seems very likely that will be purchasing another 4884 in the next year. For our needs, it’s an obvious solution although it’s not the humidor I would buy for myself as a personal unit. Utilities are included at the office, so we have two portable AC units blasting cold air into the room that stores cigars year-round, but in a residential environment that’s an expensive way to prevent your cigars from having issues with beetles. If the room where your cabinet will go gets warm throughout the year, I’d recommend looking at an Ultra or MXT model, humidors that Staebell offers with refrigeration options It’s a $1,500+ option depending on the size, but one that I think is entirely worth it compared to a beetle outbreak.