As has become tradition, Prometheus has announced the details regarding the annual Opus22 set, a collaborative release between the California-based cigar and accessory company and Arturo Fuente. In 2004, the companies partnered to release 22 Fuente Fuente OpusX cigars—including some non-regular production sizes—packaged in their own coffins and placed in a special humidor. Since then, the sets have appeared every year with their announcement normally coming ahead of the IPCPR convention and trade show.

The sets, which are limited to 500 units, raise money for the Cigar Family Charitable Foundation, a Dominican-based charity established by the Fuente and Newman families that provides education, medical assistance and other services to families. They are traditionally released in two waves, the first of which will include 350 units in November of this years with the remaining 150 shipping in May. In addition, a variety of other limited editions will be released by Prometheus containing Fuente products. The popular travel sets are now known as Opus6, a collection of six limited Fuente cigars. 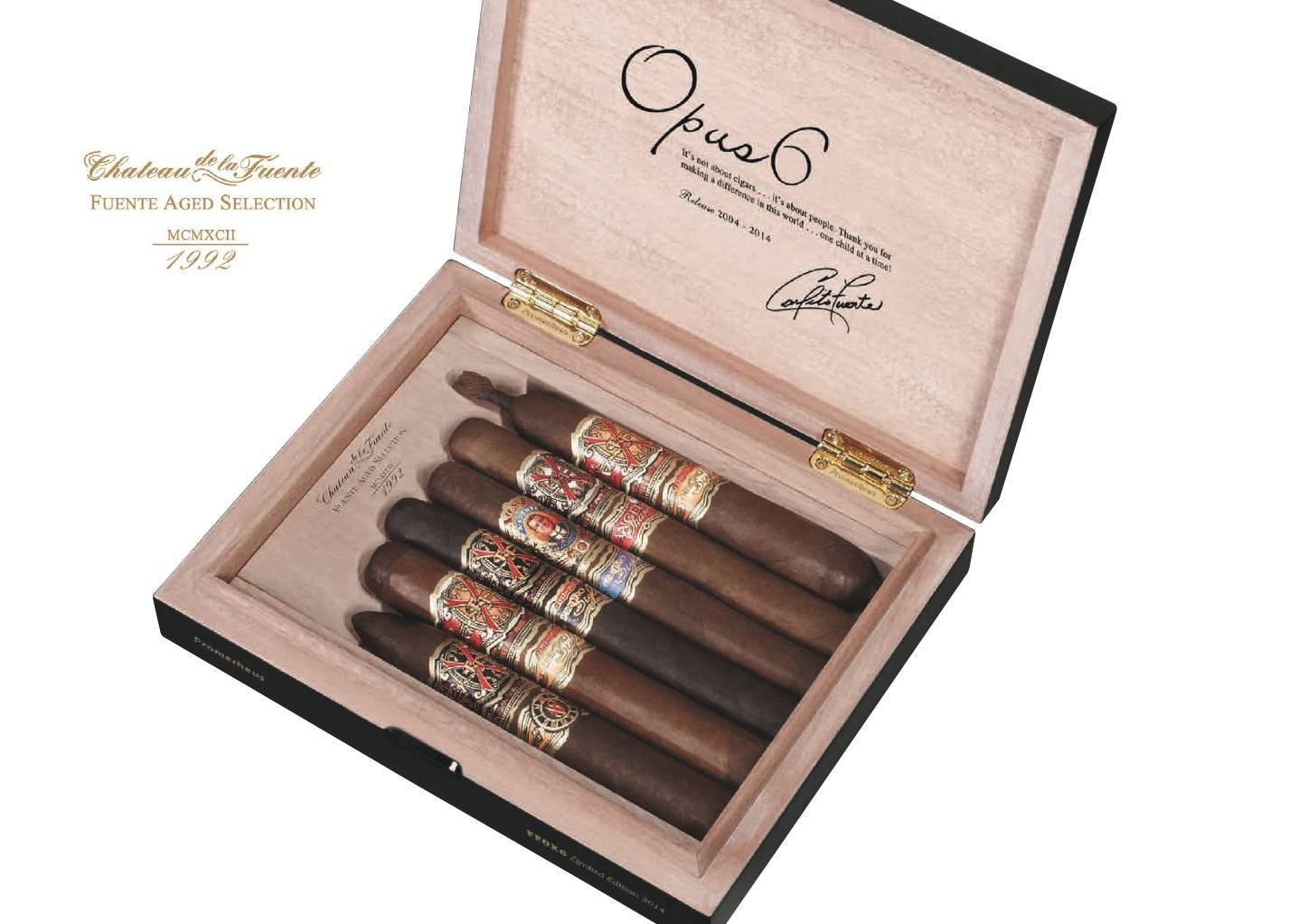 The Opus6 set is limited to 2,000 units priced at $260 per piece. A total of 650 pieces will be made in black, 650 in red and the remaining 700 in Macassar Ebony. Inside each box are two books, The Fuente Story Passion behind the Tradition and Legacy and Journey to Chateau de la Fuente. For fans of the Don Carlos Edición de Aniversario and Fuente Fuente OpusX Lost City, both products will also return in familiar form.