For the third year in a row, Alec Bradley will be releasing a green cigar for St. Patrick’s Day.

However, the company is making it clear, there won’t be as many this year. The Alec Bradley Filthy Hooligan is already on its way to shelves and while many details remain the same: 6 x 50 size, $8 MSRP, boxes of 22 and presumably the same blend; there will only be 500 boxes offered this year, a massive decline from the 3,000 last year and 2,000 the year before. 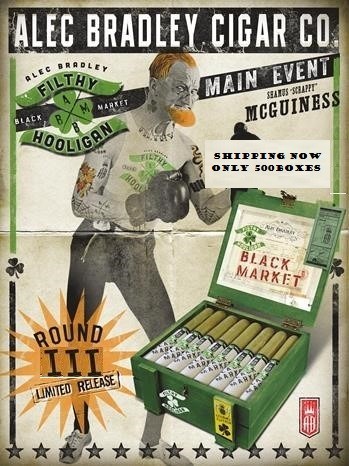 A representative from the company said additional details about the cigar will be announced later this week.