Alec Bradley has informed retailers that they are getting ready to ship their new Nica Puro, a cigar that debuted at the 2012 IPCPR Convention and Trade Show but has been delayed for unspecified reasons. The cigar was originally slated to ship in late October or early November of 2012.

As the name implies, the Nica Puro is made with 100% Nicaraguan tobacco. The company said the cigar promises to be “strong but smooth” and will deliver “a new and exciting flavor profile from Alec Bradley.” 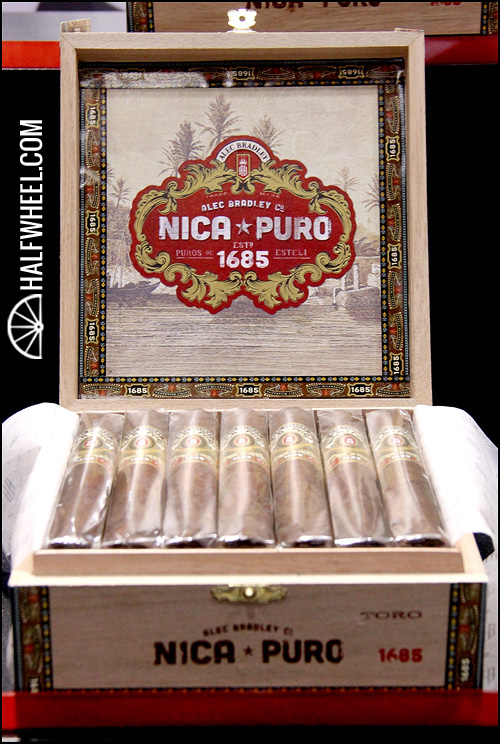 When it was unveiled at the trade show, it was said to be available in six sizes:

It appears that those six sizes are still slated for the Nica Puro release, as there has been no mention of orders placed at the show having to be changed. Several online retailers have listings for them on their website, with single-stick prices for the cigars ranging from $6.75 – $8.50, and all slated to be packed in 20-count boxes. One retailer attributed the delay to “the first batch…not being up to Alec Bradley’s high standards.”

The box is also stamped with the number 1685, which refers to the year that Estelí, Nicaragua was founded, widely considered to be one of, if not the top cigar making cities in the world.