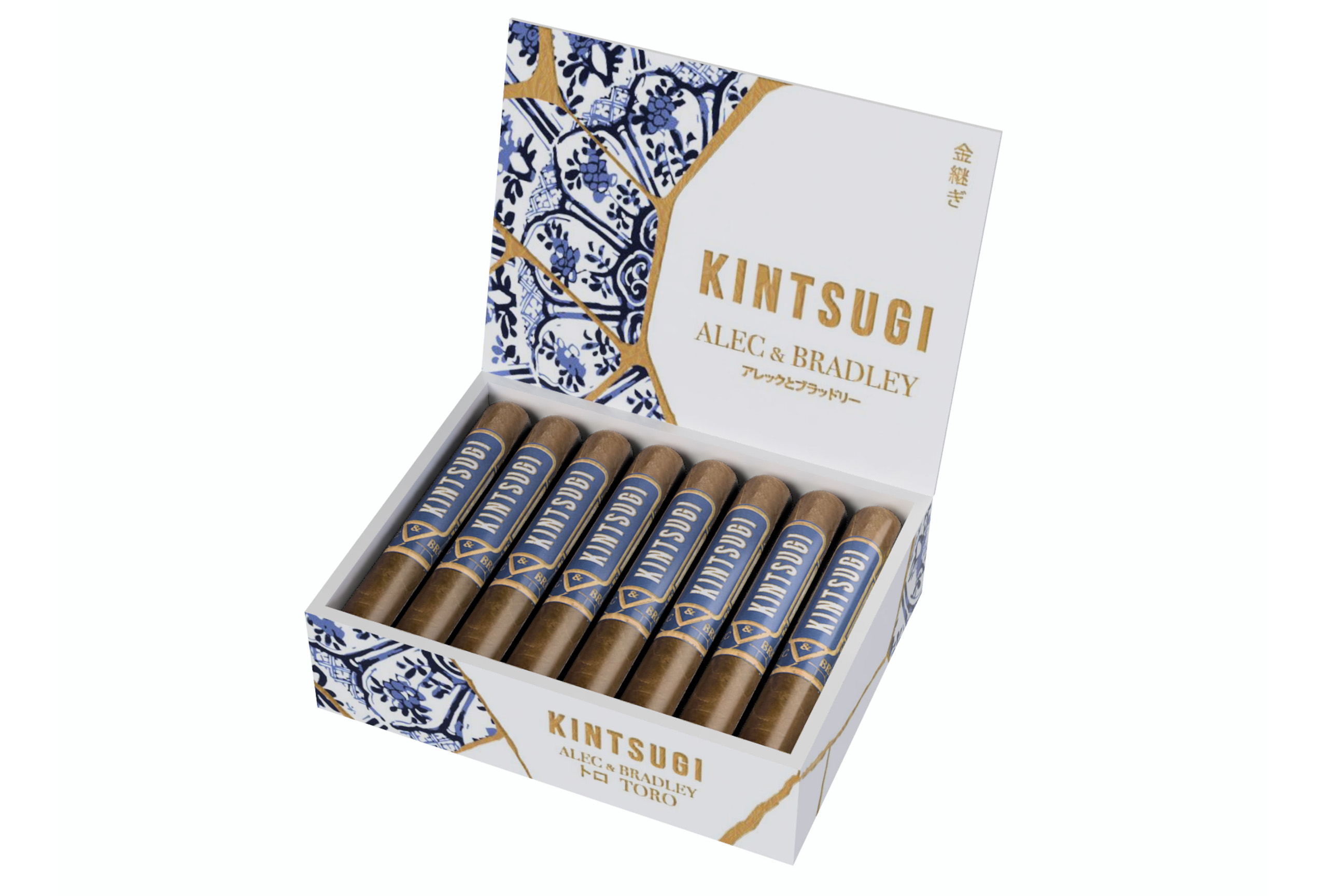 Alec and Bradley Rubin have announced their third full production line, dubbed Kintsugi, but they have delayed it from its originally scheduled release of between mid-May and early June to an unspecified date in the fall, a delay the company blames on the COVID-19 pandemic.

The line uses a Honduran habano wrapper from the Trojes region, with Nicaraguan and Honduran leaves used for both the dual binder and the fillers. It is described as a medium-bodied blend, with production handled by the Raices Cubanas factory in Danlí, Honduras.

Kintsugi will be offered in four sizes, three of which have were announced in March, with the corona gorda announced in early July:

The line gets its name from the Japanese art form of repairing broken pottery, which dates back to the 15th century and, as one legend has it, a shogun who dropped his favorite vase, shattering it to pieces. He ordered artisans to reconstruct it with a gold or silver lacquer, which in turn made the piece even more beautiful.

The name is a nod to how the brothers view the state of the premium cigar industry.

“Unfortunately, the cigar industry seems to be a bit fractured right now,” said Bradley Rubin via a press release. “We are all fighting to reduce or eliminate regulation, but there is little consensus on how to achieve this. We can all learn from the Kintsugi story. We are all better together. The passion behind premium cigars is the gold lacquer that binds.”

“We are honoring Kintsugi through our artform, cigar making,” added Alec Rubin. “Bradley and I hope that if we spread the story and spirit through our cigars- colleagues and enthusiasts may one day embrace the tradition and come together for a common cause.”

Update (July 6, 2020) — Alec Bradley announced a number of updates to the project today via Cigar Aficionado, including additional blend details, a delayed shipping date, the fourth vitola, pricing, and an update to the box counts. While a representative of the company was able to confirm the accuracy of the article, a request for comment and images was declined due to an exclusively agreement.

This story was originally published on March 12.

Update (July 8) — Alec Bradley issued confirmed details and images about Kintsugi today, which have been added to the story.