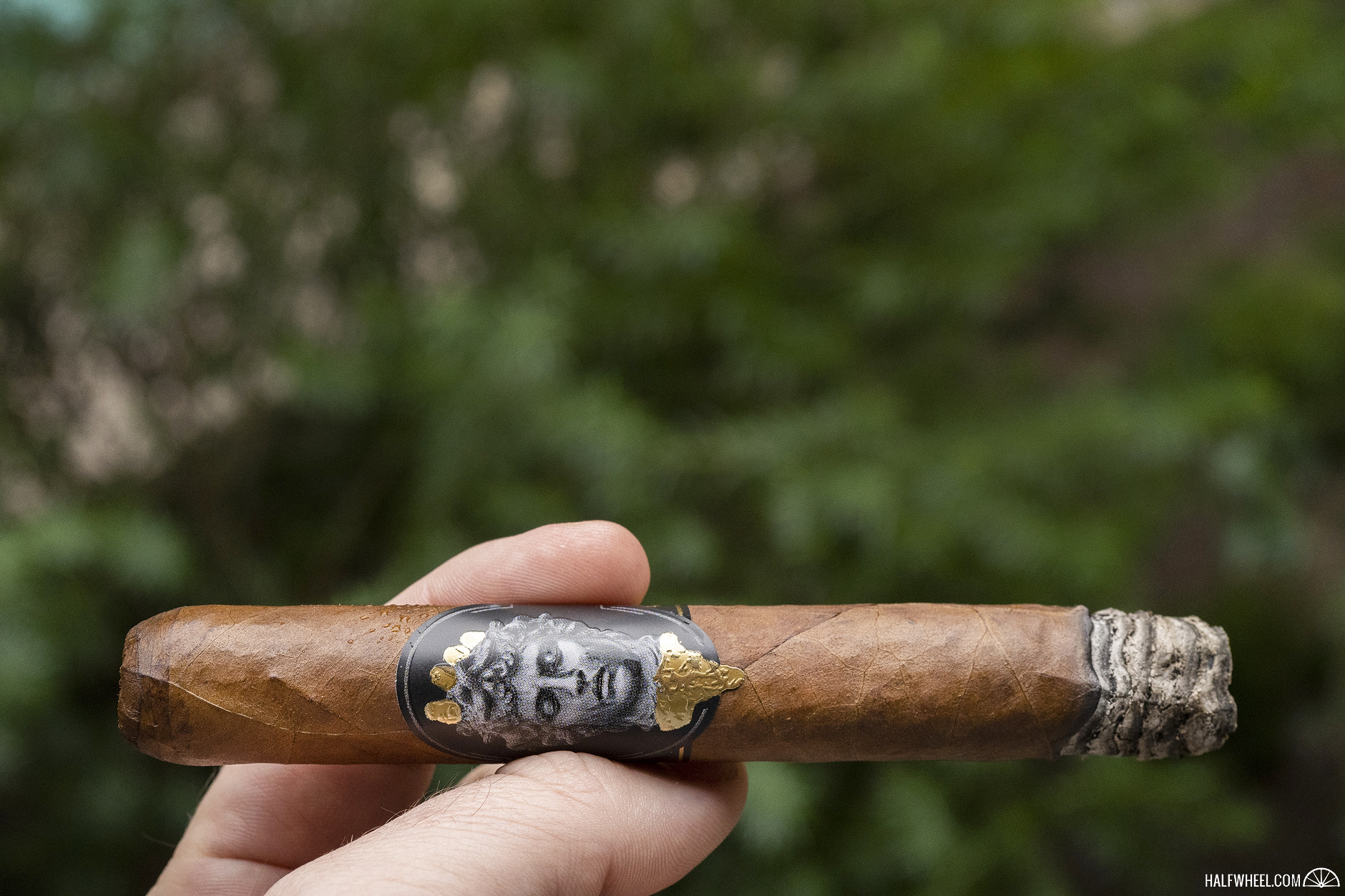 It wasn’t that long ago that there was a lot of young blood coming into the cigar industry, sons and daughters of cigar makers and brand owners who were beginning to make their own marks in the industry. It was a group that included Tony Gomez of La Flor Dominicana, Jeff and Jessica Padrón, and Patricia and Raquel Quesada along with Terence Reilly, Hostos Fernandez and Esther Quesada, collectively referred to as the next generation of Quesada Cigars.

Now a new crop of second generation cigar makers is coming into the fold, including Alec and Bradley Rubin, the sons of Alan Rubin of Alec Bradley Cigar Co.

“Working with Ernesto opens up new doors for Bradley and me,” said Alec Rubin via a press release when the cigar was announced. “Ernesto is a gatekeeper to new opportunities and experiences for us—thus the name Gatekeeper.”

“We are a part of the next generation of the premium cigar business,” said Bradley Rubin. “Ernesto is a legend and we are humbled to be able to work with him.”

It was released at the 2019 IPCPR Convention & Trade Show in Las Vegas, shipping to retailers in September. It is also the first time that Carrillo has been tapped to create a cigar for the Alec Bradley portfolio. 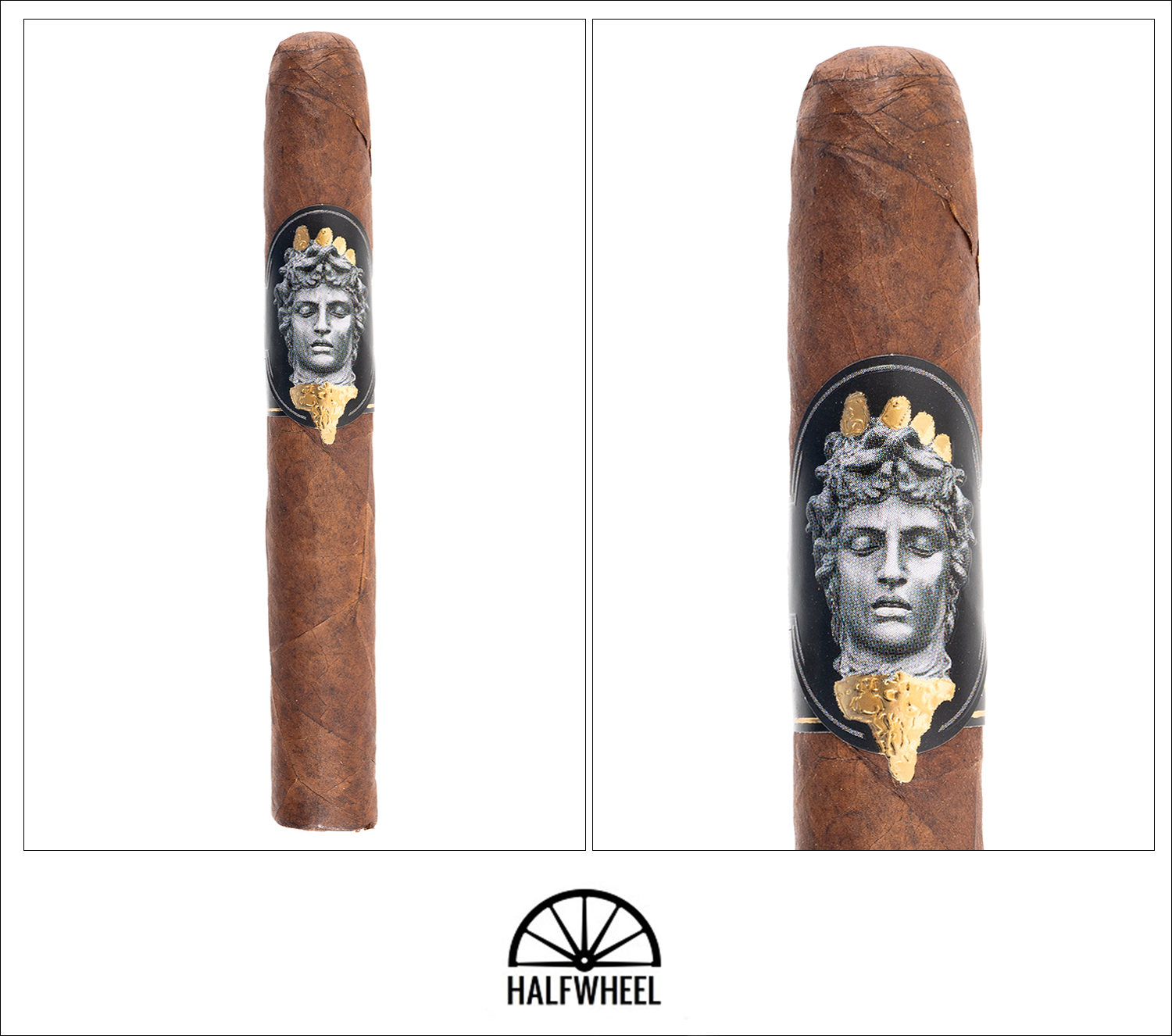 The Alec & Bradley Gatekeeper Toro slides out of its cellophane sleeve and it’s easy and quick to feel some oiliness of the wrapper, a point reinforced by a bit of sheen on the leaf. It’s fairly even in color, though there is some common and subtle variance near the veins, which are small but visible. It’s a fairly firm cigar, though there is some give to be found if squeezed enough, though I wouldn’t recommend overdoing it. The foot of the cigar has a juicy, pre-cooked meat aroma, initially making me think about opening a Ziplock bag containing a marinated piece of steak, with one sample so thick and sweet it has me thinking of prepping a sauce or marinade with which to make a citrus flavored jerky. The cold draw has the Goldilocks issue, one is smooth and easy, one a bit firm with some resistance, and one is just right. The flavor is generally complex with pepper, damp wood that turns to bark and just a bit of meatiness, almost a beef tartare flavor in certain samples. Only one sample doesn’t check all those boxes, offering a drier wood note in place of the meatiness.

The Alec & Bradley Gatekeeper Toro opens up with a flavor that is a fitting follow-up to the cold draw, mixing woods, bark and black pepper, with the latter showing particular vibrancy through the nose and even bringing a bit of red chili pepper heat and burn to the nostrils. Even with the big flavor, there is some very fine tingle on the sides of the tongue, which I’m inclined to attribute to the wood flavor more than the pepper. It’s quite a lot to take in before the burn line is even a quarter of an inch along, so if you’re one to analyze your cigars, prepare for a lot to ponder from the get go. That first inch sees the cigar develop into a full-flavored profile, while the strength and body are both a tick or two down from that. After the first clump of ash drops, the cigar starts to mellow just a touch, but there is still plenty of the red chili and black pepper combination to be found through the nose should you be looking for some tingling heat. There are also some spots where the flavor seems to veer in odd directions; in one sample I get a flavor that reminds me a bit of pine needles, while the retrohales pick up a bit of chalk and there’s a combination that is mint-like, though not quite the real thing. Technical performance in the first third has been very good across the board.

Moving into its second third, the Alec & Bradley Gatekeeper Toro continues to reign in the flavors without necessarily toning down their intensity. It’s a progression that sees the flavor get tighter without changing much, as there is still a good amount of wood, earth and pepper to be found and enjoyed, with some mint on the outer edges. Retrohales are still quite peppery, which leads me to space them out a bit more than I might do otherwise. There are a few points where chalk enters the mix, another of the interesting detours that the flavor takes, though it’s a fairly short experience. Ahead of the midway point, the cigar picks up a lighter fragrance that is new to the cigar. It’s almost Champagne-esque at first smell, but a deeper inspection reveals more breads and less of the white wine sweetness. The puffs that begin the transition into the final third sees the wood note pivot a bit and get a bit funky, hitting the tongue with a flavor that isn’t nearly as good as it has otherwise been. The technical performance remains quite good, with good smoke production, an even burn line and no issues with the draw or combustion. 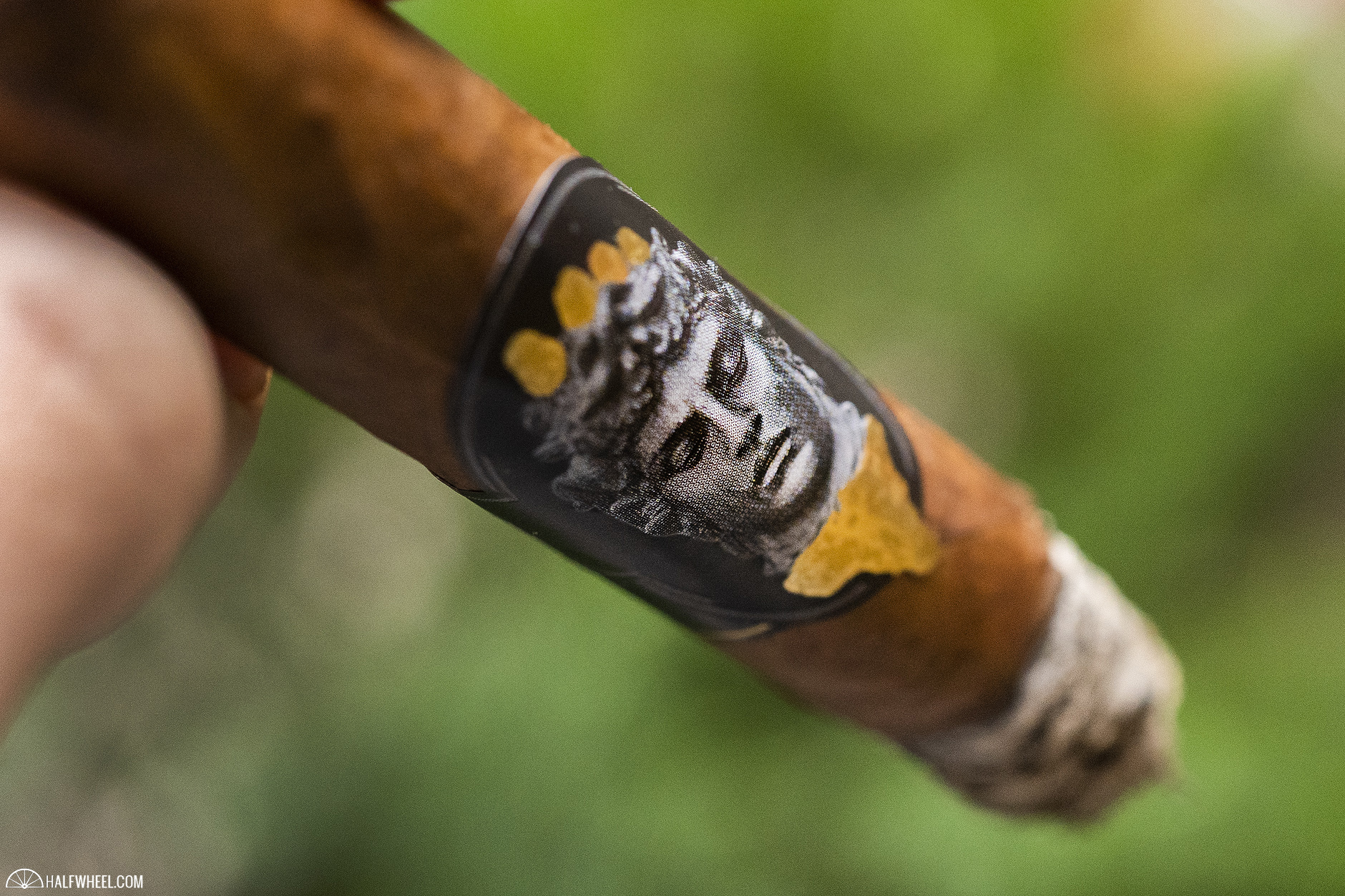 The flavor starts to get a bit rougher near the start of the final third, even though the intensity is holding fairly steady. The profile gets smokier before it gets charred, a flavor that takes over for the pepper in terms of what is driving the details. The physical sensation has moved largely to the back of the throat, which gives the tongue a bit of a reprise but comes with its own issues. One sample dodges most of this change though doesn’t miss it completely, with some creaminess helping soften the rougher spots. The cigar has stopped taking the flavor detours that marked a good chunk of the first half of the Alec & Bradley Gatekeeper Toro, which is definitely a win as it can now focus on its core flavors, which are now largely wood and pepper, even if they still need some refinement at times. The cigar burns down well, though the flavor doesn’t quite return to its earlier high points, staying a bit funky with the wood and pepper losing their way and making the overall profile a bit disjointed and sharp. 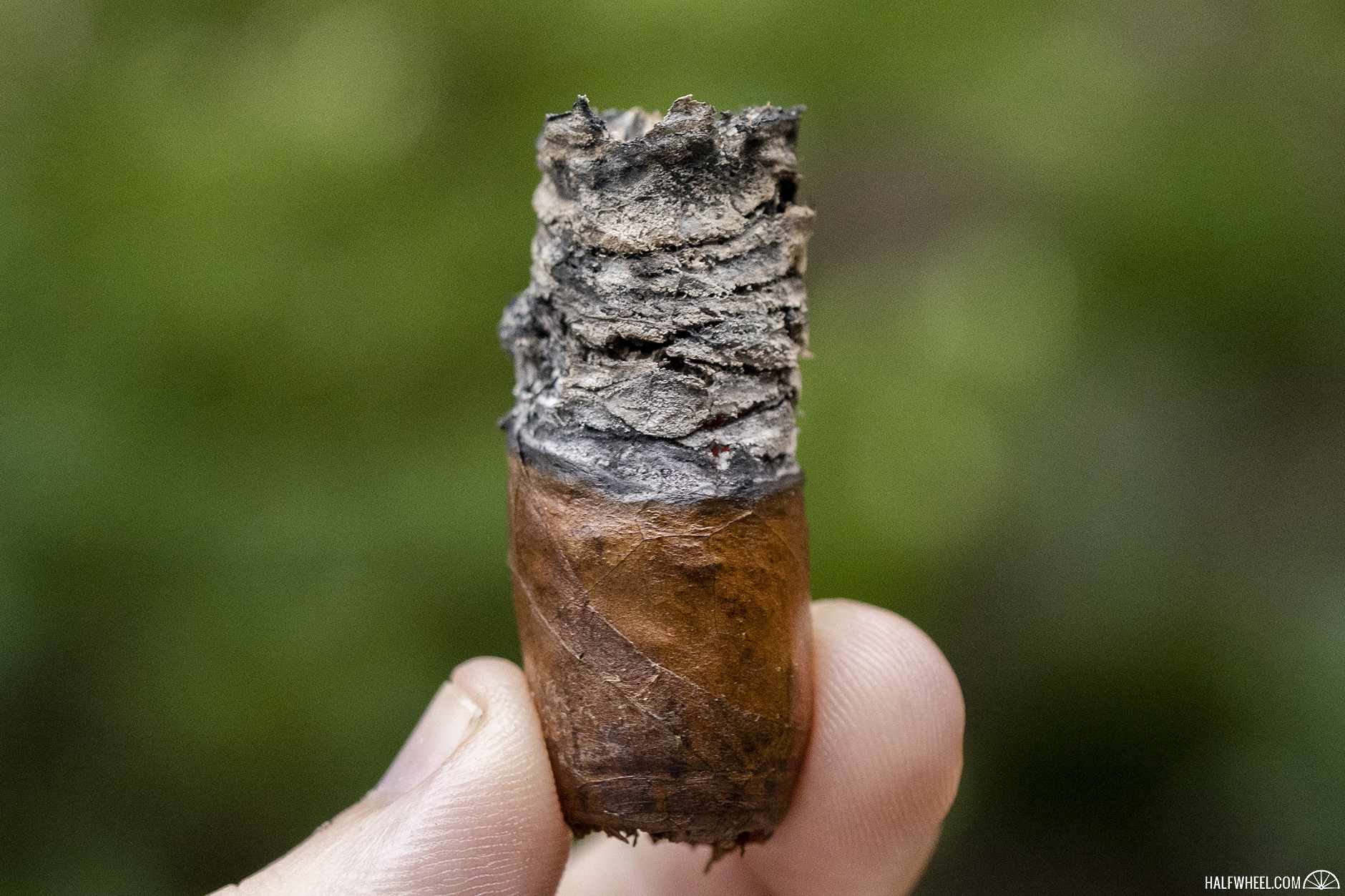 Sometimes it feels like a cigar has simply too much going on, which is the feeling I'm left with after smoking three samples of the Alec & Bradley Gatekeeper. The flavor starts out big but unfocused, something that continues through a good chunk of the first half. The second half sees some of the intensity settle down but at the expense of the smoke getting rough on the palate, meaning that for most of the cigar my attention is being pulled away from the core of what the blend has to offer. Technical performance was very good, which at least meant I didn't have to concern myself with that as well. I'm hopeful that some time and rest might aid that endeavor as I've got another sample sitting in my redux humidor, but if you opt for one of these now, be prepared for a lot of flavors and some occasional detours that will keep your palate more than just occupied, it will keep it busy trying to keep up.