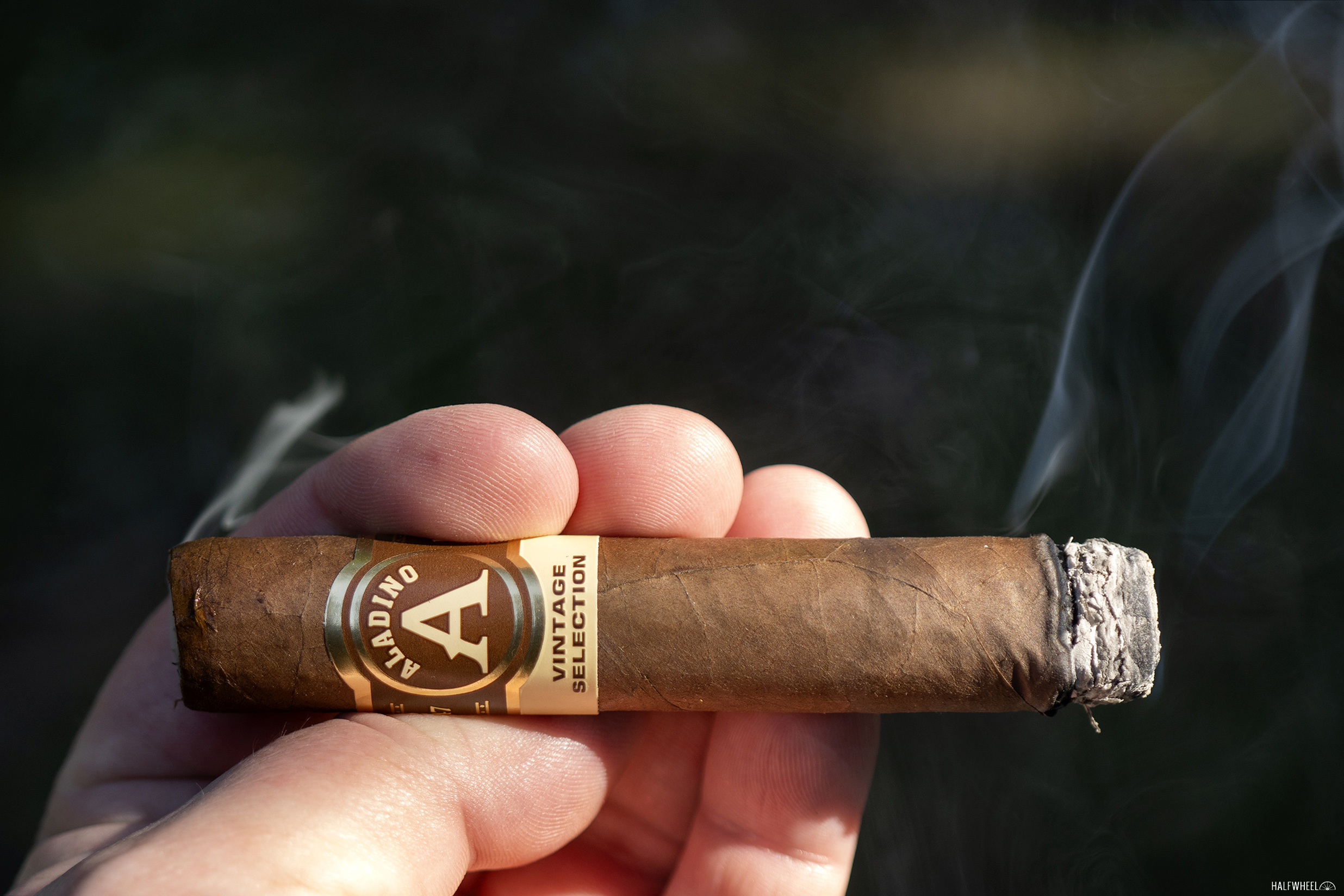 Earlier this year, JRE Tobacco Co. announced the new Aladino Habano Vintage Selection, a new release that is currently available in only one vitola, a 4 1/2 x 48 Rothschild. It features a blend that incorporates a habano wrapper covering a corojo binder and corojo filler tobaccos, all of which were grown at the company’s Finca Corojo farms outside Danlí, Honduras.

While a new blend is always somewhat of a big deal, the Vintage Selection happens to have another ace up its sleeve: as the name implies, the cigars were rolled in 2015-2016, which means people are buying cigars that already have four or five years of age on them before they even open the boxes. According to Vivian M. Eiroa, a spokesperson for JRE Tobacco Co., the Vintage Selection name was chosen because it brings to mind a time the family considers the golden era of Cuban cigars, specifically blends made with habano wrappers and corojo fillers.

At the moment, the Aladino Vintage Selection Rothschild is the only vitola available in the line, with each cigar retailing for $6 and packaged in boxes of 50. However, JRE Tobacco has already confirmed that additional vitolas are scheduled to be released sometime in 2021. 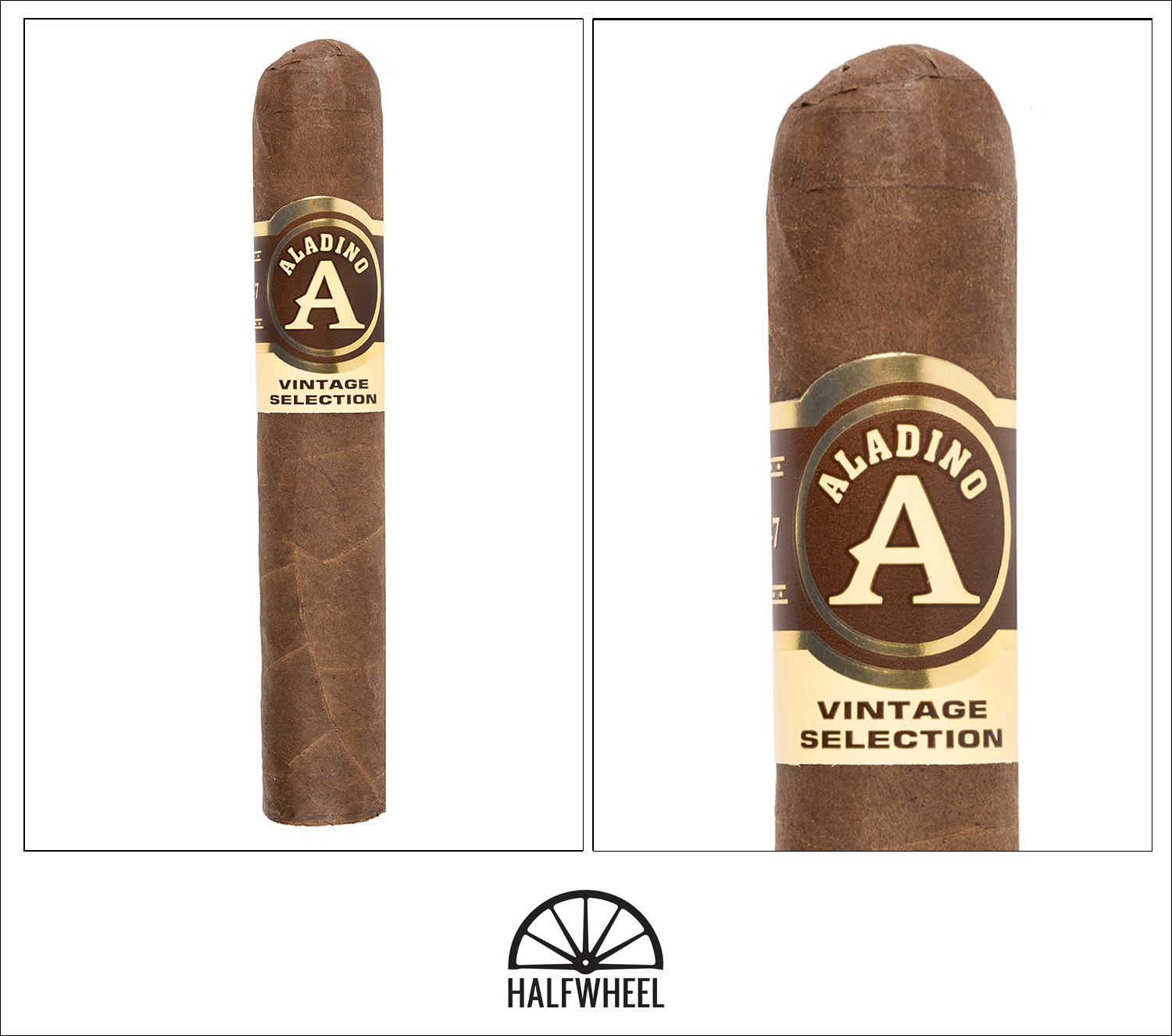 Although it seems petit when held in my hand, the Aladino Habano Vintage Selection Rothschild is heavier than it looks, and features a very attractive milk chocolate brown wrapper with very little tooth to it. Having said that, there are a number of very prominent veins running up and down its length along with small bumps in various spots. Aroma from the wrapper and foot is a combination of salted almonds, baker’s spices, cedar, leather, cocoa nibs, hay and slightly sour earth. The cold draw brings a somewhat restrained combination of creamy cedar, leather, cinnamon, citrus, earth, tobacco, black pepper, generic sweetness and very slight plastic.

The Aladino Habano Vintage Selection Rothschild starts out nice and smooth, with just a hint of spice on my tongue as well as some black pepper on the retrohale, both of which seem to content to stay where they are at the moment. A combination of creamy cedar and toasted bread easily tops the profile, followed by secondary notes of leather tack, roasted espresso beans, earth, hay, baker’s spices, hay and slight raisin sweetness, while the finish is dominated by a  floral note. Construction-wise, both the burn and draw give me no issues so far and there is plenty of smoke, while the overall strength hits a point between mild and medium by the time the first third comes to an end.

Although the combination of creamy cedar and toasted bread continue to dominate profile during the second third of the Rothschild, a few new flavors begin to make themselves known, including orange peel, cinnamon, powdery cocoa nibs and an interesting—albeit fleeting—generic vegetal note. The raisin sweetness from the first third is quite a bit more obvious on the retrohale while both the black pepper and spice have increased slightly. In terms of construction, the draw and burn continue to impress with no major issues whatsoever, while the smoke production remains copious. Strength-wise, the overall strength increases, but only enough to move just a little closer to the medium mark by the end of the second third. 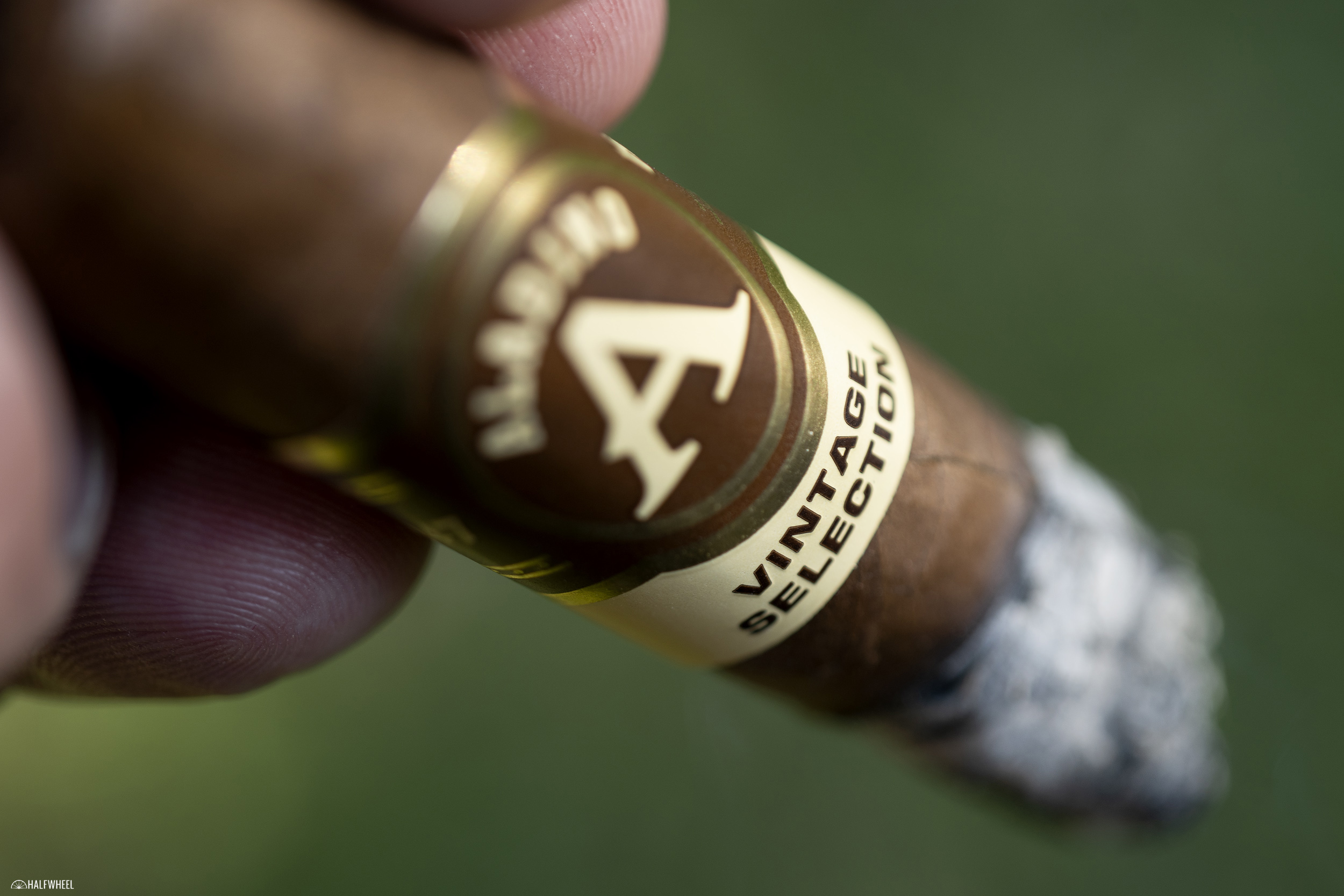 There are some major changes during the final third of the Aladino Rothschild, starting with the dominant flavor in the profile, which is now a distinct buttered popcorn note. Other flavors of cedar, orange citrus, hay, bread, leather, earth and cocoa nibs flit in and out in various amounts, while both the raisin sweetness and black pepper are still very much present on the retrohale, adding to both the complexity and balance. While the burn and draw remain excellent, the smoke production decreases a bit in both density and amount. Finally, the overall strength manages to hit point very close to a solid medium just as I put the nub down with a bit less than an inch to go, but was never threatening to go any further. 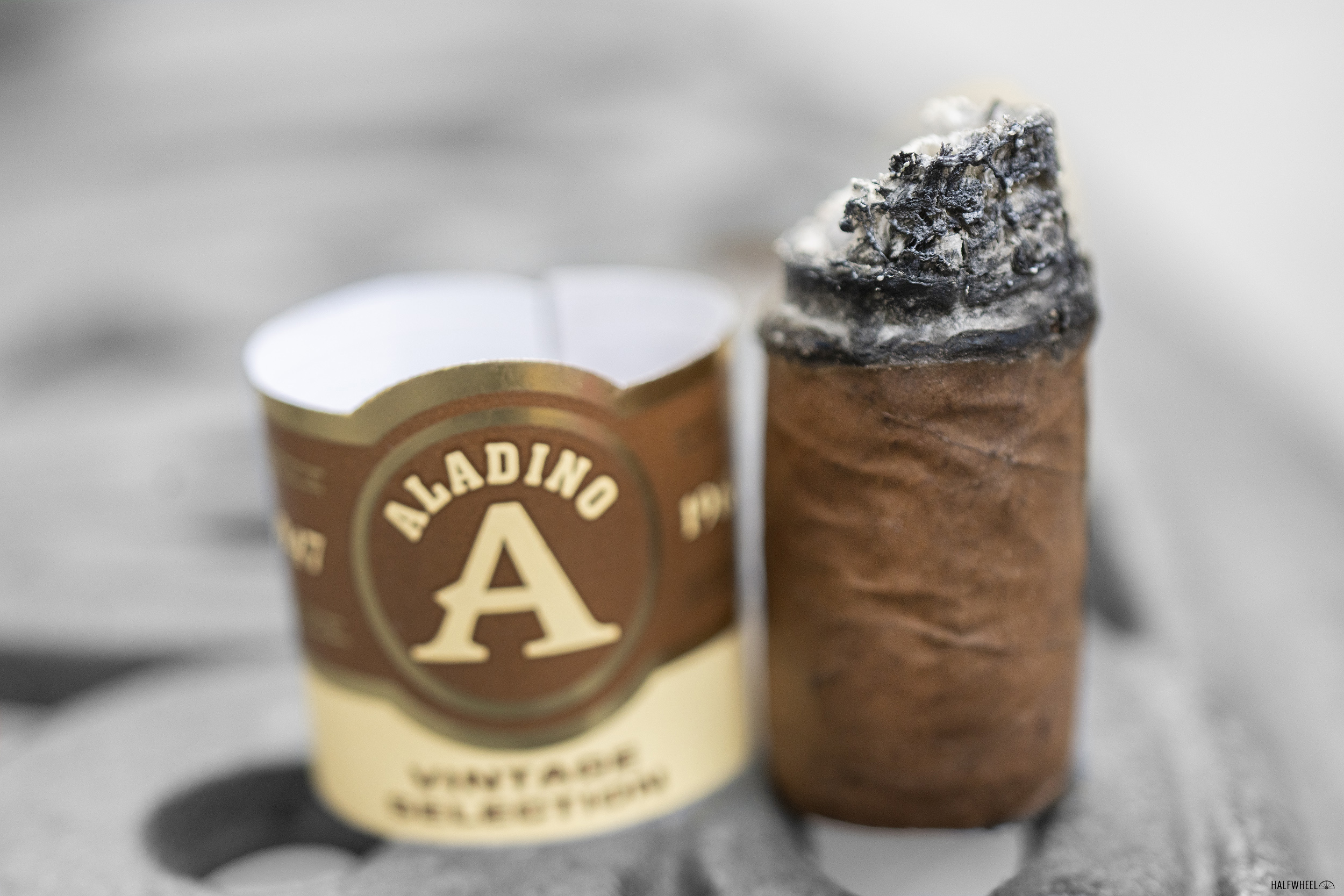 Aladino is one of the under the radar brands on the market today, and the Habano Vintage Selection Rothschild easily continues that tradition. The profile is complex, balanced and full of flavor, with the added bonus of the construction, which was excellent out of the gate. While I am absolutely looking forward to trying the new vitola or vitolas of this blend when they are released, for $6 you will have a hard time finding a better tasting and better-balanced cigar right now.