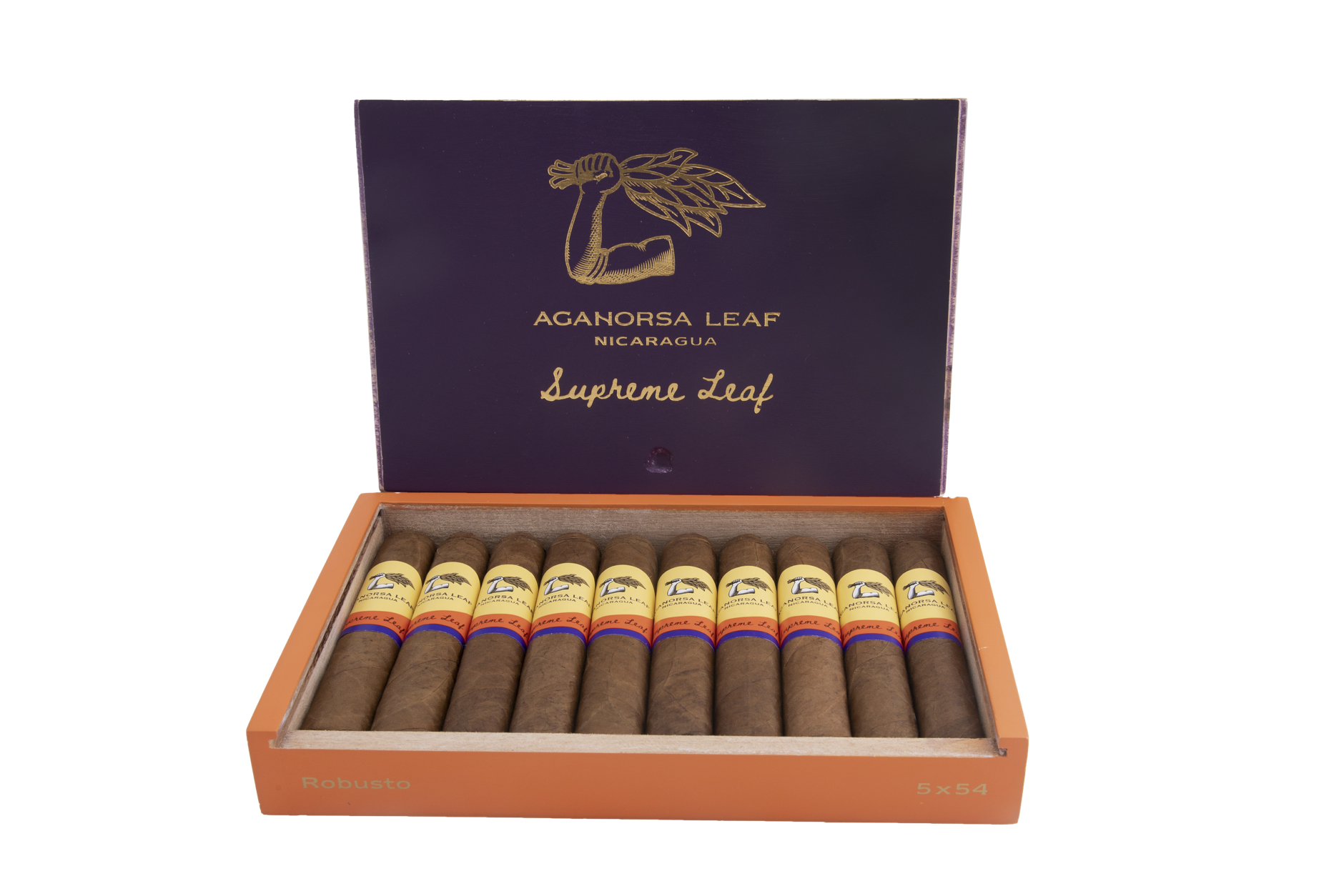 The fifth size of Supreme Leaf will be remarkably similar to the first size.

In February, AGANORSA Leaf will begin shipping the new Supreme Leaf Robusto Extra, which measures 5 x 54. For those that think that sounds familiar, the first Supreme Leaf was a 5 x 52 robusto.

“Demand for Supreme Leaf continues to grow,” said Terence Reilly, vp of sales and marketing for AGANORSA Leaf, in a press release. “We selected a robusto vitola just as we did for the original release; however, we changed the ring gauge to 54 from 52. It’s always interesting to see how subtle changes create different nuances in flavor and aroma. We’re excited to see how consumers react to this incredible expression of the blend.”

The Supreme Leaf blend is a Nicaragua puro. The Robusto Extra size will have an MSRP of $11.50 per cigar.

Of note, AGANORSA Leaf says this release is limited to 2,750 boxes of 10 cigars and that the company does not intend to make more later on. Previous Supreme Leaf releases have been limited production, but not outright limited editions.