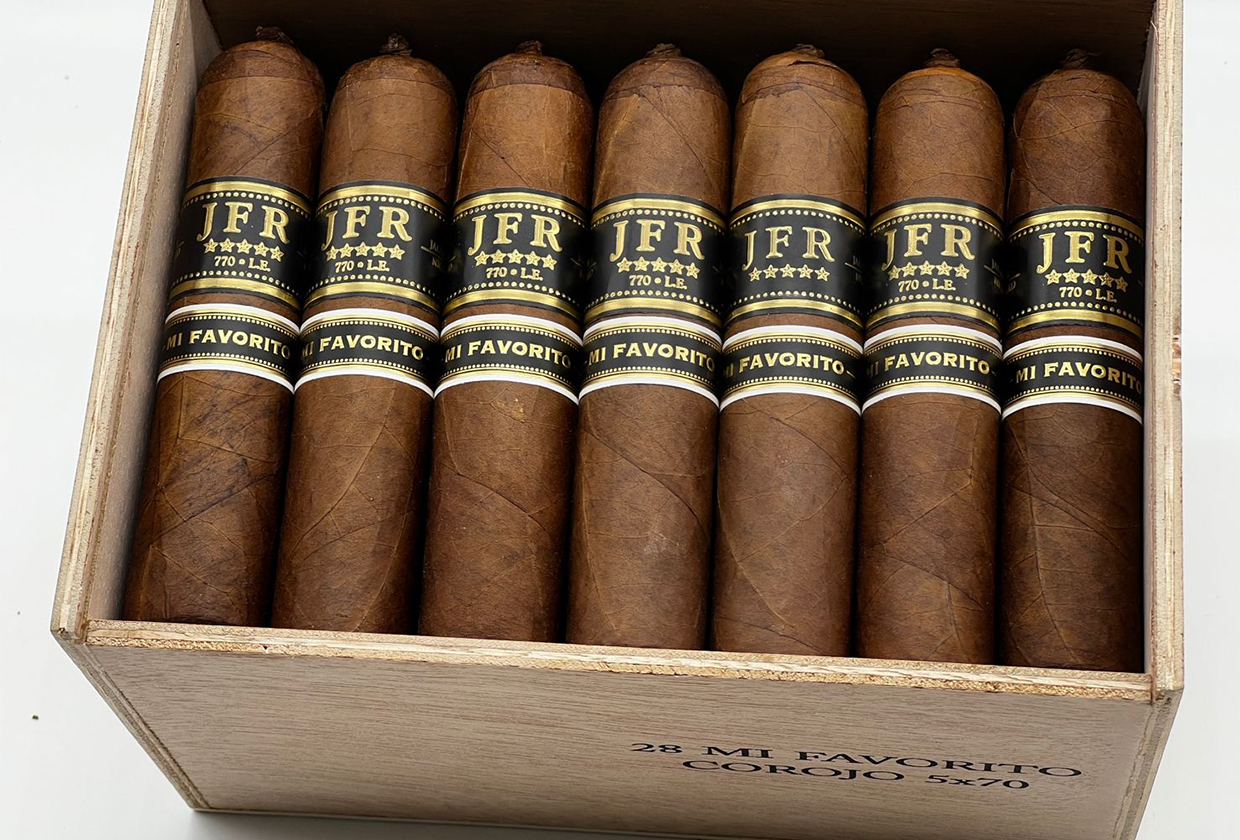 A new 5 x 70 vitola called Mi Favorito is coming to AGANORSA Leaf’s JFR Corojo and Maduro lines according to a LinkedIn post from Terence Reilly, the company’s vp of sales and marketing. “New size of JFR coming in a few months,” wrote Reilly in the post. He declined to disclose any further details, saying that a formal announcement would be coming at the end of the month.

The Mi Favorito will be the sixth size for both lines:

Both blends are Nicaraguan puros and both use corojo-seed wrappers, thought the Maduro undergoes a fermentation process to make that wrapper darker than its counterpart, while giving the cigar a stronger blend profile.