During the 2019 IPCPR Convention & Trade Show, Drew Estate showed off not one, but two different new blends being released specifically to commemorate the 20th anniversary of the ACID brand. The first was Kuba Arte, a 5 13/16 x 54 belicoso that was released in July 2019 as a collaboration with five different Brooklyn graffiti artists from New York who produced original art wrapped around seven different water tower boxes the cigars are packaged in.

One month later, Drew Estate shipped the second release celebrating the anniversary: the appropriately named ACID 20. Unlike the Kuba Arte, the ACID 20 is packaged in more traditional boxes—albeit with a flashy chrome and black motif—and debuted in a 5 x 52 box-pressed robusto instead of a belicoso. It’s also a regular production cigar that is now getting extensions.

Blend-wise, all of the ACID 20 vitolas incorporate the same Mexican San Andrés wrapper covering an Indonesian binder as well as filler tobaccos sourced from Nicaragua. The company says that it is finished with an infusion that is “truly unique, and worthy of the double decade title.” 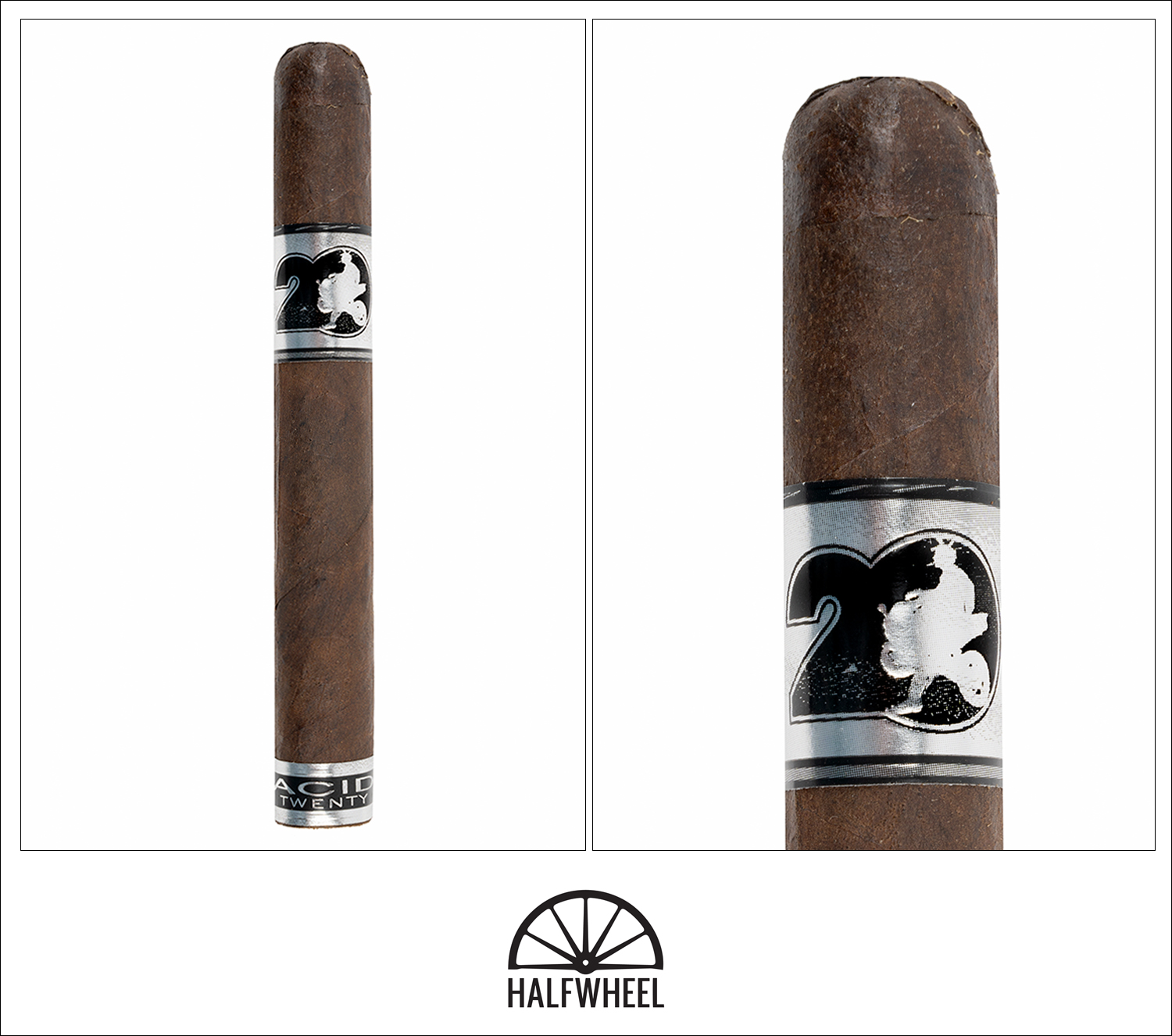 Even through the cellophane, the aroma of the ACID 20 is aggressive with potent notes of cloves, pineapple, cinnamon, allspice, grapefruit, perfume, earth and leather to go along with its extremely dark brown wrapper. While the wrapper looks great visually under the highly reflective silver and black of the main band, it is also extremely toothy—almost like coarse sandpaper—and is covered in copious amount of oil. After cutting the cap, the cold draw brings flavors of cloves, almond paste, cinnamon, orange peel, tart lemon citrus, milk chocolate and herbs.

It is impossible not to notice the saccharine sweetness that covers the cap of the ACID 20th, and it is not a great introduction to the cigar. After lighting the foot, the flavors start-up quickly, some of which nearly identically mirror the cold draw: cloves, orange peel, cinnamon, sweet hay, creamy peanuts, earth and powdery cocoa. There is an unmistakable floral sweetness on the finish that already seems to be dissipating, while the spice on my tongue and pepper on the retrohale actually seem to be getting stronger. Construction-wise, the draw is excellent after a straight cut while the burn is very close to razor-sharp and the smoke production is both dense and thick off of the foot. In terms of strength, the ACID 20 starts out a bit past the mild mark, and while it does increase enough to get closer to medium, it seems to stall about halfway there by the time the first third comes to an end.

As the second third of the ACID begins, the sweetness on the cap has disappeared for the most part, while the infused flavors begin to subside noticeably, replaced by more traditional notes of freshly brewed sweet tea and cedar followed by lesser flavors of pecans, leather, sweet hay, oak, citrus, cloves and cinnamon along with just a touch of floral. There is also quite a bit of fruity sweetness on the finish that reminds me strongly of plums, along with some slight spice on my lips and a bit of black pepper on the retrohale. The overall construction continues to be excellent in all aspects, and while the strength does increase a bit, it still fails to reach the medium mark by the end of the second third. The more traditional tobacco flavors really begin to shine during the final third of the ACID Toro, in direct correlation to how little of the infused flavors are left in the profile. The dominant flavors shift again, this time to a combination of roasted espresso beans and cocoa nibs on the palate with secondary notes of brewed sweet tea, milk chocolate, cinnamon, leather, cedar, leather tack and hay. While the floral sweetness has faded from the finish, it has been replaced by a honey sweetness that combines much more naturally with the black pepper and spice that are still present on my tongue and the retrohale respectively. The overall construction ends the same way it began—i.e. amazing in all aspects—while the strength manages to get very close to the medium mark just as I put the nub down with a little more than an inch remaining. 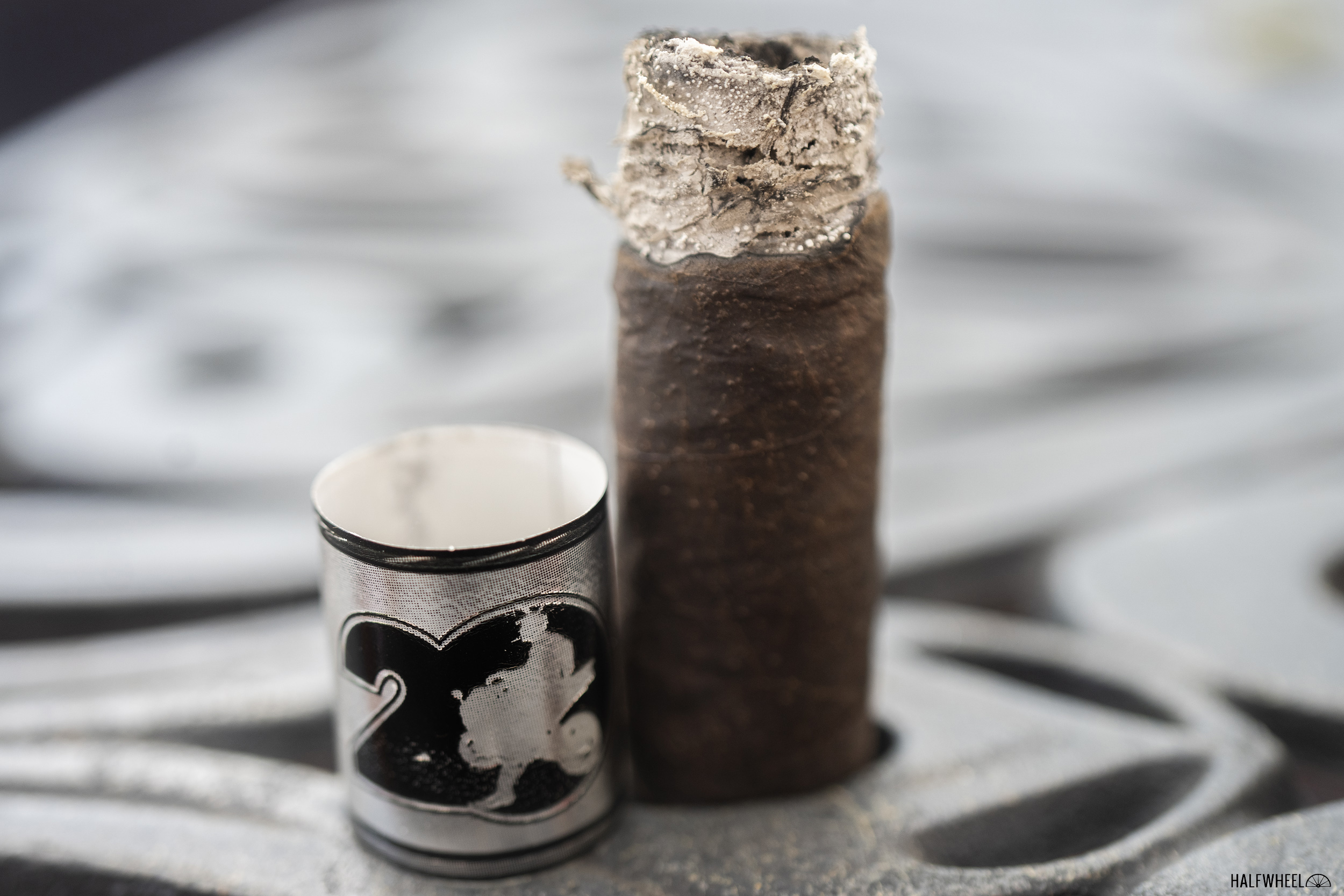 Even after all the years I have been smoking, I am constantly surprised at how much less pervasive the flavors in most infused cigars are on the palate as opposed to what is present in the aroma. That is definitely the case with the ACID 20. While both the saccharine sweetness on the cap and the fruity aroma are almost shockingly aggressive—the latter almost knocked me off my feet the first time I smelled it, even before taking the cellophane off—the actual profile bears very little of either after the first third. In fact, the second and final thirds are full of more traditional cigar flavors and significantly improved balance, as well as the same amazing construction for both the burn and draw. Infused cigars tend to get a bad rap from some of the cigar-smoking public, but there is plenty to love about the ACID 20 as long as people are willing to give it a fair chance.