Smoke Inn announced today that the eighth and newest addition to its Microblend Series™, the 601 La Bomba Bunker Buster™, is scheduled for a June 6th release at the retailer’s Casa de Montecristo location in Boynton Beach, Fla. The Bunker Buster is a 5 1/2 x 56 figurado that uses a Nicaraguan Habano claro wrapper, Nicaraguan Criollo binder and Nicaraguan fillers to create a profile described as “a full-bodied, bold smoking experience” by Abe Dababneh of Smoke Inn.  It has a limited run production of 5,000 cigars, split among 500 ten-count boxes. The cigar sells for $8.95 per stick and $89.95 per box.

Pre-orders for the new release will be accepted beginning on Friday, May 23 via the store’s website, with the cigars shipping on June 9. Pre-orders will also receive a free military challenge coin. 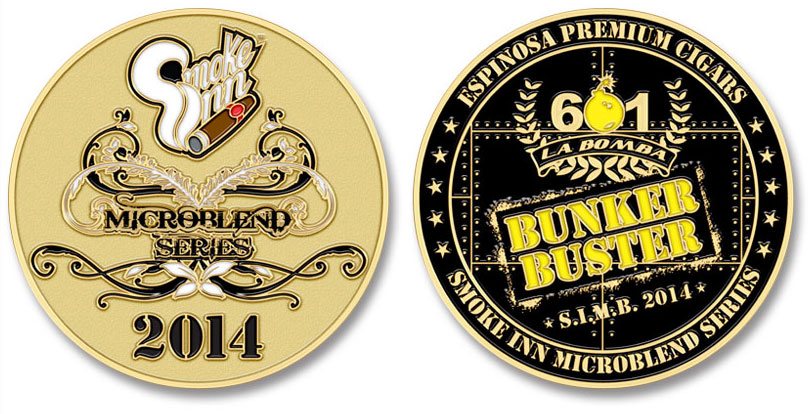 The cigar was first announced in November 2013 and was first seen in January of this year. It made its debut at a VIP dinner on February 21 as part of Smoke Inn’s annual “The Great Smoke” event, with attendees receiving a commemorative five-pack of the cigar.

The release date was scheduled to coincide the 70th anniversary of D-Day, when more than 160,000 Allied troops landed on the beaches of Normandy, France to fight Nazi troops during World War II.