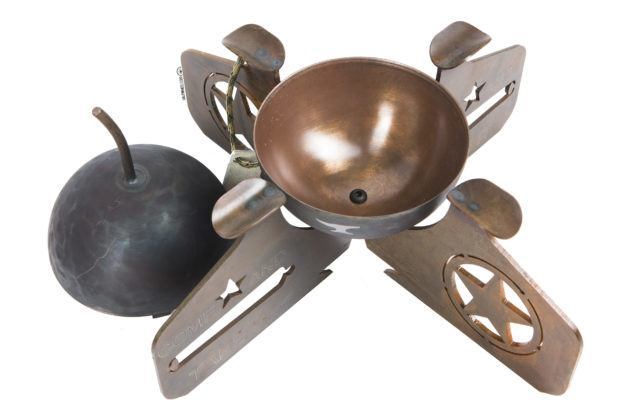 Today I’m going to be taking a look at The Cannonball ashtray, made by Wicked Anvil, based out of Houston.

Not having previously been aware of their products, when the package arrived I was curious why I was being sent such a large, heavy box from the halfwheel office. Opening it up however, I quickly found a solid metal object that was more sculpture than ashtray. It’s emblazoned with iconic Texas symbols like the Texas star, cannons, the Famous Texan words COME AND TAKE IT and the company’s anvil logo.

Weighing in at 4 pounds, 5 ounces, the all-metal ashtray consists of a four-footed base, each with a stirrup-style cigar holder on top, and a cannonball shaped centerpiece that splits in half with the top coming off to reveal a deep bowl for your ashes. While it’s not quite as large a receptacle for ashes as the Stinky ashtrays, it’s still pretty big at 2 1/2 inches deep and 5 inches wide. It easily holds half a dozen finished cigars and their ashes before you need to empty it, though it could probably hold more. One nice thing about it, is when you’re done smoking but might not want to empty the ashes, is you can pop the top half of the cannonball lid on, concealing that ashtray-funk that always seems to permeate the surrounding area. 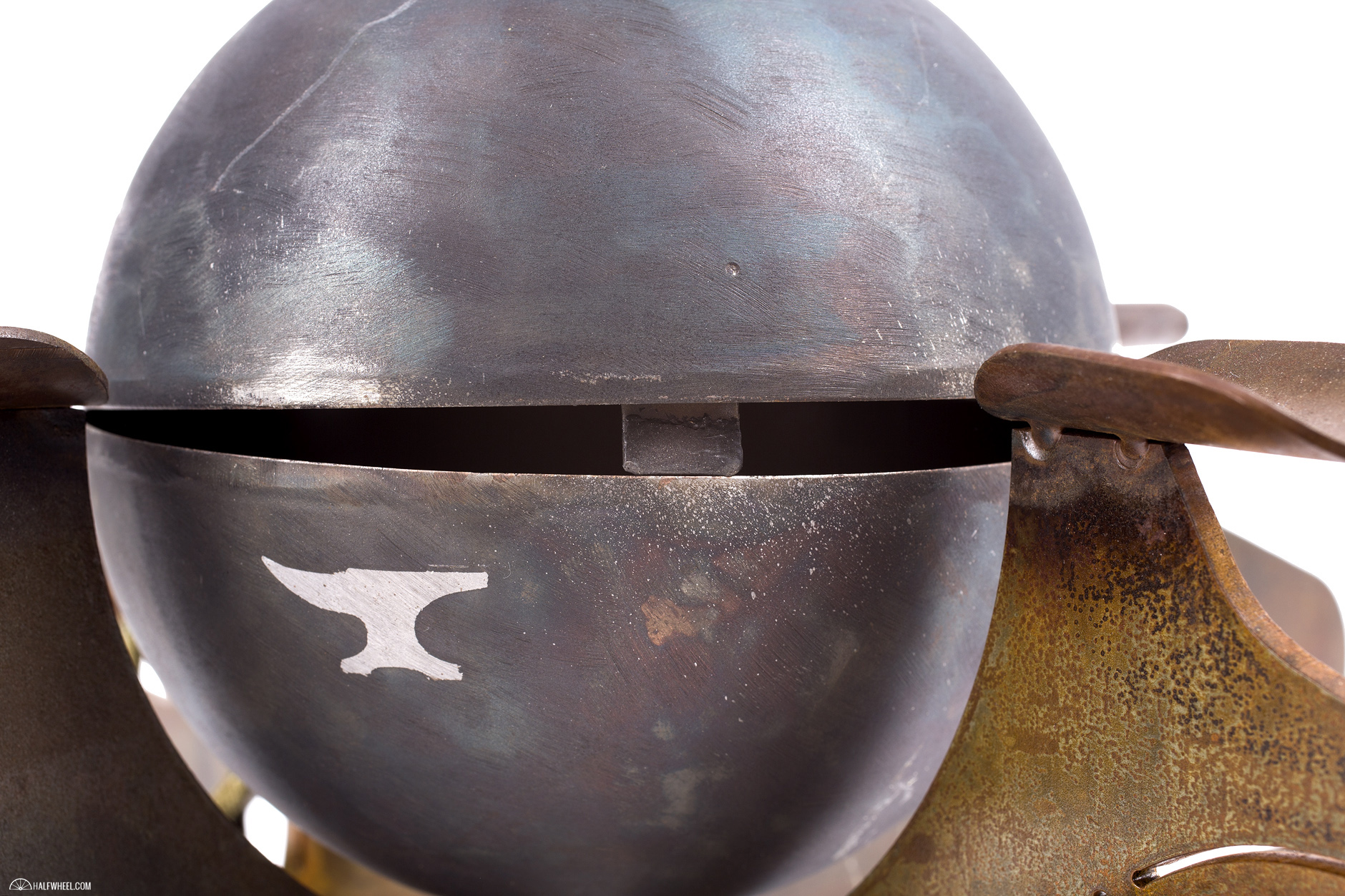 One feature I do wish it had however, was an easily removable bowl that kind of sat on the base, instead of being attached to it. Because it’s attached, you have to pick up the entire thing and go awkwardly dump it in the trash, usually getting ashes all over one or two of the stirrups in the process. I will say the cannon cut-out does make a nice handle to hold the heavy ashtray with as you’re carrying it around. 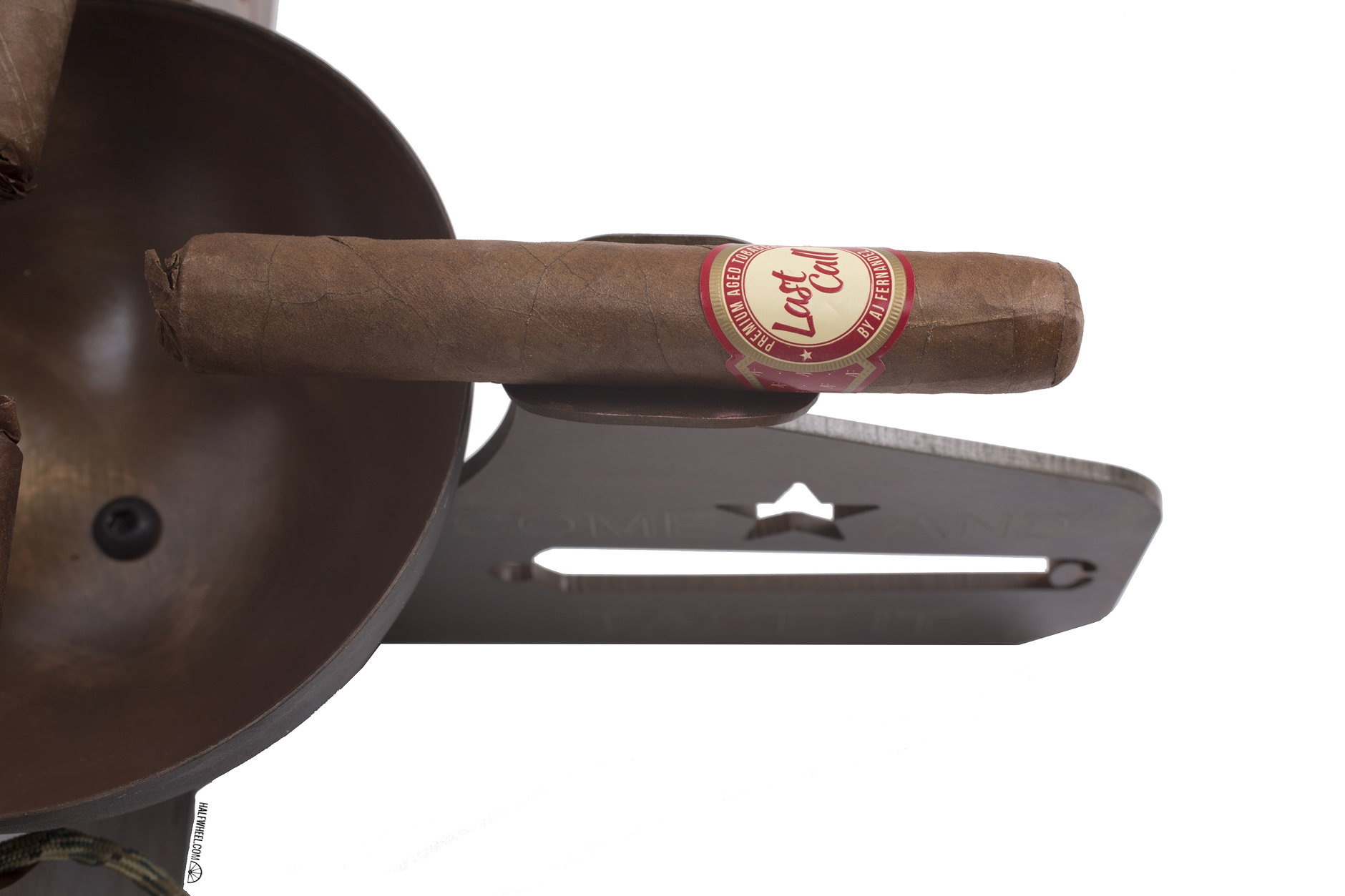 The stirrups to hold your cigars are the perfect depth, width and length, allowing every shape and size of cigar I smoked in the past month to sit comfortably and securely in them, with no amount of wind or table-bumping dislodging them from their perch. As with most four-finger ashtrays, I do see how multiple cigars around six inches or more having trouble fighting for space at the same time, though with only myself it was obviously never a issue. 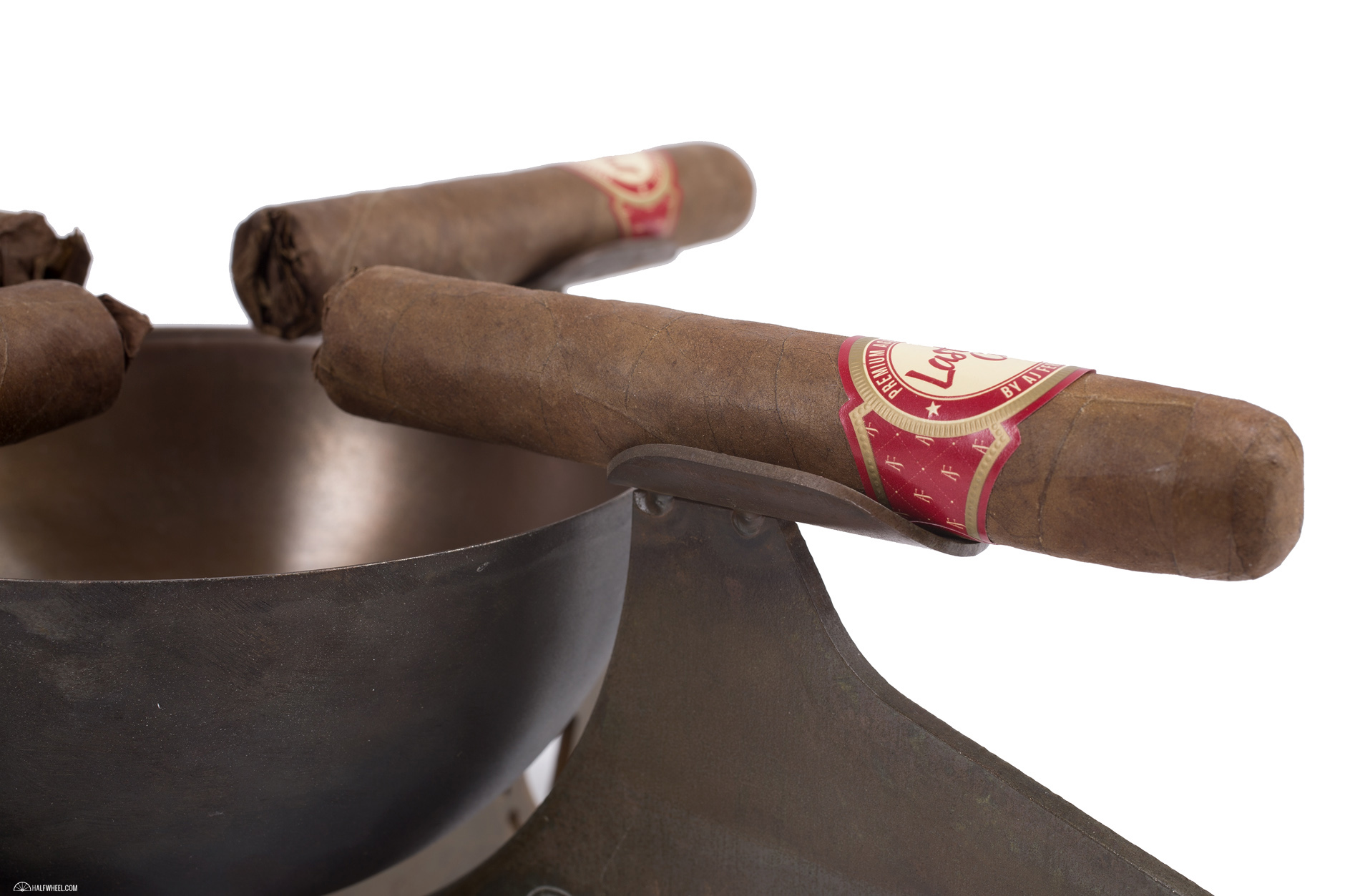 There are a few minor problems I have with The Cannonball. The first one is that it takes up quite a bit of space – it’s 9 1/2 x 9 1/2 and another 9 1/4 tall (with the lid on). If you have a small side table next to your smoking chair, you’ll find that the lid will take up on quadrant of the ashtray, your lighter and cutter another, and then your drink in the third easy-to-reach section. This is really not that big of problem, as most people will be at a larger table. Even if you do have a smaller table though, like I said – it’s just a minor inconvenience. 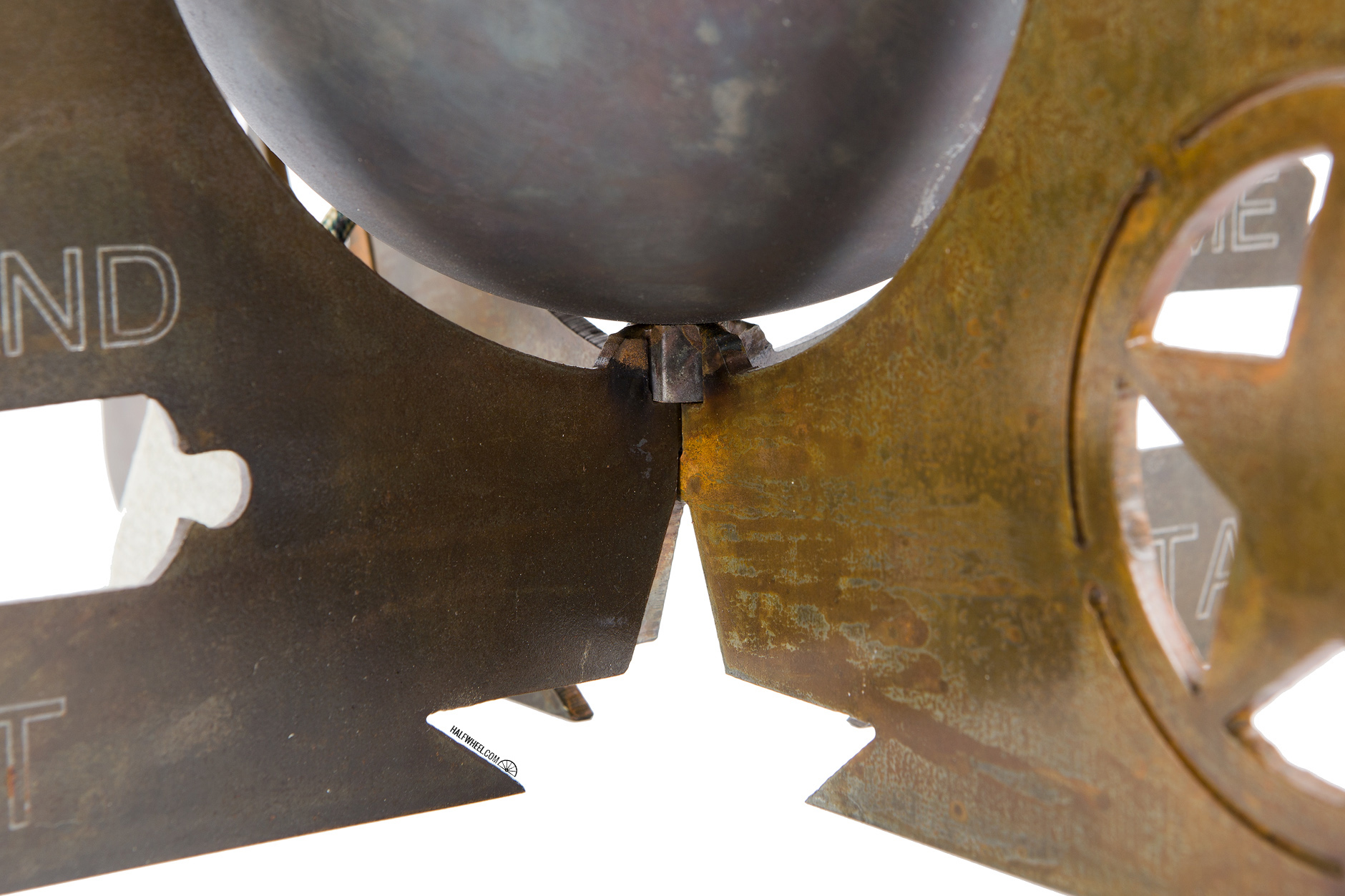 The second problem I have is that while this would be safe as an indoor ashtray, I smoke outside exclusively, and this is metal. While it at first appeared to have some sort of coating on the metal, after a few weeks of being outside I did notice a bit of rust developing on both the inside of the bowl and the bottom of the base. Luckily, my tables are glass topped, so the rust on the table just wiped away, but if they were another material that could’ve easily stained the tabletop.

My last minor issue has to do with the aforementioned glass tabletop. This is a heavy metal object, and none of the feet have any sort of padding or lining on them, so I needed to be very careful setting it down on the glass. I will say it never scratched the glass—unlike the GRAMM Works The STAG did—the feet are smooth and rounded so I don’t see that being an issue. Honestly though, the base pieces are fairly narrow, so I’m not even sure how padding could effectively be added to the ashtray. In the end it just needs to be something you’re aware of when you’re setting it down. Having said all that however, I really want to reiterate how minor those issues were. Overall I was not only impressed with the functionality of the ashtray, but impressed at just how cool it looks sitting on my back porch. Poking around Wicked Anvil’s site, every single ashtray they make—even down to the small BRIK cigar holder—are all absolute works of art. Of course, functional art does come at a price, and The Cannonball will set you back $185. I don’t see this as an issue for most cigar smokers looking for a nice ashtray, as you could easily spend way more than that on other accessories like lighters and humidors. So if you’re looking something more than just a plain ceramic ashtray, this is a great option. I don’t see this solid metal ashtray falling apart anytime soon either, so any cigar-smoking Texan will be able to display it in their smoking area and use it for quite a long time.